I have the garbage integration installed and have 3 sensors setup for each of the 3 bins we have.
I have anode that does tts with an echo device. I know that works. The sensors have a state called today, which is obviously the day that bin is due to be collected. I added a state change node and added is true pointing at one of the bin sensors. If i link the alexa routine node that does the tts, she doesn’t say anything. Even if i force the state from the dev page to be today. I also tried adding a change node in case i needed to change the payload from true to on as i was also trying to make it say this at a certain time in morning other wise she will announce bin as soon as it becomes the next day, probably after midnight. I thought this would be a simple flow, but i’m missing something 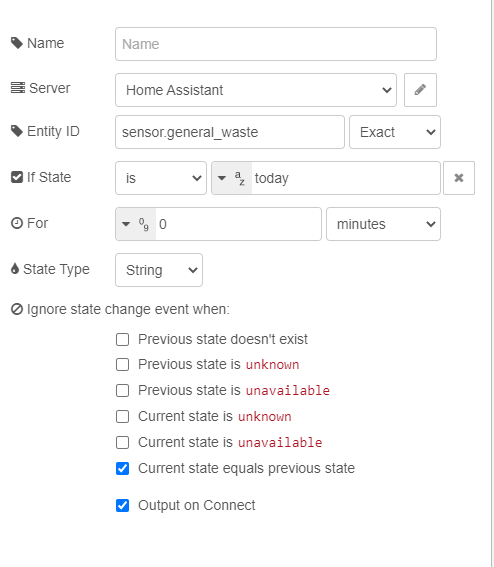 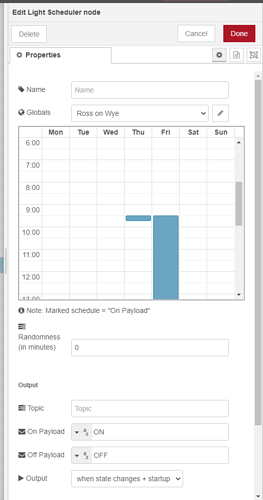 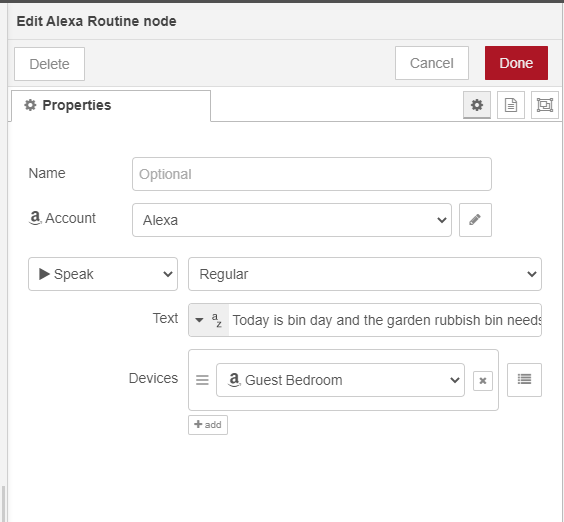 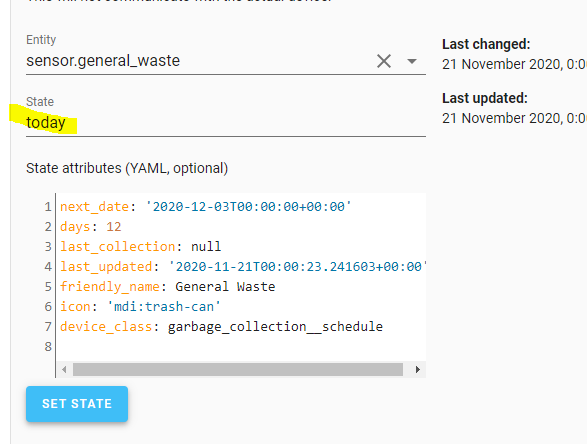