Am trying to get read Energy Monitor through modbus and sending it through to HA through MySensors MQTT gateway.

When presenting S_POWER, HA expects 5 values (VA,VAR,W,KWH,PF) which i am sending.

the problem is, on auto discovery, the attribute of each of these entities will include the value of the other ones, it’s getting recorded and make db very bulky.

am i missing something here ?

You should create one child per measurement you want to report.

Database design and consideration is part of the home assistant core. The mysensors component is using the core architecture/features and is following guidelines in this regard.

I’ve done that already, the issue is, when presentation is done, it expects the associated sensors data.

Those are all debug level log messages. If you’re not experiencing any other issue, and your sensors are showing the values you’re expecting, you can ignore the debug messages.

This is mentioned here:

Instructions on how to integrate MySensors sensors into Home Assistant.

Note that the log will log all possible combinations of platforms for a child type that failed validation. It is normal to see some platforms fail validation if the child type supports multiple platforms and your sketch doesn’t send all corresponding value types.

Thanks, that makes sense.

Any idea how to pass HA friendly name for individual child ID? the auto generated one from HA are not actually friendly!

Customize the friendly name in customize under homeassistant in the configuration.yaml, or in the frontend editor for customize.

Simple customization for entities in the frontend.

I struggled to understand this too.
Can the message validation be made smarter?
As far as I know, the sketch send function can only send the value of one variable at a time so it would be impossible for HA to validate all variables from a single message transmission.
Why not ignore the other possible variables and check only the one received?

I do agree that it makes sense to use another child ID for the other variables since the HA state supports just one value.

I agree that the debug log is confusing for new users, but I haven’t figured out a better way that is both informative enough but not confusing.

I do think that these debug log messages have value when debugging.

Here are links to my sketch that measures temperature, humidity, pressure, and battery voltage using a Moteino M0 with RFM69HW radio and BME280 breakout attached. Much lower power than an ESP8266 version I built earlier. 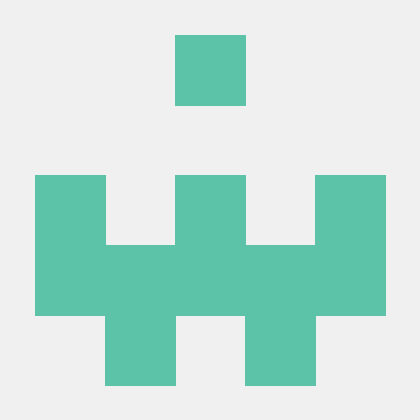 Contribute to gb53smith/Public development by creating an account on GitHub.


and my HA configuration:

Home Assistant. Contribute to gb53smith/Hass development by creating an account on GitHub.


Coming from the Home Assistant side I don’t understand why MySensors has so many sensor types that all do the same thing. Namely, reporting a floating point value.
In the above example, I use S_CUSTOM as the sensor type with the V_VAR1 variable type for all four of the sensor values sent to the controller (HA). It is easy to customize icon, friendly name and units as shown in the customize.yaml example.
Furthermore, I don’t understand how associating more than one variable type applies to a Home Assistant controller. Here is the communication sequence: One child ID sends one variable which becomes one state value. So I see no value in checking other possible MySensor variable types when one is received.
In my example I get DEBUG warnings for V_VAR2, V_VAR3, V_VAR3, V_VAR4, V_VAR5, and V_CUSTOM.
I suppose I could use S_HUM since it only has one variable type, V_HUM. That seems silly.
I don’t see any reason to check variable types that have not been received. I found it easy to debug just by looking at the HA states and the mysensors1.json file in the /config directory. The DEBUG messages just confused me.
martinhjelmare August 7, 2018, 6:20am #10

I also tried the MySensors Light example from the HA component document page. Like you say it requires the use of two variable types for the S_DIMMER mysensor type assigned to a single child ID. Work fine in HA. V_STATUS goes to the HA entity state and V_PERCENTAGE goes to an attribute of the same HA entity.

PS.
I see that you are a contributor to the MySensors documentation.
I think the following #define needs to be added to each sketch example: