Ah, thank you for letting me know that. In which case I will eliminate all the integrations and add them back one-by-one and see if I can track it down…

After updating to 0.117.2, I’ve been deleting integrations and rebooting for the last few hours to identify which integration is the problem. I have it down to three possible integrations that are causing this:

@joshward9182 @d43m0n Do you guys have any of these three integrations running?

I haven’t none, but I have the same problem.
My integration:

I am seeing this issue as well, yet less visible (got plenty of ram in the proxmox system running my HA Docker).

Hypothesis: In another forum (in Dutch language) someone reported issues with the esphome integration, zeroconf and default config as well: they did not setup correctly (which is strange for default config). If I look at the common denominator here (it is part of some piece of core), could it be zeroconf or networking related? I see a lot of integrations listed that rely on zeroconf. It’s only a hunch though…

How could we potentially verify what is eating all this RAM?

My plan was to stop all Add-Ons and then restart them one at a time. However, @hunterjm is correct in that it’s more likely an “Integration” issue and not an “Add-On” issue.

So I am now in the process of removing all Integrations from Configuration > Integrations and starting without any (which causes the issue to go away). I wrote down all my previous Integrations and so I am adding them a few at a time, and then rebooting. And then monitoring the Memory Use graph I have in Grafana.

@SiriusGen I have the Ring integration.

I will upgrade, remove Ring and monitor over the next couple of hours.

I’ve added all my other integrations back on, and the only one missing now is Ring. I’m about to reboot and then head to bed (been on night shifts) so will see if the memory is used up through the day. If not, I will add Ring and see what happens.

EDIT: This was incorrect. I also hadn’t added the BROTHER printer integration back on…

All I can say is that I am investigating my own installation, and so far it was between Tile and Ring (EDIT: and Brother)…

It takes time for the memory to fill up. It’s about a couple of MB every 5 minutes. So the graph takes over an hour to develop into the rising slope or not.

It may be the case that others don’t have a Ring issue. It may not be ring at all. There’s nothing in my logs that show an error. And 0.117.2 is fine at the moment without Tile or Ring running…

I’m still looking into it.

Yes, thanks @Dansker, I was aware of the ONVIF suggestion and reports. I don’t have ONVIF integrations, add-ons or anything in my .yaml files for ONVIF. But I see that others are noticing the issue too.

For the record @hunterjm, my intention was to try and pinpoint more accurately before I opened a bug report. I haven’t “opted not to” report it, I would just prefer to have more information to give. Which takes time. That’s more in my nature. I see too often on forums like this and Discord that people get put down for not offering enough information. Hopefully when I wake up I’ll have a better idea.

Thanks for checking things.

But, I do not have a ring.
And me too have ram problem.

I did not add new intergartions. The only new thing I’m using is; the new Xbox and Xbox live intergration.
(Can this be the problem?)

In 116.4 I used the old school Xbox integration.
(With no problems) 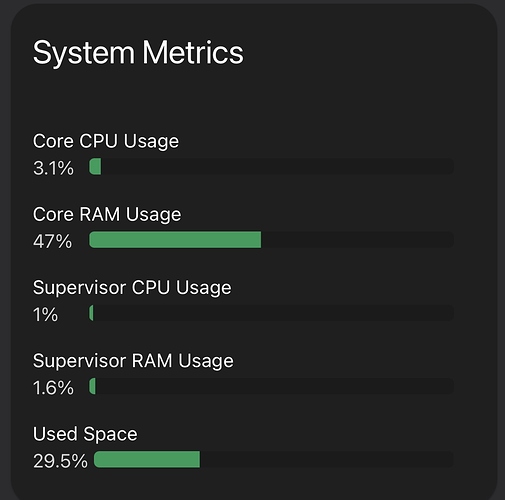 What kind of memory consumption is it? Under Linux systems it is usually quite normal that up to 100% of the memory is in use. However, most of it is then mostly used as cache.

This is for example the normal use on my HA Server: 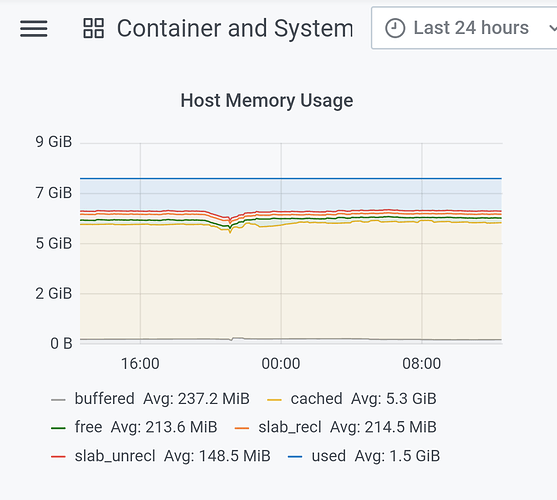 This memory is the memory published by the supervisor about Home Assistant and Supervisor memory. I suppose is the one that is being reported by the docker.

I’m not using any of them (and I am not experiencing the memory leak).

Ring doesn’t appear to be my issue… 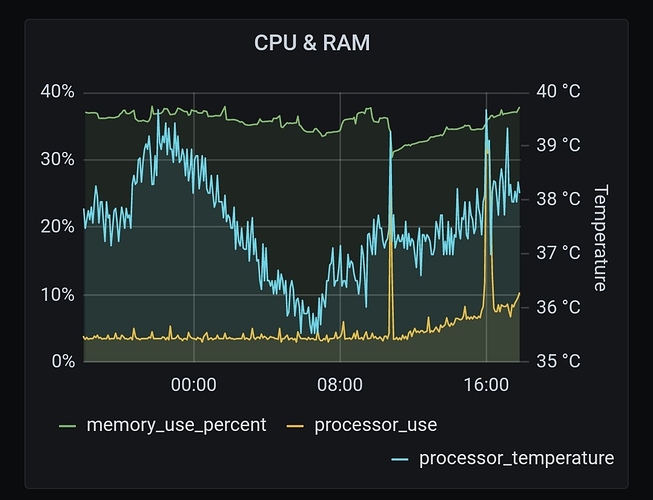 Well, I’m currently baffled. I updated to 0.117.2 and the memory spike happened as expected. I removed ALL my Integrations from Configuration>Integrations and rebooted. I then added a handful back at a time and monitored the memory to see which batch would trigger the increase. I did this for several hours with several batches.

I’ve added back every single Integration that I deleted, and there’s no memory increase.

That doesn’t give much clarification on the issue, but I did say I would report back. I’m pretty confused.

The last two Integrations to be re-added were Ring and Brother integration. None caused immediate memory increase after adding. There were no errors in any logs. However… I forgot to reboot the device.

I have rebooted now, and my Core log is showing the following error repeatedly: 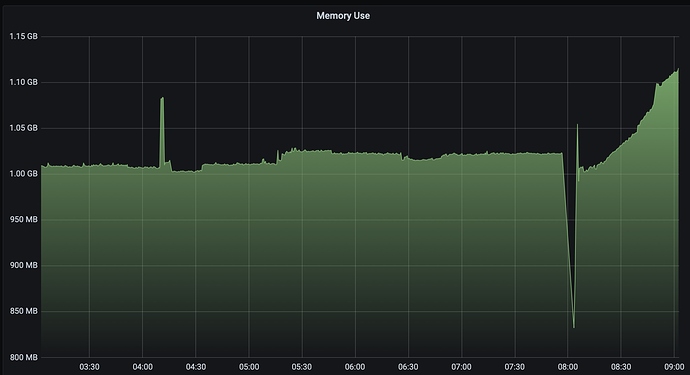 To be honest. I think the problem is in 117 general.
I went back to 116.4 yesterday and all is good now.
When I only upgrade to 117 (no extra integrations or changes! just hit upgrade) the ram keeps climbing. (as told before we do not have Ring or cameras)
Also a friend of my has the same problem.
(We both have a pi 4)