I am having some issues accessing python to run scripts on my instance of HomeAssistant OS Hyper-V image.
I am trying to run a script from an automation found here (Xfiniy-usage) and the zip with the xfinity-usage file

But when I go to run this I get the following error:

I see that it was becasue I wasn’t pointing to a dir, so I tried looking for python on ssh and could not find it

I commented out the first line of the xfinity-usage that was the version of python to use?, and then I get these errors:

I looked at the web ui, and under system info I can see that home assistant is running python 3.8.5 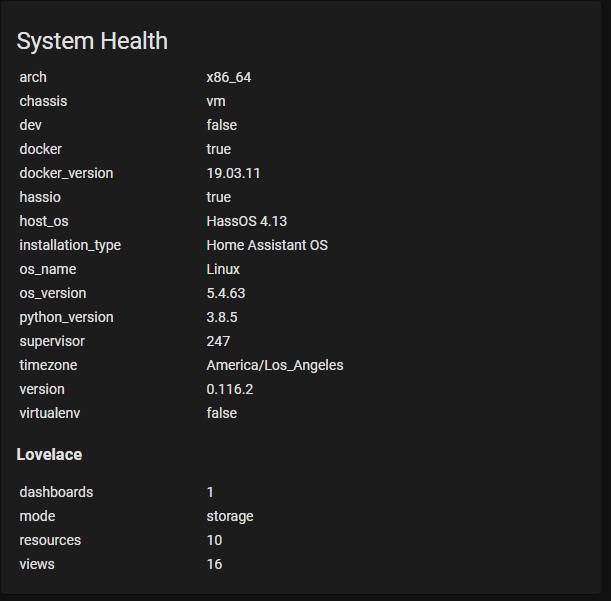 Any advice would be great, as this is proving to be more challenging than I had hoped.

This isn’t how you search for Python that is within virtual environments.
This will search all the files in your $PATH (run echo $PATH to see) looking for something executable called python.

I am not sure where your HA stores it’s virtual environment, but perhaps you can run:

To find all instances of python.

I appreciate the help. I was able to find two locations containing a python executable

But, trying to run any of them gives me the following permission denied error:

There are also some pyvenv executables in the completions dir, but the same error

None of those are what you’re after unfortunately. Those are for bash completion as mentioned.

You might need to use "python*" as your query, so:

This is the results: