Do you know any physical alarm controllers that work with Home Assistant, MQTT or Z-Wave?

I just found Zipato Keypad with just few numbers and some virtual ones based on Android apps.

I see a big hole on the market for this. I love HA but I really don’t want to control my house with screens all over. An elegant solution with RFID, NFC or keypad would be very interesting.

I am working on a DIY project with a Keypad. It’s an ordinary 12V keypad with RFID badges, which is hooked up to a ESP8266 that acts as the brain for this project. This ESP is connected to HA trough ESP home.

When i type in the code or hold the badge in front of it, it sends a 12v signal which then gets pulled high on the ESP. On the back-end of HA a script runs which then deactivates my alarm.

It’s pretty simple and only uses high and low signals which triggers some scripts. The keypad is not that large and i can nicely hang it in the hallway near the entrance. I can derive 220V from there which can eventually power the complete set-up I’m now at the end of the project, meaning its in need of the WAF. But waiting on some parts from china

This is the keypad which i’m using 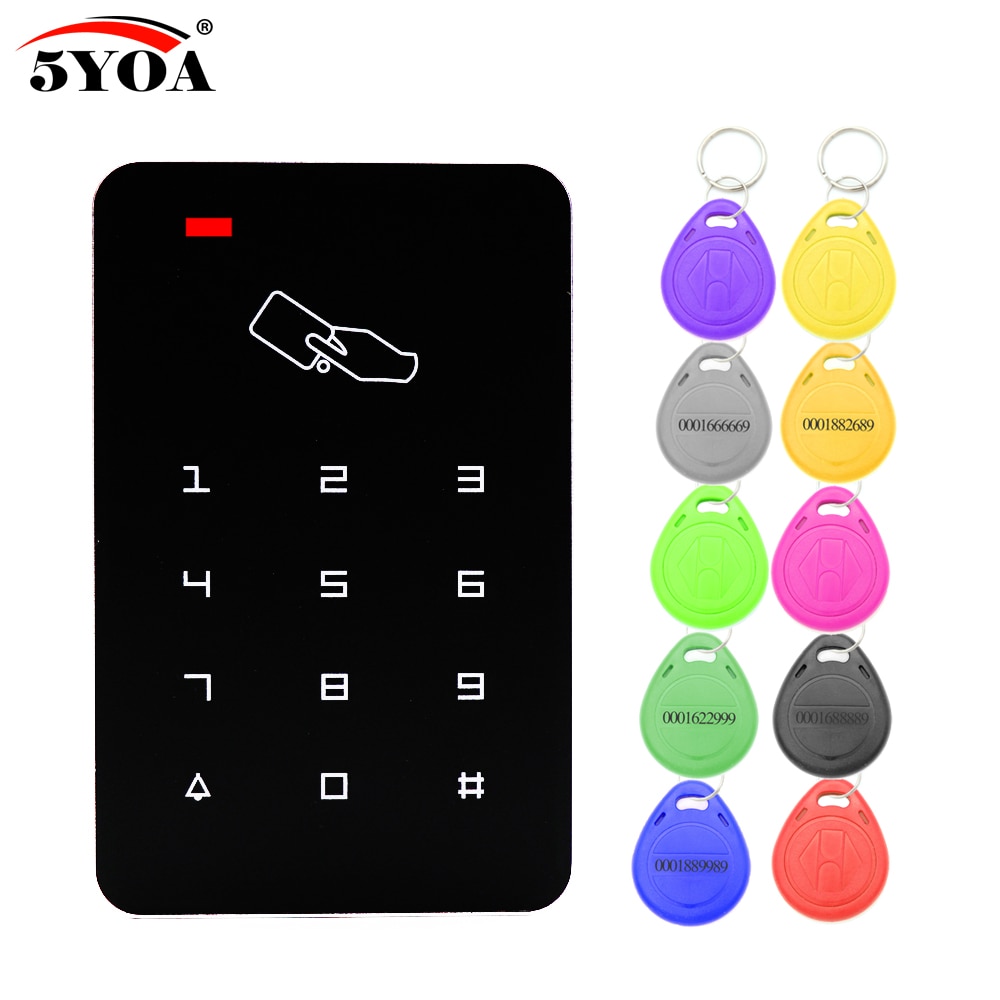 Also very much looking into this. I really like the Abode Keypad 2, looks really nice and is battery powered. However I don’t want to buy the full Abode system just for the keypad anyone who knows any other alternatives?

I have a Centralite 3400 keypad. I’ve managed to get it to pair with zigbee2mqtt but haven’t got much further unfortunately.

Zipato was the first one I found as well. Limited info out there but there’s a YouTube review.

This is mostly what I’m looking for:
https://www.climax.com.tw/new/kp35zb.php

I’m contacting the manufacturer and looking to see if it’s available in Europe, but I’m not sure how much to trust security controls by a company that cannot keep their SSL certificate up-to-date…

edit:
interesting that there is a Yale keypad with the exact same model name as another Climax keypad. Description The Yale KPT-29ZBS is a ZigBee Remote LCD Keypad with Tag Reader. It is designed to have quick access control of the ZigBee network coordinator or system control panel. Also by assigning User PIN Code to a Tag, users can use the Tag to...

Is there somewhere I can follow your project? I’m interested in how you are doing this. Looks like a pretty cheap way to get what I need.

Also what do you mean with WAF? I thought that was a firewall, but that does not really seems to be in need for this?

I just recently started doing the project again as I was to lazy and my complete HA needed a reboot and fresh install on a SSD.

I now have everything hooked up, my alarm buzzer works, my code works. But made some mistakes so I blew op my ESP chip throughout the process. But don’t have them laying around anymore, so it’s on a little hold.

When I got them in I’ll make a post about how to hook everything up and what codes I’m using.

For now you can see some pictures attached/below 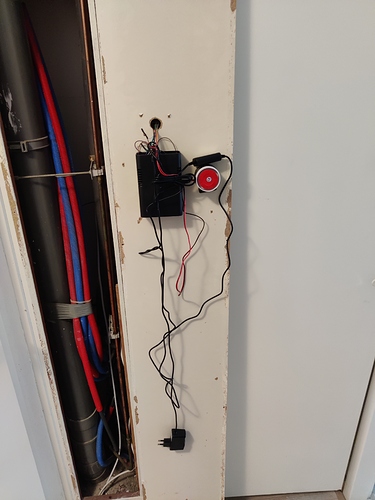 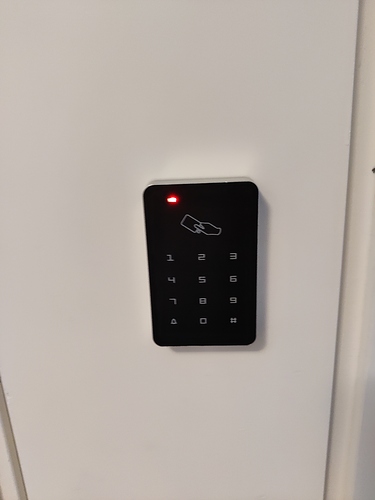 How do you set the code on those devices?

That’s explained in the manual of the keypad. You can set it to whatever you want. I just have it the same as my alarm in HA

I am looking into using your setup. How did you convert the 12V signal from the keypad to 3,3V for the esp?

I’m using a buck converter 3V. Just Google it and you will find it

did you ever finish this project? I can use your help. Thanks in advance

I sort of finished it, after the implantation of the NFC tags I found this keypad obsolete. But I kept using the buzzers.

do you mind sharing the code and the wiring diagram please? much appreciated

I’ve looked for the codes but I don’t have it anymore to be honest. My old backup does not contain this information anymore. Sorry, but can’t help you.