I have tried to import several blueprints from the exchange and when I click ‘preview’, I get an ‘Unknwon command’ red text and the screen stays there.
It happens with both methods: importing them with the new badges or copy pasting the URLs. It happens with all of them, I have not been able to import just a single one. 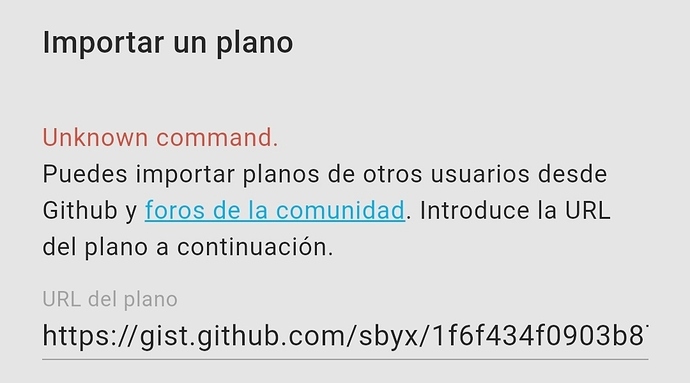 Any idea which could be the root cause?