I almost do not use markdown card in my setup.
Only as a kind of caption for test cards like this: 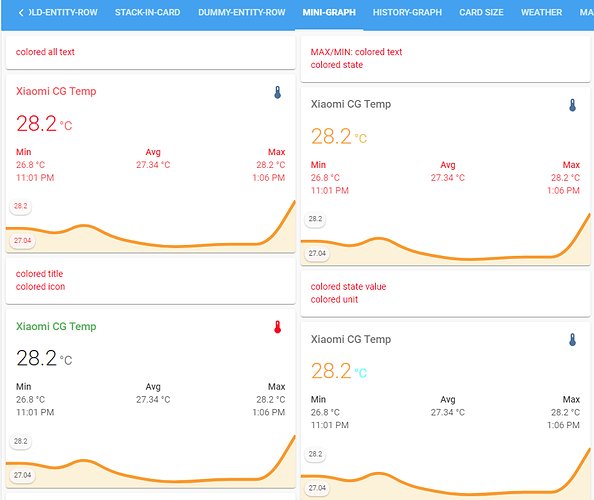 It should work, except when it doesn’t.

The code works but the HA editor does not allow to save changes.
Could be a bug in HA, may be?

Found one more issue with "card-mod" - be careful.
Probably, it is a bug (or a feature) of HA frontend editor. 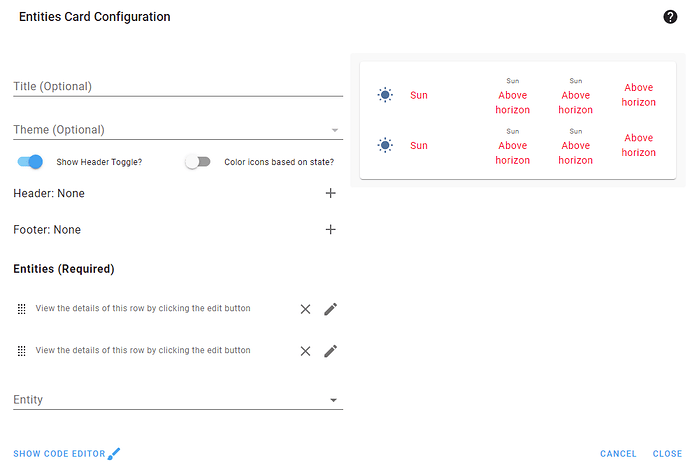 This happens not with "multiple-entity-row" only - it happens with simple entity rows too.
So, do not edit the card using UI editor.

this might be a long shot, but since the custom-card with the ‘issue’ I have with it seems abandoned, please let me ask here:

can we style the position of the title of these shutter cards, which now all seem randomly aligned above the shutter image. Card option is set to 'top. but other than that, the card doesnt offer styling options:

thanks for having a look

Hi. I’m working on a theme in a “Neuromorphic style”
I’m able to customize elements but only in a cards, now i wanna move config to theme file and i’m searching for a help, because every try ends as a failure. Below images as it look in cards configs, and link to github with a working code.

Awesome! Is it possible change the icon for the badges at the top of dashboards using this? I cannot find anything.

only working sometimes, after roundtrips, reload of whatever and only within edit-more/edit popup?

Only a change in the editor (e.g. add remove indent, close/open editor …) takes the changes into account and changes the icon. Is this only possible this way or a known bug/limitation?

I can’t tell you that but you can change the icon’s colour. You might be able to iterate on that but I think you’ll be better off applying your icons using a template (binary) sensor instead. That way, the icon will change anywhere you use the sensor and you don’t need to duplicate the work.

Hi Marius, have a look, played with CSS a little: 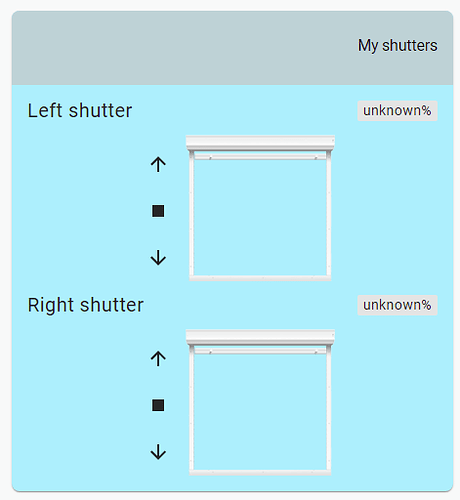 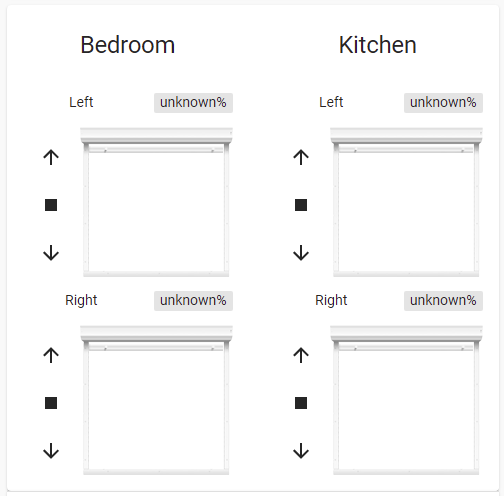 It is strange , but styling the 1st card affects on the 2nd card too…

thank you Ildar.
though some positioning is possible like that, it seem impossible to have the name of the individual screen align horizontally with the icons of the up/down…

Ive also tried a little hack, by using name: 'Name ' so the spaces would cause some horizontal shift, but apparently the spaces are trimmed ;-(

and about the first mod being applied to all cards, I hadn’t noticed in y card setup, because I have a header anchor like on the first:

and use it on all others with:

so it applied already

I now notice the effect though too, and I believe it is what Thomas wrote before, but which is no longer in the documentation somehow…

the stacks are nice! didnt think of that, very clever indeed

the stacks are nice!

does it also, no need for the keep object in the stack-in-card? 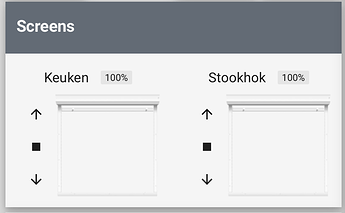 on mobile this is a really cut-off experienced though,

and when tilting to landscape mode, things get even worse… 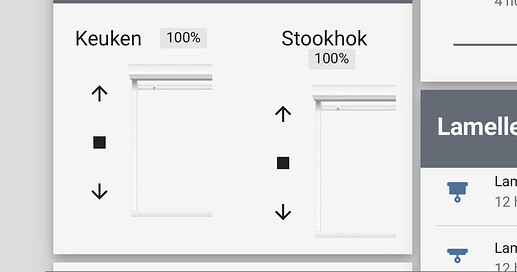 does it also, no need for the keep object in the stack-in-card?

In mobile this is a really cut-off experienced though,
and when tilting to landscape mode, things get even worse…

+1 to that suggestion. Works a treat.

ha, glad you like the state-switch card, so new to it and already suggesting it to me

not really sure what you suggest here? if in portrait mode, use the stack-in-card horizontal mode, if in landscape, use single card config? (I have regular 2 columns in landscape)

if desktop, use stack-in-card, if mobile, use not stacked cards maybe even better, given the fact the cards are cut-off right sided on mobile no matter the view

I cant get it to work, mobile still shows the horizontal stack… (will move this to state-card if the issue remains)

You can set it for screen pixels rather than user agent. I can show an example tomorrow if you like… lidar helped me with a couple of cards a while ago ane I ended up using both… one for iPad in Landscape mode and one for my PC… works really well.

Here is my setup 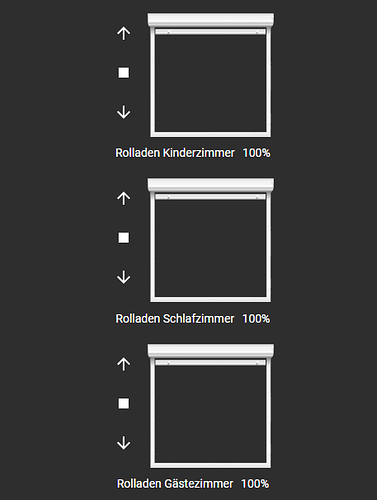 There is something weird with this shutter card - it causes glitches.

The same glitch was mentioned earlier - it was about 2 cards inside "vertical-stack":

It is strange , but styling the 1st card affects on the 2nd card too…

I’m looking for help with sizing and placement of icons. I have a panel in the garage with this

Bonus question… I have another card just the same for “open” which is red. Is there any way to have just one card that changes colour based on the state?

Here is the code