So I am expecting my heating system to be upgraded from 1970s oil fired to modern a gas combi boiler next month and it presents some automation questions.

Currently I put a SOnOff basic on the thermostat lines of the existing day timer in the kitchen cupboard. The only control I have over the heating is “ON/OFF”.

The new boiler (Worcester Bosch Energystar 30i) has got Live neutral and earth for accessories and controls and live return wires for heating and hot water ON/OFF.

So for step one, I can remove the link wire and put my SOnOff in their and have basic ON/OFF control for heating, leaving the hot water link in place to leave it always available, true to combi style.

However, the boiler has an external control port for manufacturer or third party integration via the EMS protocol and I can either make or buy a converter to get OpenTherm support for the boiler. This will give me access to things like the loop temp or even to inject temperature and let the boiler manage set-points. (Need much more research here).

My first questions are more around the best way to manage the boiler rather than how to automate it.

As it’s condensing it’s important that the loop return temp is kept below 54C or it will stop condensing and lose efficiency. So for “stage one” I can just set the loop temp manually to something that will make that always the case… like 55C and assuming the install engineers make any attempt at all to balance the system it should return cooler.

However for step two, if/when I gain automated control of the heat loop I want to move to a more constantly on (when I’m in the house) model by varying the loop temp based on the largest differential between a temperature and it’s target temperature. ie. backing the boiler off as it approaches set-point so that the boiler more or less stays running at a lower temp, rather than cycling and chasing with a simple ON/OFF.

I don’t intend to run the boiler 24/7 at a low temp as research suggests this would not be the most efficient use in my case due to living in an older house with higher heat loss it will be more efficient to let the house cool when I’m out or in bed.

I don’t want to go to EvoHome or similar at this stage, but instead implement my own logic to do similar. A large part of the reason is that I feel capable of creating a custom solution that may be better for my individual circumstances and a second part is that EvoHome is extremely expensive and badly priced.

So I would like to hear your thoughts, advice, ideas, concerns.

Not sure if you’ve seen this already but I came across a diy kit and a good bit of resources previously. But haven’t had chance to set it up/use it yet as my baby is still small so my wife doesnt want me messing/breaking the heating (understandable)

Having looked over and over and over the available thermostat options available to me I am leaning heavily on the DIY kit available here: http://ihormelnyk.com/ (There is also a video demoing it (in quite good detail!) on youtube). I believe I could use the MQTT version on the site. My boiler is housed in the utility room right at the back of the house, I would need to be able to use the temperature from my lounge to control the boiler instead. Not being up to speed with the use of MQTT (it’…

Not sure if you’ve seen this already

I have now. It’s more or less what I intend to do, so it’s a good resource. Would need to adapt it some, but still worth a read to see what, if any pit falls they ran into.

I’m also looking at these: 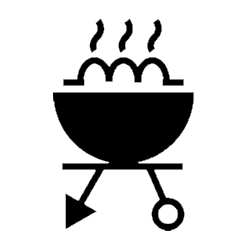 This library provides functions to communicate through the EMS Bus with Buderus/Nefit/Worcester (or any other EMS Bus compatible) boilers. Includes commands for both getting status information (UBA...

Or this adapter which then opens me to OpenTherm control:
https://wifithermostaten.nl/nefit-opentherm-converter.html

However, it depends on how easy EMS is to use direct as OpenTherm would only really be of use if I had any OpenTherm devices, which I don’t.