I just migrated from a Hue bridge to a Conbee 2 stick. While connecting the Hue bulbs, I soon experienced some weak signal problems. I never missed any automation polls while using the bridge, but with the Conbee 2 stick, some connections are lost once in a while missing some automation tasks

While the Lamp 1 to Lamp 3 connection is very good divided by a two walls.

Is there any way to optimize or boost the signal.

I was not able to upload the second image in first post. You Could try a couple of the Ikea Tradfri plugs, they will act as Zigbee repeaters.

How stable do you find the Conbee & Deconz? I just ordered one to play around with. Currently I use a HUSBZB-1

I connected three more Ikea bulbs. The mesh network seems to be a little better, but I still see some red lines while there are only 2-3 meters apart.

The Conbee stick is about the only easy solution for me as I also have Xiaomi Aqara devices paired, but the Hue bridge seems to have a better range. I never missed an automation trigger while lamps where further apart.

Where’s you WIFI router / access point ? Have you checked that your 2.4GHz wifi channel isn’t overlapping with you zigbee channel ?

I concur with Cinamon. My connect/disconnect issues disappeared with the purchase of a 3 meter usb A male to female cable and raising the stick to about eye level.

How do I check if wifi 2.4GHz channel is overlapping with zigbee channel? In my case the conbee ii stick is very close to wifi router.

ZigBee and WiFi channels both exist in the 2.4 GHz band, existing in the exact same frequency space. When deploying both WiFi and ZigBee in the same environments, careful planning must be performed...

@EspieNL (How) Did you sort this out?

Disabling 2.4 GHz WiFi and only using 5 GHz WiFi would be a simple option but one that isn’t possible for everyone I guess.

Disabling 2.4 GHz WiFi and only using 5 GHz WiFi would be a simple option but one that isn’t possible for everyone I guess.

This is not at all a solution. First because of the short range of 5 GHz WIFI and second because most (if not all) smart devices work on 2.4GHz only.

In my case the conbee ii stick is very close to wifi router.

Here too, just 40 cm. Check in the router which channel your 2.4GHz WIFI is using. Same in the Phoscon App -> Gateway -> Advanced and configure them as far “away” from each other as possible.
I have 2.4GHz WIFI on channel 6 and Deconz on channel 25. 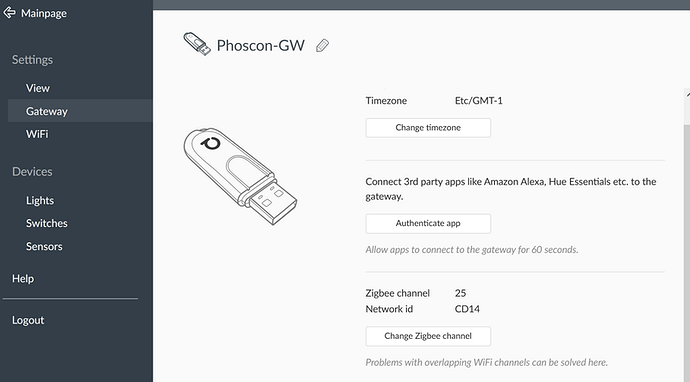 Signal strength is still an issue according to the network mapping. I see devices in short range with a red connection, while there are green connections for devices over 15 meters distance and through 2 concrete walls.

I’ve added several new devices. Now I don’t experience any signal loss anymore. That was my goal.
So creating a high density network was my solution to sort it out.

I discovered strange behaviour and I don´t know if that´s normal ZigBee protocol behaviour or some deCONZ / ConBee 2 or even a ZigBee device issue:

I paired a new switch device. During pairing the only other ZigBee device already being paired (a router (bulb)) was powered on, so the switch was paired with the bulb. 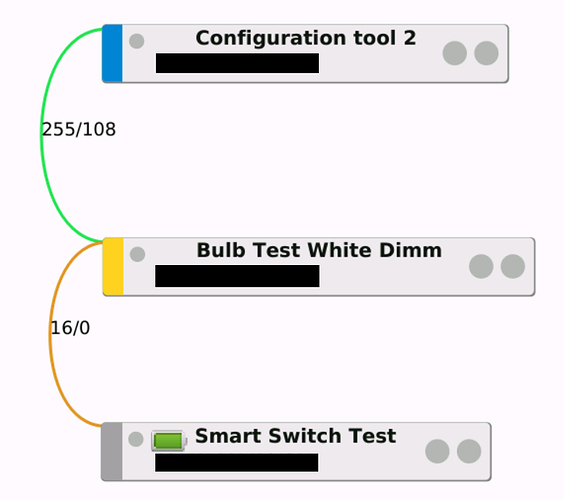 Problem: when bulb disappears (current test setup: bulb is most of the time switched off so not a good router device), the switch is lost. It does NOT connect to the gateway (ConBee 2 stick)!

So I deleted the switch from the gateway and re-paired, this time with the bulb powered off.

Results:
a) switch was paired directly with gateway.
b) when bulb was powered on, switch additionally connected to the bulb (two connections: one via gateway, one via bulb)
c) when bulb wa spowered off, switch remained connected to gateway 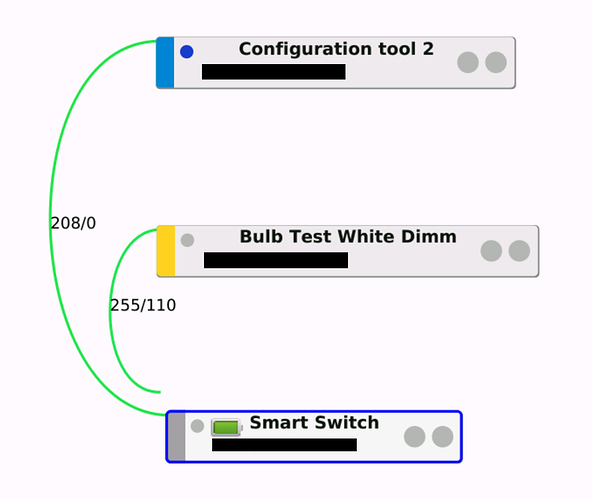 I think #2 does not work when you already have a few devices operating. In case their are constantly available router nodes (bulbs or plugs) the mesh technology will take care of all devices staying connected.

So I’m asking myself the initial question: Is that…
a) …normal ZigBee protocol behaviour?
b) …some deCONZ / ConBee 2 specific issue?
c) …a ZigBee device (here: switch) issue?

Update: I might have an idea why the switch was stuck on the bulb (router node): I have put both in a „light group“ (which is probably deCONZ language for a ZigBee group). And I think the behavior in ZigBee groups is different - isn’t it?

helped a lot. ConBee 2 covers a pretty huge part of the house as I can see from first tests, no plugs/bulbs as router nodes needed so far.

I have some Xiaomi sensors (motion, light etc) connected to Raspbee II. But nothing that gets external power. Should be the same as Conbee just directly mounted on the Raspi board.

Some of the ones that are further away maybe 20m with some walls in between sometimes stop responding for a bit and then start updating again between a few seconds or minutes later. E.g. sometimes my motion sensor in the bathroom does not switch the light anymore and then a min later works again.

I hooked up 2 Ikea Zigbee repeaters because I suspected signal issues. One is half way between the Raspbee and the second one close to the sensor. It got a little better but still becoming unresponsive sometimes.

The Raspbee is actually 10cm next to my wifi router and I have 2 other Zigbee networks (Ikea and Hue) in parallel to the Deconz one. All bridges are within 20 cm from each other. Hue is on channel 25, Deconz is on 15, Wifi is on channel 2 and the Ikea hub I don’t know, I read somewhere it is on 11.

Could the proximity of bridges and router be an issue even they are all on different channels? Hue and Tradfri works without a hitch but then again I have about 50 hue bulbs and also a bit of Ikea stuff so there are much more “repeaters”.

Yes, having all of that RF equipment within close proximity will be reducing the effectiveness of any one of those devices to ‘hear’ traffic.

There are several diagrams that show the relationship of Zigbbee, 2.4GHz wifi, and of course bluetooth channels. I’ve included one of the more useful ones below.

Lately all of my zigbee devices on the second floor stopped working after I installed a Switchbot hub for our aircon and an update for HA. Could it be that the switchbot hub is interfering with the signal? Or is this something that is more common with conbee’s in general?

using an USB extension cable for the ConBee 2 (not because of interference with the Raspberry Pi it was plugged in - that one uses Ethernet, but because of a WiFi repeater directly next to the Pi)

I plugged ConBee 2 into the laptop that I used to run home assistant. The laptop has its own wifi module. Will this interfere each other so better use an USB extension cable?
Thanks.