Anyone interested in a Dallas TX area meet up? I am relatively new to this and would welcome the opportunity to meet some fellow home automation enthusiasts.

Or are you suggesting a live meeting during a pandemic?

To date, about a million infected Texans, almost 19K deaths, and the positivity rate is just over 10%. Not really the best of times to be meeting strangers in person for non-essential purposes.

Well, I meant a zoom for now. But I see you are Canadian. Shocking that you would feel the need to take time to “reprimand” me for suggesting a meetup. Why don’t you just worry about your own situation up north? There was really NO REASON for you to engage in this dialogue. You dont live here and would not be involved in any way. Thanks for your comments, but please refrain from inserting your opinions unless they are relevant to the HA and you can actually add something relevant.

I am in healthcare, in TX, and can tell you that Yes cases are up (because testing is up), deaths are down significantly. And, survival rates, at least in the USA (even with NY and NJ) are similar to Flu. It doesn’t even qualify as a Pandemic anymore. Lastly, my family and I all had the virus and were fine within a couple of days. Worst symptom was fever. Attached you can find data from the CDC, if you are that interested. 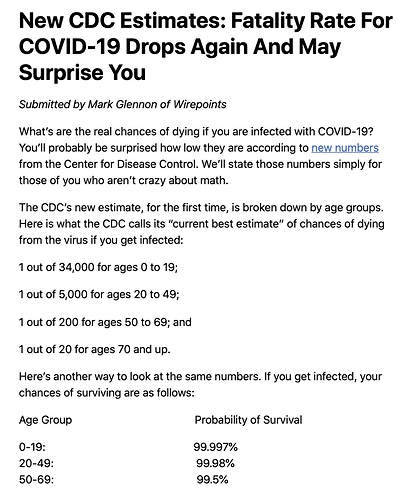 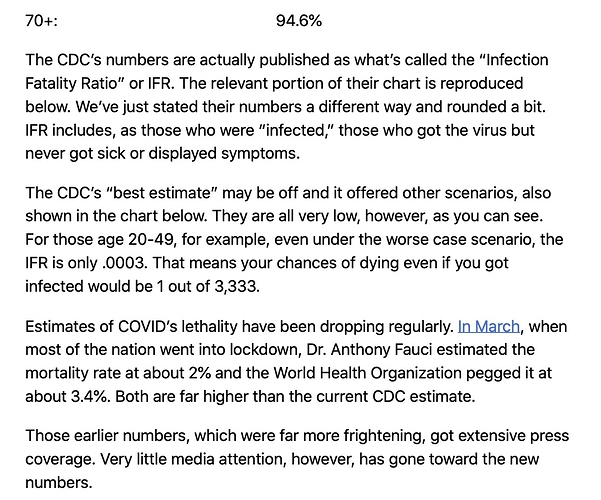 I’m guessing that is not a peer reviewed source. Would you be kind enough to supply the actual source please?

Well, I meant a zoom for now.

OK, that wasn’t at all clear in your original post. After all, if it’s Zoom then it can be open to meeting people from anywhere and not just Dallas.

Regarding the balance of your statement, it strikes me as needlessly reactionary in light of what was suggested.

The screenshot you posted is not precisely “data from the CDC” but data interpreted by Wirepoints.org which bills itself as “independent, nonprofit company delivering original research and commentary about Illinois’ economy and government”.

The CDC’s data is here: 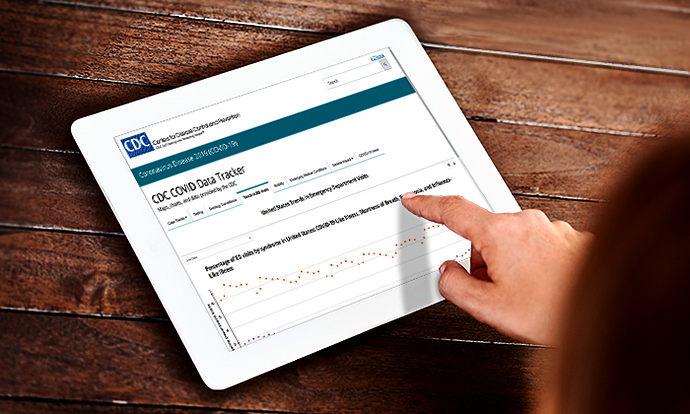 COVID-19 Cases, Deaths, and Trends in the US | CDC COVID Data Tracker

Find national and local rates for COVID cases and deaths in the United States.

Texas has fared a bit better than the country’s average at ~%1.9%. Nevertheless, that’s still orders of magnitude greater than flu mortality. Therefore your claim that survival rates are similar to flu is off by a factor 25.

It doesn’t even qualify as a Pandemic anymore

By saying that, it suggests you don’t understand the meaning of the word “pandemic” and puts your claimed affiliation with “healthcare” into question. In case you were unaware, there’s a second wave of COVID-19 underway around the world.

Anyway, good luck with your meetup.

Reactionary? I thought this forum was supposed to be about home automation??? I don’t come to HA Forum to discuss anything but HA…

Yes, the CDC data is not easy to read for many. Which is why I provided the “explanation.” You provide 2018-2019 flu, however, the range of flu deaths etc. Varies year to year. We also know, per the CDC, that about 6% of the total deaths attributed to COVID were actual covid deaths. Deaths were OVER COUNTED. If you remove the deaths in NY & NJ (approx. 80K) then take the 6% per the CDC, the deaths SPECIFIC TO COVID are about 10K.

In America we lose, on average 1.2M people per year, to heart disease and cancer.

Whether you believe I am in healthcare or not doesn’t matter to me in the least.

Indeed it does but remains significantly lower than mortality for COVID-19 so it’s misleading to claim it’s at par with Influenza. It’s why an in-person Home Assistant meeting is inadvisable.

We also know, per the CDC, that about 6% of the total deaths attributed to COVID were actual covid deaths. Deaths were OVER COUNTED.

Can you provide a CDC reference for that claim? Seems to me that if it they reported that, they would have adjusted their displayed statistics accordingly (or at least supplied a footnote).

If you remove the deaths of NY & NJ, all you’ve achieved is to gerrymander the data to fit a narrative.

I am not sure what purpose it serves to compare COVID-19 deaths to those caused by heart disease and cancer (they aren’t caused by an air-borne virus). Hopefully the comparison was not made to diminish the deaths of nearly a quarter million people. That would be callous.

This isn’t related to Home Assistant and it’s turned into a flame war. This is a good example of what to avoid when discussing home automation.