Since a few days home assistant does not update the device tracker anymore. The geocoded location is updated correctly. I have reinstalled and connected the app several times. Does anyone have the same problems ?

Here are some screenshots: 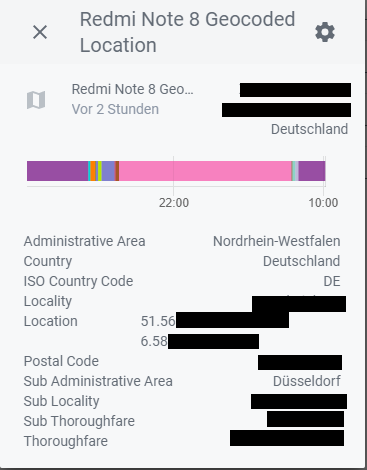 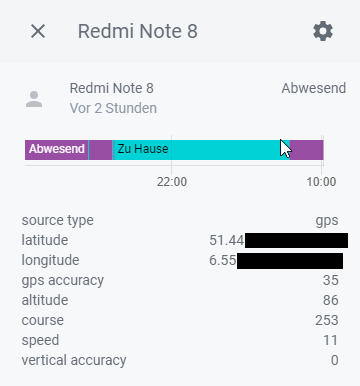 same problems here, no accurate location and no frequent update,
my daughter is on the couch now for more then 2h. and stil she’s not home according to HA. ???

I do have the same problem. Using on Samsung S8.

Same problem here, I have 2 devices (Lenovo TB-X704L tablet with android 9 and OnePlus 6T phone with android 10) and the phone is still shown on my way from work since friday afternoon. It doesn’t affect presence detection, as I use both phone and tablet in both mobile_app and device_tracker luci (openwrt) so one of them always catches me leaving / arriving, it’s just annoying. The tablet works more or less as expected.

I tried owntracks, which only worked when I manually pushed the location or in the mode where it eats battery like it’s candy (and even in this mde sometimes only updated when unlocking phone and actually looking at the notification). If I open google maps or any other map app it immediately gets correct gps position. HA mobile app is excluded from battery optimisation on both devices.

edit: I’ve had this issue since I;ve started using HA which is about since 6 weeks ago.

same issue here
condivision is perfect but on HA not updated
any ideas?