Is there a way to send a single command to multiple nodes efficiently? I’m thinking the way an association group on a button works (much much faster than setting each node in HA or using a light group). I’m using the new/beta OpenZWave setup. And to clarify, I can set association groups on devices fine–I’m just looking for a way to get that same fast behavior triggered from a HA automation instead of from a physical device.

By way of example, I have 4 separate z-wave lights that I want to turn on/off as a group. If I have a z-wave button with an association group, it turns the four on or off in ~ 1 second. If I have a light group set to those four, and I turn it on (or if I turn all 4 on in sequence in an automation), it takes 3-10 seconds for the lights to actually turn on.

Thanks for any ideas!

Welcome to my life.

I setup a scene so when i press down 3x any of my switches it does 4 things: Turn on kitchen sink light Turn off kitchen table light Turn off kicthen overhead light Turn off living room overhead light All 4 of these dumb lights are connected to inovelli red series dimmers. All switches and my computer running HA are in the same open air room. Running this scene it can take anywhere from 4 seconds to 15 seconds to complete. If I take out any one of the 4 things, it seems to go quicker. Is t… 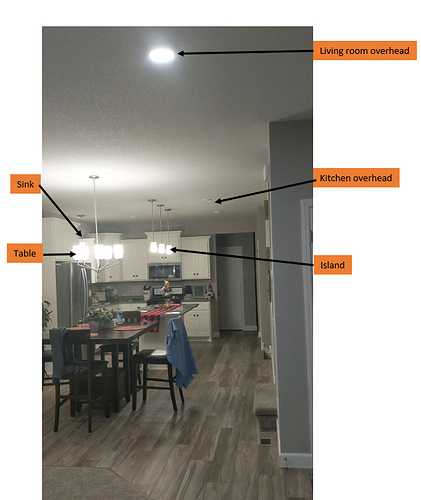 I know, kinda long, but please read all if you can to help… So I am not sure this is an inovelli issue, but I kind of tried everything else. The issue is that a scene automation can be very slow/delayed. So I have a basic scene in my living...