I’m trying to use a MQTT controlled ventilator, which has different state and payload topics. The payload is a ‘cmd’ topic that must be called using ‘VENTMODE,LOW,0’ to set the ventilator to low. The state topic reports ‘1’ in the above case, 2 for middle speed, 3 for high, 11 for permanent low, 12 for permanent middle, 13 for permanent high and 0 for auto.

Now I’m trying to create a switch, which basically allows for toggling (for example) the middle speed, retains that state and changes the speed.
So far I have this:

Now, if I enable the switch, the speed of the fan goes to middle. But the switch immediately toggles off again. It appears it does not read the state topic correctly. I’ve tried other variations such as

But the switch will not retain the correct status. I’m doing something wrong, but not sure what exactly.

It’s unfortunate that mqtt.fan doesn’t allow more than ‘off, low, medium or high’ states or I would have been able to use that.

I see your post is already a bit older, but I had some sort of the same issue and I solved it with making it all buttons.
See image below:

The top image is a button without function except showing the current state.
I’m using the custom Button Card to change icons into images.
My images are located in the folders as is described in the code.
If interested I can send them too.

Yeah if you would be so kind to send those?

Can you also show me the config from the gateway where you configured the MQTT? And how you made the config in HA? i am struggling to get my DUCO running with the software from Arnemauer. I can control it from the Nodemcu but not via HA. https://github.com/arnemauer/Ducobox-ESPEasy-Plugin 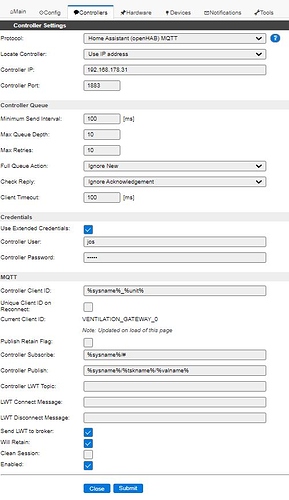 This is my config from the esp8266 gateway, just check that you also have the “Send to Controller” checked on the Devices Tab per device. This means that the data is being send over MQTT if configured correctly.

A nice tool to check your MQTT messages from your gateway or any other devices is MQTTfx
https://mqttfx.jensd.de/

Thanks Jos, i missed that check box on " Send to controller" That did the trick!

I have MQTT data now, but i still can not make it work in HA. Can you share me the sensor or mqtt related data how you configured it in HA?

Below the Lovelace UI

To see any values in ESPEasy you need to put in the CO2 plugin and device id at 3, that’s my wired switch at least

Hello @Jozziej could you send me those pictures ? And did you maybe DIY-ed the Duco USB cable ( to use together with the Duco software ) So i can read / use the software and try to look for the correct external sensor node ( now just tried the - trial and error- method, without any result)

Sure!
Send me a PM with your email. 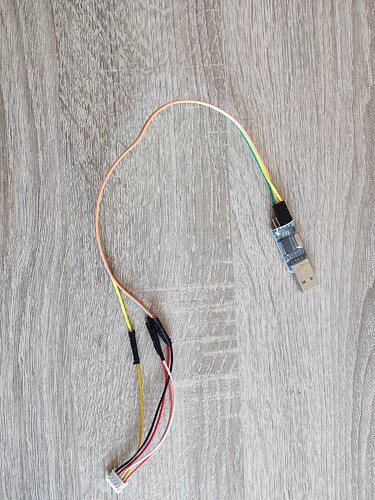 You have to use a CP2102 instead of FT232 which I you used.
The Duco software looks for the CP2102 chip, I just changed the hardware name.
If you want access for Service use the password “Stella”

Hi Jozziej,
is it possible to share the images?

Send me a PM with your email