Problem to solve:
tts.google_say interupts any media playing on a device and overrides it with the mp3 file with the speach

Solution:
Use the “broadcast” feature of the Google Assistant instead.

Further Explanation:
If I use Google Assistant on my smartphone and type to it “Broadcast [insert broadcast]” it will send those messages to my Google Homes throughout the house as Google Assistant speaking them, and if I say certain things like “Dinner Time” or “Good Morning” or “Goodnight” it broadcasts specific little Google Assistant clips for the message instead. I’d like for Home Assistant to be able to sent a notification to my Google Homes this way. Sure, the tts.googlesay technically can do something functionally similar to this already, but it overrides any media that may be playing on the speaker, where the broadcast feature does not.

I understand this would likely require an API key of some kind, just like the “sync devices” button does in the Google Assistant component, so maybe this just is an extra feature for that component specifically. I’d like to be able to say notify.googlehome “Dinner’s ready” and for HA to do the same thing that me doing “Broadcast Dinner’s ready” would do.

I haven’t managed to get this working yet but others have:

Hello everyone! Just recently, I was able to successfully get my add-on for the text-based Google Assistant working on Hass.io. Here is the add-on repo: Once installed, the setup is similar to https://home-assistant.io/addons/google_assistant/ So, it needs the google_assistant.json file added to /share Also, it follows the same OAuth setup. Once completely running and set up, you can broadcast a text message to your Google Home devices using: http://hassio.local:5000/broadcast_message?…

There is already one.

Hello everyone! Just recently, I was able to successfully get my add-on for the text-based Google Assistant working on Hass.io. Here is the add-on repo: Once installed, the setup is similar to https://home-assistant.io/addons/google_assistant/ So, it needs the google_assistant.json file added to /share Also, it follows the same OAuth setup. Once completely running and set up, you can broadcast a text message to your Google Home devices using: http://hassio.local:5000/broadcast_message?…

in my experience though, google assistant broadcast is garbage. not in sync and on multiple gh around the house, all being out of sync is yuck

I guess it depends on your setup, if you have them all at max volume and close enough that you have the sounds overlapping I can see why that would be annoying, but I definitely would still prefer having them not be in sync to them having music/whatever cut off and totally stopped by a tts announcement from HA.

i have 9 of them around the house, doing music is fine, do a broadcast, oh god its not pretty

i also found an another project that does the same thing, but requires a separate server. but this has some built in commands ready to go.
which maybe an alternative 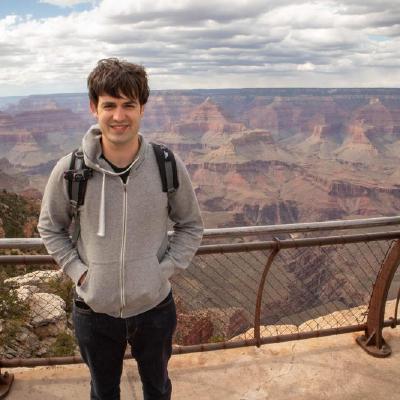 A Node.js server that allows for sending commands to Google Home/Assistant from endpoints - greghesp/assistant-relay

I’ve got one in each room too, and it’s definitely not pleasant if one or more has the volume too high and they overlap with other speakers in the house, but even so, out of sync broadcasts are still MUCH more preferential to having existing playback overridden by a tts

I’ll look into that too, thanks!

i even tried the broadcast feature for broadcast the alarm being armed and disarmed. soon went back to tts to google group

Well, I use it all the time manually and love it, and if I use it from home assistant I’m sure it would be even better.

I’m still surprised Google implemented broadcasts this way. Especially when there usual use case is human voice broadcasts around the home. Hopefully in the future they will add some synchronisation.

Linking for reference: Add a service call for the ability to send a text command to Google Assistant

I’ve posted a workaround for this , it might help.

This is the solution I’ve had to implement because announcements stopping music I have playing through the house is a deal breaker. Also a fix for google TTS going to a cast group working for a short while then failing (and the reason why) I have Chromecast Audio (google music) playing music in most rooms in my house all day. It is in sync and sounds amazing. I use a chromecast audio, some bookshelf type speakers and a small digital amp from AliExpress which was about $100 I have a google h…