guys -first thanks a-reda for the detailed description! Does someone have figured it out for the gen3? Or how can you include the wifi infomration on the freshly installed rpi?

Thanks a-reda, its ready, now run with DarSky. When i have time i seeing for Netatmo.

Please, let me know if you configure Netatmo as your PWS…
I think Weather underground is no longer accesible with the api key…

Gen 3 don’t have rasberry inside and that

so no solution for gen 3

I think, no solution at this time! I send my controlller to resseller for garanty.

The SD Card in Gen3 GreenIQ is on the backside of the PCB. It is a micro sd so not very obvious. 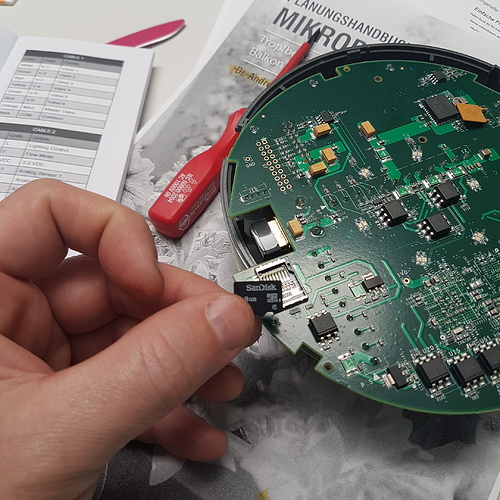 Did you bring the sprinkler pi Version up and running on gen3?

And also did someone solve the issue of what username to use on gen 3 direct http login?

At the momemt I am working on a gen2 model, hopefully next week on gen3

Anyone can help on the login issue for the 3 gen direct connection?

I have been able to make my Gen2 working by correcting current software issues: 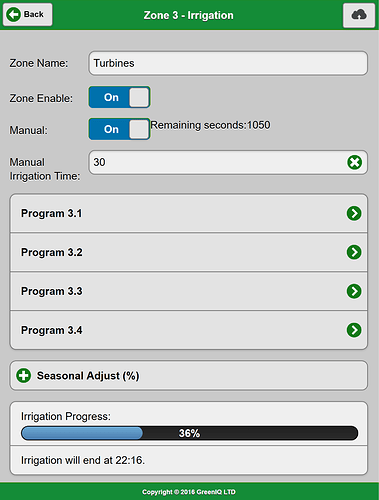 Actually, latest upgrade was intented for Gen3 and caused issues for the Gen2: the scheduler did not work properly on Gen2 with all the zones defined for Gen3. Time management was clearly not made to work without the cloud

Anyone can help on the login issue for the 3 gen direct connection?

If I can have access to a Gen3, I might. But it is likely that the password is hashed on it so it can not be retrieved. If this is true, that would leave three options:

Can you give a try with information provided here? The Gen3 is based on a Arietta G25

I expect them to have changed default password, but still, maybe the Web access is still available

hello, no unfortunately the username / logins are not working. They always refer to a plastic card to find username and password, but I never received that with the original product.

Hi, I have a Gen3. It continues to connect to my wifi network.
Once I get my local IP, I can access it with chrome. 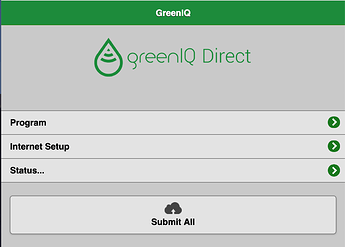 The clock is not syncrhonised (in the status menu) and when I click Sync Device Watch, it does nothing…

The files on the SdCard are :
-Some hidden directory of previous binaries (probably before upgrade)

and if you connect through webbrowser chrome - which I also use - it does not ask for any username or password?

no, it does not ask for a username or password.

No, I don’t. I should add that ssh is desactivated after 15 minutes of what GreenIQ considers of no Internet connection (it means no cloud).
taaazh, this files should be from the first partition, a second one should be present (but not readable under Windows)

The clock is not syncrhonised (in the status menu) and when I click Sync Device Watch, it does nothing…

In short: the time management is not consistent, some times does not take into account the timezone while some does (since there is no longer a cloud). So there are offsets and when you schedule something, there are several hours of difference (depending of your timezone)

Now, everything works fine, from manual irrigation to planned ones (time zone is added on the display): 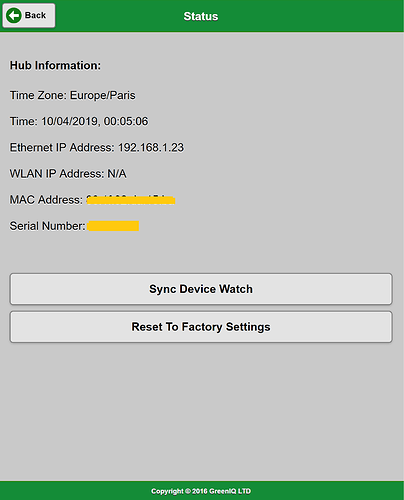 By the way, the GrenIQ was connecting to a secured MQTT server (part of the GreenIQ cloud). I changed it to a local MQTT server but the topics are limited:

Hello I can try tonight. Any way to initiate a hard reset? I don’t really understand why some 3 gen products have the username password and others not…

does not work. not via webaccess nor via SSH