I’m trying to run the 8.0 HAOS directly on an amd64 platform with a broken hardware NIC. However, I’ve confirmed the WIFI card does work. How can I configure the system at the HAOS CLI to use the wifi interface, tell it the ssid, and password for the network?

Try this out. Once logged into the cli the commands are

If I’ve remembered correctly, but it’s all layed out in that YouTube video 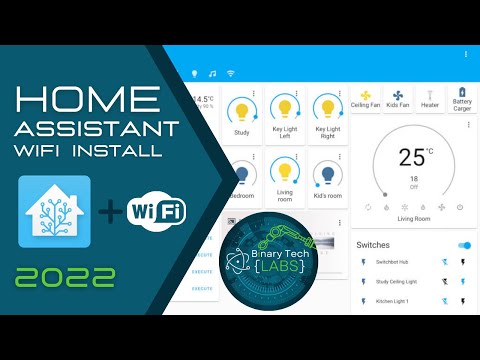 Thanks! While it didn’t solve the problem, I learned something new I do with haos, login! I’d never seen that. Unfortunately, when I try to connect, it says no WiFi device found. nmcli device just shows several veth#### entries, lo, sit0, hassio, and docker0. Even simply going to /dev, there’s nothing resembling an ethernet port.

Then I attempted what this fella described for his rPi, but it hung. I’m guessing the new drivers in haos8 are not good enough for my wifi card. I know the right driver, I just need to figure out how to get it into haos before it boots.

Ah ok, I missed that in your original post it’s an amd64, for some reason I read it as aarch64.

I do know that some wifi devices are not supported by home assistant, maybe there’s another card you can try, or even a USB rj45 adapter, they are fairly cheap.