Hello,
I have been playing with Home Assistant so i have a bit of knowledge but missing skill for making code better with includes of view, etc

I am looking forward to hiring someone for designing a theme/UI and readymade designs of cards even if it has to be a copy paste of code.

Design is ready made, just need to do it.

Anyone ? Any freelancer who wants to make extra money ?

Learn it yourself. In my opinion it’s not a good idea to hire someone to make your design for a beta product. Next version there might be an update to one of your cards or to the frontend in general (like recent ‘removal’ of custome header), which may render the frontend useless, then you’ll need to ask the guy again to fix the setup, and of course pay him again.

Ok but that means HA is useless in deploying as a buisness to people’s home.
Because if the UI breaks, then the company has to go to all houses to solve the problem ?

It is not, currently at least, a software solution for businesses to use to deploy to customers.

Those two things are exclusive and independent of each other.

HA is not a commercial product, HA is an open-source, beta software.

Are you planning to deploy this in people’s home as a business?

Yes exact i am wanting to deploy.
The problem is i did not find any sexy UI nowhere.
Like crestron ui for example
Do you have any recommendations? 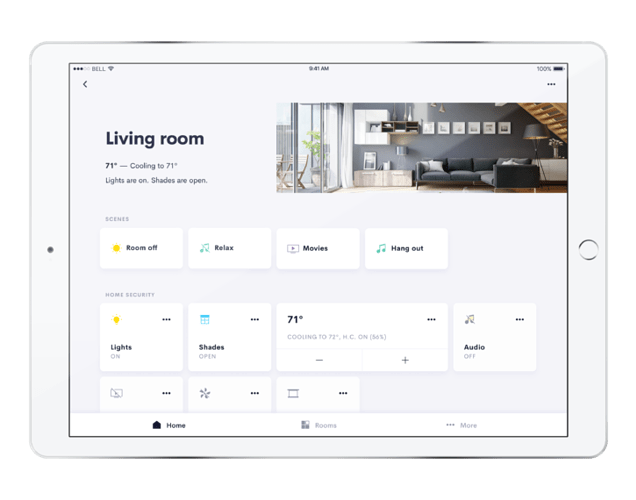 If you want an upgrade for a new integration, widget etc, then you pay your developer for that service

I would agree with Marc and burning, that is sub-optimal for you in your situation
But it works well for 99% of members here

Yep probably so now i got to make a choice.
Say bye to HA probably and stick with Homey that is great to deploy but lacks of compatible devices.
I think there is a great API also to perform a custom UI. i got to check and hope to find a dev to give me hand on starting…

Something like the UI you show could be implemented relatively easy.

Good luck finding anyone that does this for you, while knowing that you sell it to clients afterwards. Personally I’d charge a few thousands minimum.

So why has it yet not be done?
Are there only good programmers and bad graphists around…

There are many beautiful UIs for HA out there, take a look at some github repos and here in the forums. Also beauty lies in the eye beholder

I find my dashboards beautiful, but others may find it ugly. 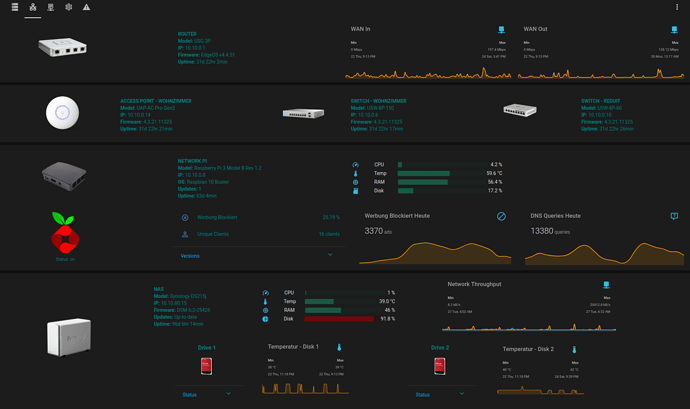 In addition, in my perfect smart home there would be no UI at all, because the home is smart enough to handle everything without needing to intervent through a UI.

in my perfect smart home there would be no UI at all, because the home is smart enough to handle everything without needing to intervene through a UI.

That’s why I stopped buggering about with the ui here. Lovelace is all powerful and everything, but we very rarely use it so it’s just functional.

In fact the ‘funkiest’ part of my ui is simply the theme in the background. Red = Alarm is on, yellow = guest mode is on, green = everyone is in bed (like half-armed alarm), and then if people are just home and everything is just normal it’s the default theme in daylight and a dark theme in the evening.

So basically if you do open the interface you can instantly see the ‘state’ of the house from the colour and do whatever you need to do, but really we don’t use it for much because the automations are pretty fine tuned to our environment.

Almost same experience here, have to admit tho that my wife uses the app fairly often for the grocery list and for household tasks, but not to control anything. And the system monitoring pages are there to satisfy the nerd in me

Are you planning to deploy this in people’s home as a business?

Yes exact i am wanting to deploy.

If you are planning on using HA for business purposes, you need to know how to use it inside out. You can’t rely on someone designing a UI for you, then to have it break due to a HA update and you have no way of knowing how to fix it as someone else did it who now may not respond to support queries.

If you won’t, or can’t put in the time to learn how to make a UI or adjust someone else’s to suit your use case, then I would strongly advise you don’t allow someone to pay you to implement HA in their home.

HA is a complex product with lots of moving parts. If you aren’t willing to put in the time to learn what you need to learn, then it’s not for you - and that’s OK. Another solution might suit your skills and knowledge better.

A common way to handle this is to choose a version that is stable enough and has support for the feature set you’re looking to deploy and then simply not updating it. You may still have to backport bug fixes that may arise from unforeseen corner cases or uses and in case the instance is open to the internet, security fixes as well. Basically you would have an extended service release, frozen in time with a certain well defined feature set. You make your money with services around that feature set. The software is just a tool.

Then, once a year or something like that, you release a new version with all the new features.

A lot of third party software based on open source (like Linux based firmware, for example) operates like this.

Oh and for the UI, have a look at Tileboard. In my opinion, it’s one of the best looking, most functional and flexible UIs for HA. It requires JS programming knowledge though.

Good luck finding anyone that does this for you, while knowing that you sell it to clients afterwards. Personally I’d charge a few thousands minimum.

Oh absolutely. It’s more than just hacking together something barely functional with copy’n’pasting random stuff left and right. If you want something high quality with long term support, custom software development for commercial purposes can easily go into the 5 or 6 figures range, even on relatively ‘simple’ things (because it never is as simple as it may look on first glance).