How much effort to build for Rock64/RockPro64?

Just wanting some basic idea of the amount of effort/steps it would take to build an image of hass os for a rock64 or rock64pro (both from Pine64). They are both arm64 chip sbc (rockchip).

They both support uboot (maybe barebox don’t know?) and have armbian images that use uboot. There is a recent dockerfile uboot that shows building uboot 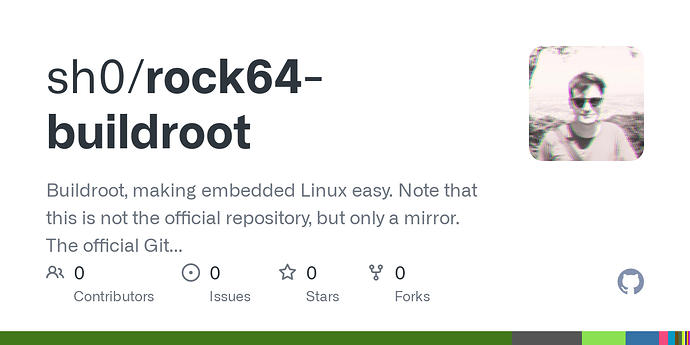 Buildroot, making embedded Linux easy. Note that this is not the official repository, but only a mirror. The official Git repository is at http://git.buildroot.net/buildroot/. Do not open issues or...

There are many different builds/OS’s for both (what’s one more)
https://wiki.pine64.org/index.php/ROCKPro64_Software_Release

The pro in particular would make a nice sbc for running HA (it makes for a nice NAS box for me).

They both have emmc and with my usb emmc stick it makes it super easy to get image onto the emmc (no need to boot from sd and transfer).

Not sure what you want to achieve.
HAOS is basically Debian 11 + docker + HA Supervised install. If you have those 3 elements in place, you have HAOS.

If you cannot get Debian 11, a tad more tricky but still feasible.

According to the “supervised” page my hardware is not supported (not in the list) but there is an armbian bullseye for my sbc so “in theory” it should work. 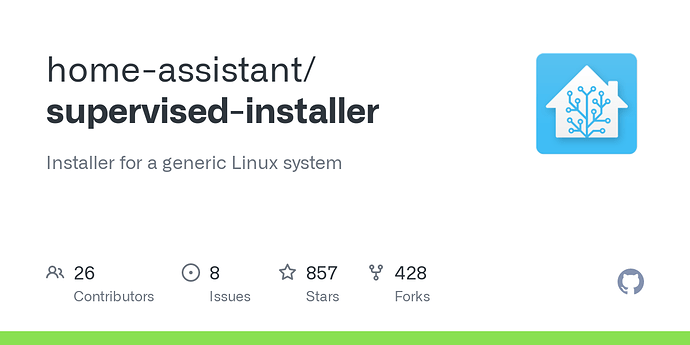 Running hassos is cleaner as os updates are part of the system and I don’t have to maintain that. Maybe there is some other benefit I am unaware of running hassos over supervised?

I’d still like to know about effort/details of building hassos for my sbc. If it’s not too difficult I’d prefer to do that otherwise the fallback to is try a supervised install. I’m not interested in core or container installs because they lack addons (including hacs) among other things.

Basically I want to make use of the serveral rock64 (pine64) sbcs I already have which are in many ways superior to the ever more expensive RPI4.

You won’t get that benefit for sure, as nobody would build HAOS nor push updates for your OS for you.

they lack addons (including hacs)

HACS is not an addon, it’s a custom component. It runs on any kind of instllation.

ok then supervised install it is.

I loaded an armbain bullseye image, did my usual server setup and then followed all the prepartion (docker-ce, apparmor etc.)

So I can say that the rock64 as a HA device works great! One nice benefit is that instead of the stripped down HASSOS I have a full functioning debian server underneath which makes is easier to use the same machine for some other specific tasks without them having to be addons.

That said if you don’t know how to set up and maintain a linux server debian/ubuntu then this isn’t a good option for you.

Can you provide some Infos about Performance?
Is esphome working fine?

I have setup armbian bullseye with omv 6, attached a jmb25… sata card with a 18tb data hdd.
Running zfs on a Single disk and Currently all fine so far.
Next step is extending to a zfs mirror and let it be the backup server as it was planned for.

Nevertheless the 21 watts with running hdd are really nice for a permanent setup, running home assistant.

So two things to get that done:
Knowing about the performance and flashing a working spi uboot to use a ssd, as emmc will probably die very often with home assistant running.

This is just initial setup. Don’t have any experience with performance yet. I won’t have esphome loaded, altough I’m using tasmota integration and will be using keymaster as well. I’ll be setting up zwave too. If one was worried about performance or wanted it to double as a NAS box I’d recommend the Rock64 pro. I have one set up as a NAS box running nexcloud with dual 4tb drives. Pine 64 even make a nice case for it. It looks like Rock64 is being discontinued and no more armbian support but Pine64 has an allwinner varient out now as its replacment. PINE H64 ver. B | PINE64 and armbian already has images. Pine H64 – Armbian

As to emmc. I have another of these rock64 boxes that has been running two years as a light system controller without issue. The emmc has not crapped out. I have had bad emmc but that becomes apparent almost right away. If you buy a usb emmc adapter it’s not a big deal to grab the parttion image and save that (then make network daily snapshots too). Then you can make a backup emmc with that and simply import an HA backup to bring it up do date. I’ve not had reason to EVER boot from ssd.

I have a rockpro 4gb already.

How do you backup the emmc? Win32disk…?
Snapshots you mean the ha snaps or dd the running system?

I use fsarchiver and its gui qt-fsarchiver to take “images” of partitions that way you only store the actual files not all the unsued space of a partition (linux only apps). That only works direct no over a network.

Then I occationally run restic, rsync or the like to take live snapshots of the filesystem partition over the network (cron job). Of course HA backups as well.