Ikea has this really nice air quality particle sensor called the Vindriktning but it’s not ESPHome compatible. There have been quite a few people who have added a ESP8266, often with some more sensors in there, but I’ve never found that to be quite the thing I needed. I wanted everything and the kitchen sink in that enclosure in a nice way

So I’ve spent a few evenings with KiCad and made a new PCB for the Vindriktning such that with simply replacing the PCB it’s a plug-and-play upgrade. Behold the Vindriktning++: 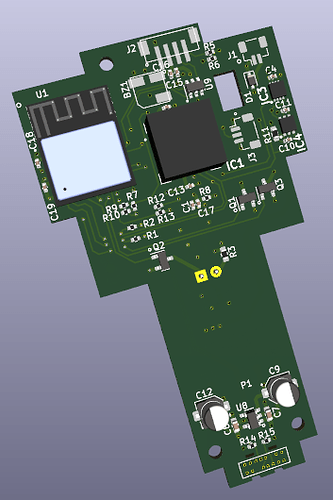 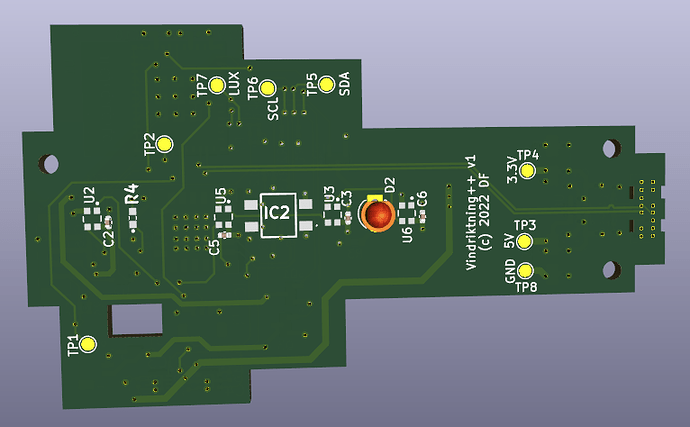 Pretty much all of this is compatible with ESPHome so should work out-of-the-box on the software side.

Not the cheapest of boards because of the sensors, but if it works it’ll do all I ever want.The first batch of PCB’s are on the way, let’s see what happens.

Allright, time for an update. I’m at board rev 2 and things are starting to come together

This is the current board, still a few issues but next rev that’ll all be cleaned up. 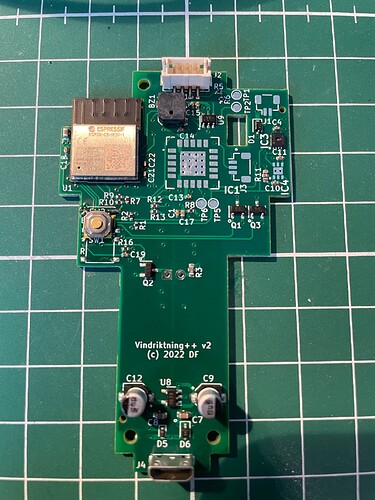 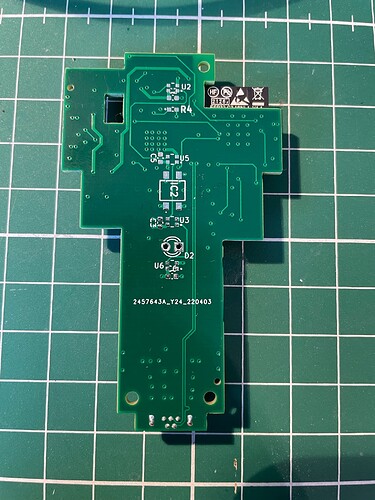 When connected to the particle sensor and loaded up with with an SGP40 Co2 sensor. (The blue led is the IR blaster but mounted in the wrong direction and with blue light for debugging) 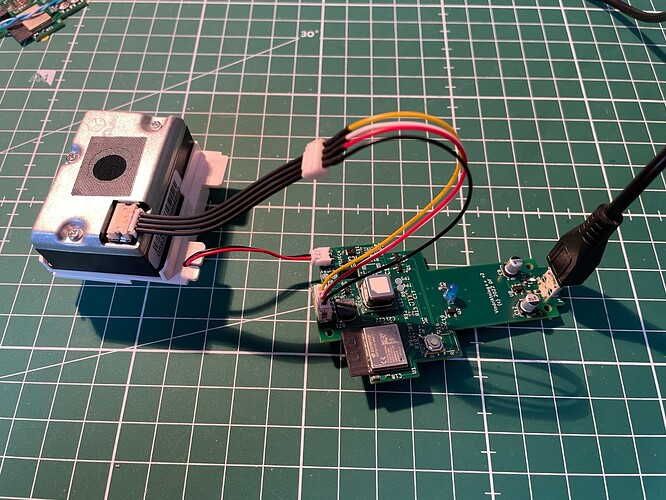 And because of the individually addressable LEDs, your Vindriktning can express more compilated emotions while playing rtttl sounds to add to the effect 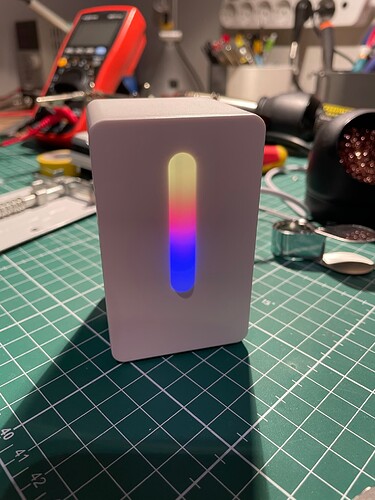 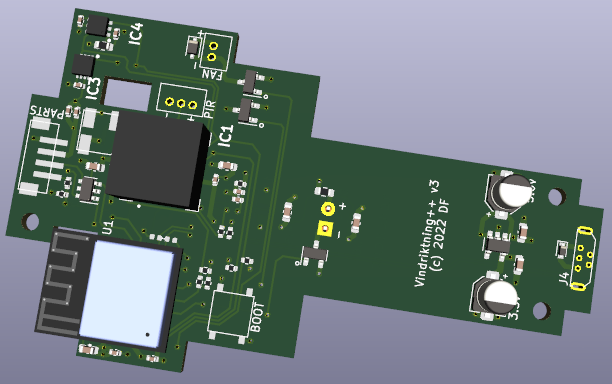 Costs at JLCPCB are around 20 euro/board for a batch of 5 with SHT35 (temp/rh), but without SGP40 (voc) or SCD40 (CO2) or the leds/ir receiver on the bottom. Fully loaded probably 50 euros which is not too bad given what thing can do

Once it’s done and debugged I’ll open-source the designs and esphome scripts on my Github.

Love it, can’t wait to see it on GH! I’m hoping it was made in KiCad

Any updates on this? I was looking to try doing exactly this, but time is never in my favour to do this part.
Would be very keen and getting my 5 devices re-done this way.

Sure is, v3 is going just fine but I want to fix a few nagging things so designing v4 now. Few weeks out I guess before it’s all done and dusted.

Looking forward to the shared schematics

Please let me know if I can buy one or two from you!

Also willing to buy! Want to write a nice article on gadget-freakz.com about it!!

Please let me know if I can buy one or two from you!
Preferably with all components installed. I’m not the biggest star in soldering

Hey buddy. Any luck with the latest version?

is there some git to look for the ESP Code ?

Cool project will be Bluetooth integrated?

This looks really promising!
I would be very interested if anybody is willing to arrange a little production run for these.

@DennisF
Did you connect the USB data lines directly to the ESP32-C3?
It has an build-in USB peripheral that gives you a (virtual) COM port (Programming + debug console) and JTAG Debugger. It is really useful.

Some updates on the V4 ? would be interested to buy a board fully equipped with all components