Looking for some bulbs OR a dimmer that will work with standard Spots (GU10?), the cheaper the better! Dimmable/RGB isn’t something I’ve explored yet, I’m used to Shellies/Sonoffs.

Nice to have, not essential:

Current options/interfaces I could use:

I haven’t explored MQTT yet either so would prefer not to go there at this stage.

Are you wanting a smart bulb or do you want smart switches?

The smart switch would let you keep your current bulbs and replace the switch on the wall. Most of your criteria rely on the bulb not the switch.

Are you US based or from another country? That can impact recommendations.

UK based. It’s a room refurb so don’t yet have bulbs or switches, not sure what I want really, open to suggestions. As I’m wiring & plastering I do have the option to run a neutral to the switch position if the most favourable solution is a switch.

Looking for non-cloud solutions also which is something I forgot to mention on my first post.

I can describe for you Milight (with the ESPMH DIY link you mentioned in the first post; RFLink is not an option for Milight as it doesn’t have support for all bulbs and sometimes it does take a good 1 - 2 second for a command to reach the bulb for the ones that are supported):

There are basically 4 ways of interacting with Milight products:

Very informative, thanks. GU10 may be a deal breaker though. When you say the lights are stateless, does ha/the esp assume it based on physical remote signals or commands from HA?

Basically, there are 2 main settings for HA to get back the state with the ESPMH MQTT devices (and none of them means that HA has actually received feedback from the lights):

As a result, if ESPMH cannot effectively communicate with the lights (case the lights don’t have electrical power - i.e: being switched off from a physical switch - or they’re on a different RF channel than the hub and the command from hub doesn’t reach them), then HA will/might show an incorrect state for the lights.

Done a bit of reading and must admit I’m now starting to lean that way.

I do actually already have the bits to make an espMH and I’ve had some big ‘easyBulb’ downlights with remote for a few years but never really played with them. I do find that the easyBulbs are of very poor build quality though and flicker a lot. Mine are these.

Would the Milights using espMH have a smooth transition between brightnesses?

Yes, it works pretty well and the longer the period over which it needs to be dimmed, the smoother the change will appear. Chris added support for the transitions too (without transition support you would need to do a lot of calculations in scripts/automations in order to get the correct timings to send new values to the lights).

See below examples of service calls:

In my case, in order to turn light off I chose first to set the brightness level to 1 and then turn the light off (I don’t use transition from off to a specific brightness level but only between different levels when light is on). As a result, when light turns on again it is at brightness level 1 and it won’t result in a short blindness as if it would happen when turning the lights to full brightness in a dark room. Also, case there is a power failure during the night the lights will turn on to level 1 when power comes back on and the chances of waking up are lower vs. full brightness (or last known level before turning off).

I have 2.4Ghz woes. Smart meters with Zigbee that interfere with my wifi etc. How are the Milights with interference from wifi/Zigbee?

I use 433 Mhz, Z-wave (868.42 Mhz - Europe), Zigbee, Milight, Wifi (both N and AX&AC with only the devices not capable of higher bandwidth kept on 2.4 Ghz; in addition, there are over 20 APs accessible from the neighbors in both 2.4 and 5 Ghz bands) and Bluetooth devices and I haven’t seen major issues with interference except one related to 433 Mhz devices that affect HD TV channels from a particular provider (macroblocks appear on screen for 1-2 seconds when 433 Mhz devices such as motion sensors or door sensors fire in close range, however I haven’t seen it with the other major providers in my country).

So… you have an Aeotec stick still in the box… how about using it with a z-wave dimmer and whatever spotlights you want. Seems like the best solution to me. You will find the widest range of lights available once you remove the need for them to be ‘smart’. Keep the smarts in the dimmer, you then have local control, even if HA is offline

So… you have an Aeotec stick still in the box… how about using it with a z-wave dimmer and whatever spotlights you want. Seems like the best solution to me. You will find the widest range of lights available once you remove the need for them to be ‘smart’. Keep the smarts in the dimmer, you then have local control, even if HA is offline

That’s also a consideration. How about RGB? 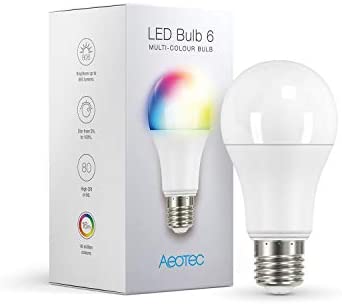 In the middle you can find Zigbee products which I find the most balanced regarding price&features (these ones from Gledopto are compatible with Hue but at a way lower price; also can be controlled with DIY Zigbee solutions such as Conbee or Zigbee2MQTT). 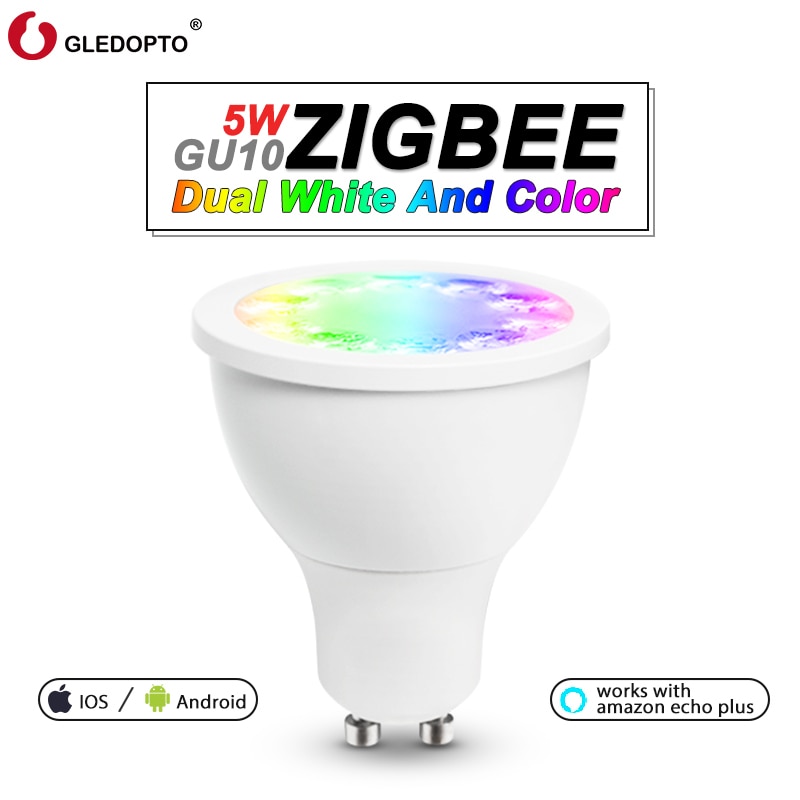 Just about to push the button on the Milight GU10’s. Noticed there’s some (what appear to be older, much longer form factor) 5W and some (newer?) 4W variants. Have you tried both? Which is best?

Getting it now. I’m looking at FUT103 and will be emulating FUT092.

With FUT092 remote you can control (nearly) all bulbs/led controllers => that is RGBW and RGB+CCT (FUT091 is a different animal).

With FUT089/FUT088 remote you won’t be able to control RGBW lights.

With FUT092 remote you can control (nearly) all bulbs/led controllers => that is RGBW and RGB+CCT (FUT091 is a different animal).

With FUT089/FUT088 remote you won’t be able to control RGBW lights .

Great, thanks. How about the FUT106? Brighter version of the 4W? espMH work with it?

FUT106 is a newer bulb version (it is significantly brighter than FUT103 - 90 lm/W vs. 70 lm/W and it seems like a better design compared to FUT103 as it has a larger surface to dissipate the heat; on the other hand there are 2 additional Watts of heat to be dissipated).

Although I haven’t used it yet, from the compatibility sheet it appears to be compatible with newer remote protocol (FUT089).

Store you’ve linked to - you used/can recommend? UK based.

I used that site and https://futlight.com/ for documentation purposes but I only purchased from Aliexpress (RO country code so they’re probably arriving faster in the UK

There are additional discussions on the ESPMH Github in regard of the compatibility between bulbs and remotes and the settings needed. You might also look into the FAQ for ensuring you will not be disappointed when the bulbs arrive (or otherwise go with Hue/Hue clones such as Gledopto or generic Zigbee; with Zigbee2MQTT you can also bind remote to bulb so that you can control lights even if every wifi/HA/Hue hub device is down - similar to Milight).

Getting to know their performance and compatibility issues will help you set a base point for the expectations. Milight are no match in regard of performance vs. Hue (average response time won’t let you integrate them into Ambilight like clones) however they’re a great cost/performance solution if set correctly.

For the gateway I use also these https://www.aliexpress.com/item/1859110962.html in order to stabilize power supply (or simply use a 4.7uF capacitor) as there are many NRF22L01 knockout clones and some very long Dupont connectors in order to prevent interferences. I use mine with an Asus 10,000 mAh passthrough power bank in order to not loose connectivity case of power failures. Once I removed, by mistake, the power cable from the power bank (it worked for 2 days just fine and would have probably worked even longer if I had not realized it

Still struggling to find info - getting into the nitty gritty now.

Been on the Chris Mullins blog and have a couple questions:

Thanks for all the replies; really appreciate it.