Hello,
Today i have full home assistant image installation on a rpi 4.

So, I want to go to the next level and use nuc as the heart of my smart home server.

You should go with Proxmox and then with VM. You will be able to run HassOS so HA with all features and run other VM to do what you want.
If you go HA Supervised and install other app, your system won’t be “HA supported”.

Does every vm need to have its own operating system?

If, so, what is recommended?

HAOS for home assistant, debian or ubuntu for anything linux based, but you can run windows if (god forbid) you feel the need.

On any or all of them.

I read that vm needs a powerful hardware, is this true?
If yes, which nuc is recommended in order to perform well and with the ability to grow in the future?

How long is a piece of string?

proxmox does not add a lot of overhead compared to running HAOS on the bare metal.

I run Proxmox on a basic i3 nuc with an ssd and it runs very well. I have 6 containers and 2 vm’s running at the moment.

By the way, I used this script to install HA in Proxmox. Contribute to whiskerz007/proxmox_hassos_install development by creating an account on GitHub.

Running Proxmox on a 2.5 year old Celeron NUC with a Debian VM to run Docker w/ Home Assistant and associated containers, a container with the Unifi controller, a PiHole container, and an OpenVPN/Wireguard VM. Runs great.

Hello,
Will proxmox run on a pi4 8GB with SSD? 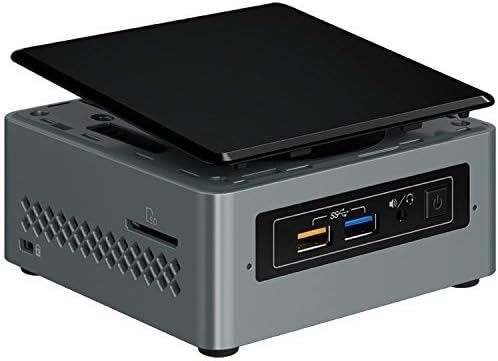 Yes any of them will be more than enough to run home assistant.

I don’t think proxmox runs on pi. Maybe it does.

I am a big fan of go big or go home. With my current setup, none of those devices would work at all, for many reasons.

The Celeron NUCs do not support more than 8 gigs of ram, and they are slower than you think. Of course you can run HA on them, but if you want to get real and use it as a VM/container platform… go BIG.

My 6 year old machine is a quad core Haswell Xeon workstation, it was upgraded from 8GB to 32GB last year because I was starting to run out of mem, this was even before I started using containers (not using VMs). Even though it is 6 years old, it is several times faster than that Celeron NUC. I am sitting around 20% CPU, which would max that little thing out, and the HA ecosystem will require me to add more containers and VMs as I add more features. After some more ram and a few SSDs, this thing still has capacity to play around.

You do not have to go as big, but maybe there is a good middle ground. The 8th gen NUC has the Iris Plus graphics ( NUC8i5BEH), which you wouldnt think would be a big deal if you are not using a monitor, but it has 128MB EDRAM, which acts as an L4 cache, makes them very quick for multitasking and running lots of stuff. It is 3 times faster single threaded than that Celeron, and 4 times faster multithreaded, and even more for graphics and applications that support AVX, which the Celeron does not.

If you end up wanting to do more, you will very quickly regret getting a Celeron, especially if you want to run VMs, which need allocated RAM

Thanks for your input.
I saw that nuc i5 8th gen cost almost like i5 10th gen.
Which gen is preferable?

I recommend the gen 8 mainly for the EDRAM, there is a gen 10 i7 in testing for work use in my basement right now, from what I can tell:

They are almost the exact same performance, however
Gen10 has higher mem bandwidth
Gen10 runs cooler at idle and load
Gen10 has 64GB RAM support

Celerons run great with Home Automation software. Way faster than a PI and not overly expensive. Size up if you need more power for something like an NVR or Plex.

It seems i will go with the nuc8i5beh.
For RAM i saw this one on amazon

Is it a good memory?

That is not good, because it is a single ram stick, and you need 2 to saturate the memory controller

For dual vs single rank, that is a memry controller support issue, single rank is faster, dual rank sodimm usually has 2 sides with chips populated, but that can cause fitment issues in some systems

I would suggest looking at the Intel memory support document for the CPU, but generally they are all supported on an i5