Thanks for sharing this - its been so so useful for me! Quick question - what does your Call_service events item watch out for and also what is in your Find Load Car Data Script?

To not exhaust the small battery I only update the car info twice a day through the “inject” node. However, I also wanted to update the car data manually. Somebody helpful suggested as follows.

Create an empty script called “Get car data” in HA doing exactly nothing like so:

Then create a button in Lovelace that calls the script with “tap action”, like so: 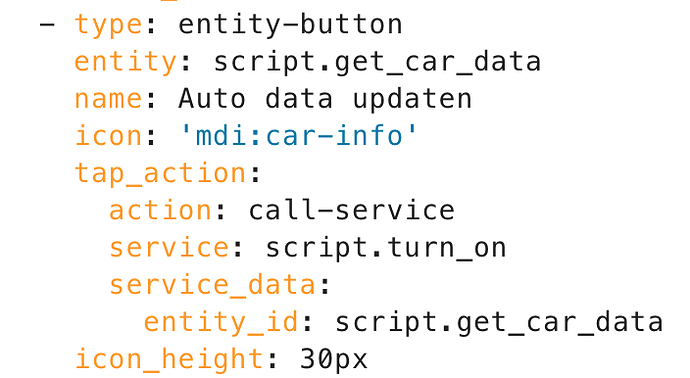 In Node Red one of the entry points in getting data is when the button is pressed in HA. To achieve this you monitor the service events by adding the Service node as follows: 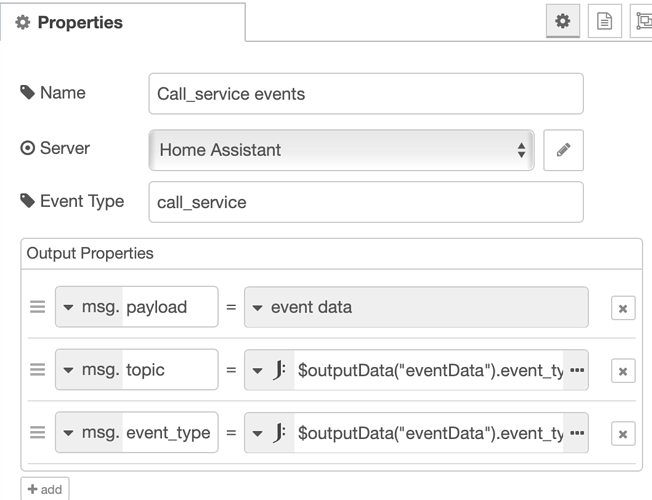 Then follow this by adding a switch node that looks for the Load Car Data script being executed: 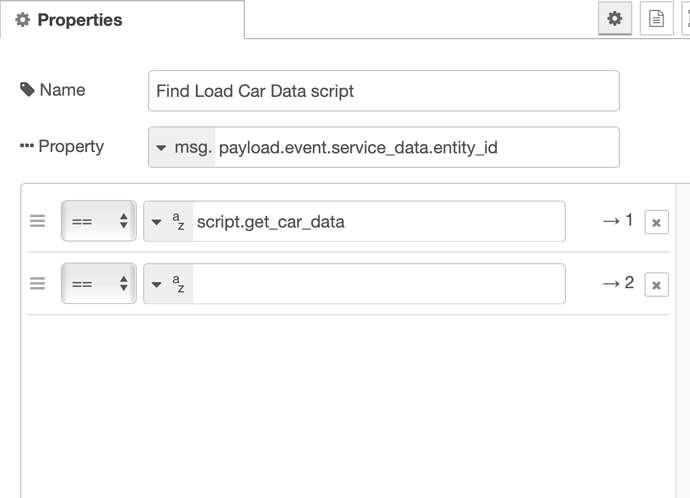 image1124×812 18.3 KB
If the script is called by the press of the button, car data gets called after collecting a time stamp and a delay for 2 seconds (probably unnecessary). If the empty script is not called (the button is not pressed) nothing happens: there is no node connected to the second switch output.

Ive put together a simpler solution (i think) I have just used a button card on lovelace that makes an MQTT message:

Then i watch out for that in node red:

I learn something every day. Very elegant. I am going to change mine like that. Tx for letting me know.

Is there a method of getting the bluelink info such as odometer or charging information without using node red?

Moved to its own topic: Hyundai Bluelink Integration

Hi all, as you might be aware, Hyundai Bluelink and Kia Uvo is using almost identical commands. So i have an active Kia Uvo integration and i would like to include Hyundai Bluelink there if you can commit on sparing time for testing.

Excellent manual. The MTQQ addon advises not to use the 1833 port, but setting another port didn’t work for me.

I’m getting true or false for the lock status, can I change that to On/Off somehow?

Actually I do have a question. I have the following in my sensor.yaml. With only one sensor, it works, with multiple sensors, it does not? What is wrong here?

You can insert a “Switch” node, in which you can check the output for True or False. For True you follow with a “Change” node to insert “On” and for False you insert a “Change” node inserting “Off”. Connect both these nodes to the mqtt out node.

Hard to say from these data. The formatting looks correct, so the error is likely in the NodeRed part. Perhaps check whether your mqtt out nodes have the correct topics in the right format.

Something else you can try is to use Home Assistant “Entity” nodes rather than mqtt sensor, which create Home Assistant (binary) sensors directly, which instantly update when they change. I have recently learned how to do this and it is now my preferred way to get sensor data to the front end.
For this to work you may need to install (in HACS) the NodeRed Companion for Home Assistant:

It was a bad copy/paste action on my side…

Should this work? Or should I add a switch (like isTrueOrOne) for every flow? 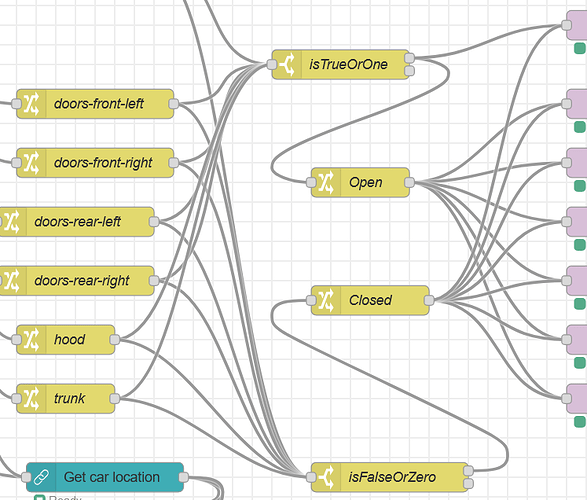 Not sure what you are trying to achieve. Are you closing the doors, when one is open? Or sending a warning message about the specific open door? Or are you changing 1/true to “open” and 0/false to “closed” flags/messages for the sensor? If the latter I think you need a switch in every flow. Otherwise, if one door is “false” or “0”, all doors get that specific flag. And same with 1/true. And the last trigger will be the flag for all doors.

Or are you changing 1/true to “open” and 0/false to “closed” flags/messages for the sensor? If the latter I think you need a switch in every flow.

Yes that’s what I am trying to do. I’ll adapt my scheme with additional switches and see what happens

Actually I posted this question in the Node-red forum as well, as I thought it is a pretty general question for Node-Red. Got a nice answer over there Reuse node-red change node for multiple entities - #2 by Syntox

Apparently, sensors do not support templates for icons to be changed based on the state. Anyone has any idea how I can change e.g. the color of the door icon to red when the door is open?

In Lovelace you can indicate whether the binary sensor’s icon should change color based on state. It will be yellow when on, and not yellow when off.

Additionally, you can use a custom Lovelace element (in HACS) called “multiple-entity-row”. It is extremely flexible in the options to present data in the frontend.

OK here are my Bluelinky flows. Not sure this works. For obvious reasons you still need to fill in your vehicle’s information in the node that gets the data from the server. Enjoy!