For the last couple months, I’ve had a Siri shortcut for when I stop my morning work alarm it turns on the climate in my Tesla. This had been working great, even with a few builds of iOS 14.

A few weeks ago, my city had to go back into a COVID lockdown so I had that Siri Shortcut turned off. In that time there’s been a couple new builds of iOS 14 and I believe there was a major update to the HA Companion App.

Now when the Siri shortcut runs I get a notification from the HA Companion app asking me to “Tap to Respond” to the event call that Shortcuts is passing on to the app. If I tap the notification the automation will run. It doesn’t appear to be a Siri Shortcuts notification (and the “Ask before running” option is turned off in the Shortcut).

Is there a new setting I’m missing to remove this? 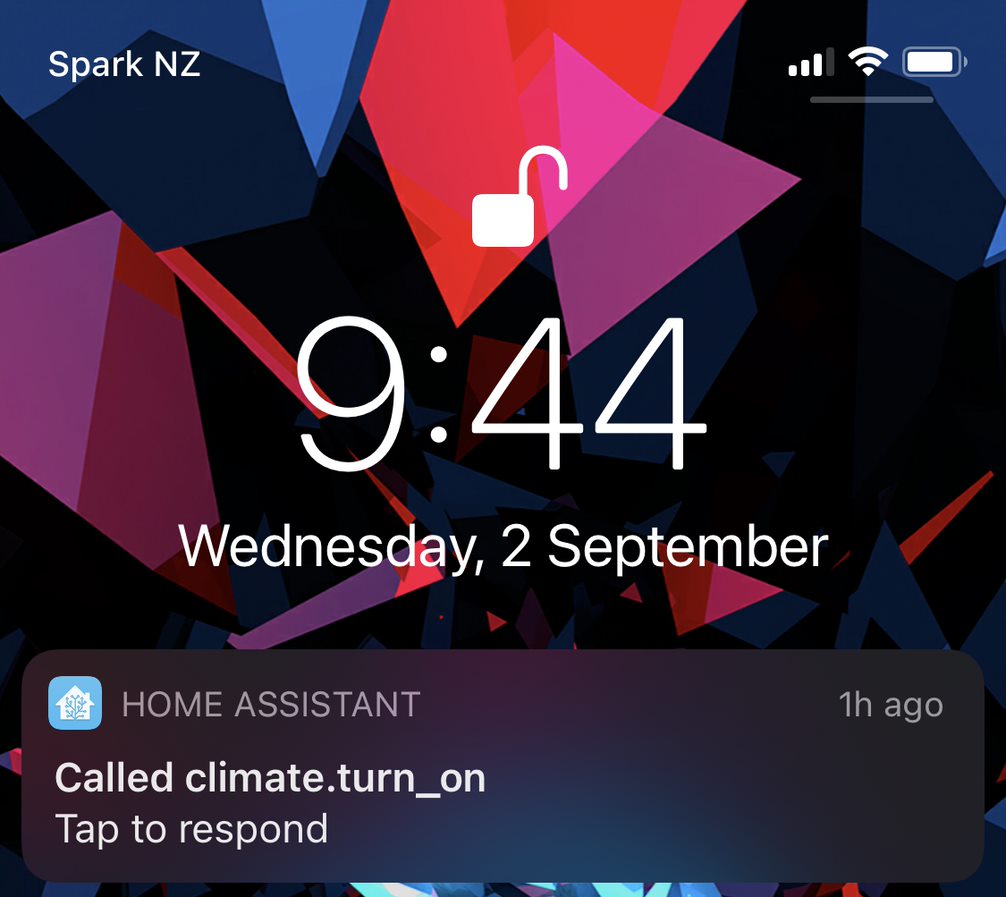 Mine does this too. If I manually run the Siri shortcut, it seems to call the service just fine. But when the Siri automation runs that calls the shortcut, which calls the service in HA, I get the “tap to respond” notification from HA, and nothing happens until I click on that

Is your Shortcut interacting with Tesla integration in Home Assistant as well or something else?

No, it just calls a script. I have a couple of them and they all do the same thing. Just for the past couple weeks though. I’ve had the public betas since they were available

Is there a new setting I’m missing to remove this?

On the “Home Assistant” call service action inside your Shortcut, tap “Show More” and then there will be an option called “Show When Run” which you can toggle off. 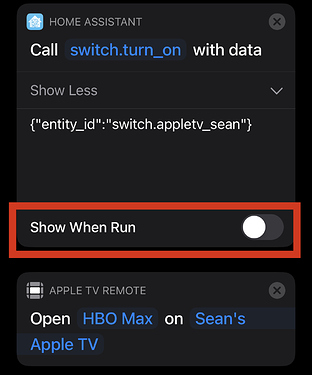 I believe that will prevent this “Tap to respond” notification from appearing.

Thanks! Somehow I didn’t think to tap the “Show More” option to see if that was hiding my problem. Tested it this morning and was not prompted to “tap to respond”