Is there any way to update Z-Wave firmware GE/Jasco (12727) smart switches?

Is there any way to update Z-Wave firmware for GE/Jasco (12727) smart switches?

AFAIK, GE/Jasco won’t release any firmware upgrade files to the public. Do you have a file? Even if the device supported it, without a file you can’t upgrade.

12727 looks like a Z-Wave Classic device, I don’t think OTA (over-the-air) firmware upgrades are supported so it’s probably not even possible. It’s not a requirement for Plus devices to support it either.

Thank you for your reply. No, I do not have a file. I hoped that someone would know how to update and where to get the firmware file.

Yes, I called and verified this. They said they push updates out through various hubs so sounds like you are out of luck unless you use a hub. Would be nice if you could at least see if there are updates and what was changed.

Did they give you a ‘list’ of Supported Hubs?

Care to share the number you reached them on?

I just called the tech support number on Jasco’s website.

I probably misspoke a bit when I said “they [Jasco] push updates out through various hubs.” Jasco didn’t give a list and I think it is up to the hub manufacturer to decide whether they have this functionality and/or when to push updates.

As pointed out above, the 12727 is “classic” and the hardware itself has limited options and protocols that are stuck in the past. Even if there was a firmware update, the firmware would not bring you the features of the newer Jasco zwave plus switches, like double taps and S2 security, as the hardware itself in the 12727 doesn’t support this. What new features are you hoping to achieve for this switch with a firmware update?

For me, I was looking for better control over the ramp rate. The switches have fast and slow only. Slow I believe is about 5-6 seconds and fast is about 3. I was hoping to have something more like 2 as 3 seems a bit long and also seems to create some jitter in certain bulbs as it steps through increasing the brightness. Some other brands have improvements like having a LED vs Incandescent setting. I assume this just changes how the brightness / ramping curve as LED’s use less power. Additional features such as this if they were available would be great.

Even if there was a firmware update, the firmware would not bring you the features of the newer Jasco zwave plus switches, like double taps and S2 security, as the hardware itself in the 12727 doesn’t support this.

Previous hardware may have limited code space, but otherwise, multi-tap is trivial to implement. Granted, the latest security may be too processor-intensive without dedicated hardware. It appears that Jasco is actually removing configuration options. For example, I have a bunch of the latest Jasco 55258 Fan Controller with no way to configure the LED operation. It’s always off unless you’re adjusting speed. I would love to see some open-source firmware developed. Of course, that would blow the whole ‘certification’ effort. You might also have to open up the device to load the initial alternate firmware. Yes, I could buy fancier brands with better support, but I routinely find new/mint Jasco devices on eBay for cheap. I average about $15. Apparently, lots of returns to Home Depot.

Previous hardware may have limited code space, but otherwise, multi-tap is trivial to implement.

In zwave to support double tap, you now have to add an entirely new command class. With the first line zwave plus switches, that was with the double tap association. The device also needs the ability and memory to store the Node ID’s of associated devices (the old trick was to add the hub as a double tap associated device to get the double taps reported). Newer Jasco switches use the central scene command class, which I don’t think was supported until the 500 series chips came out. While implementing double tap in theory should be easy enough, once you look at all the steps needed, with the limited processing power and storage capacity of the older non-zwave plus switches, I just don’t see how you actually can make it happen, no matter how well the firmware is written.

As far as custom, open source zwave firmware, I think someone could do it with the newer 500 series chips and up, as they give you much more wiggle room to work with from a programming perspective. It looks like someone put together a blog post to make your own zwave device, and although its not something I have experience in, definitely looks possible for someone with the skills. 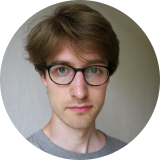 An overview of what it means to build a Z-Wave slave device based on the 500 Series chips without a separate host MCU.

The LED operation on the fan control is configured in a way that it communicates the fan’s speed level, and doesn’t work the way LEDs do on all the other JASCO switches. This is why I believe they don’t expose user override controls for the LED through the config parameters. Per the manual, the LED is used to flash patterns to tell you the speed:

Apparently, they will start releasing firmware updates for their devices soon: 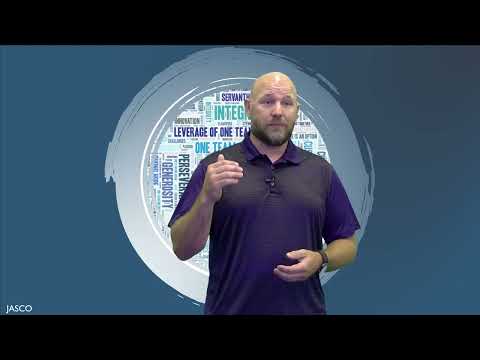 Believe it when you see it

At least they are talking about it! That’s the first step.

Apparently they have a few select firmware available now. 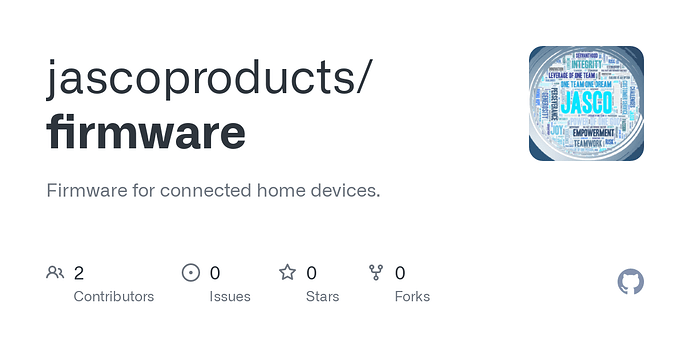 Firmware for connected home devices. Contribute to jascoproducts/firmware development by creating an account on GitHub.

Isn’t this the same link as what firstof9 posted (one above yours)…?

Or were you trying to convey some message, but your comment got cut short?

It’s sad that you need to be a million subscribers YouTuber to make a change.
Why didn’t all other persons who contacted them about the exact same issue make any change?

It’s pathetic! For this reason alone their products are banned from my house.

I agree it should have been made available some time ago, but I do believe this is a step in the right direction.

I used to be very down about Jasco, especially with the older non-plus switches that had the “click of death”, but they have made changes over the years to the point I have purchased new products. The newer generation of switches are much more reliable, and they extended their warranty period to 5 years. I’ve had them actually replace a switch that went bad- Customer service was friendly and sent the replacement quickly. They seem to be standing behind their product more, and are more committed to it. The price is reasonable, and they are almost always available for purchase online even with the supply chain issues.

I’ll definitely be keeping an eye on the new firmware updates - this is something many have wanted for a long time.