Looking for a wall mounted ceiling fan/light controller for ifan03

I have just installed a new ceiling fan in our master bedroom and have used a Sonoff ifan03 module to automate it (flashed to tasmota). It’s all running perfectly using MQTT and the RF remote control that comes with the Sonoff.

However, we would like to replace the old standard wall switch with something that can control the fan and light. Ideally, this would be something similar to the below 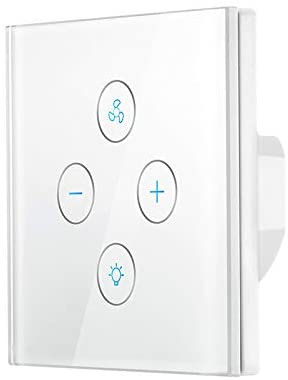 I’d like one button for turning the light on and off and either 4 seperate buttons for fan speed (like the sonoff remote) or a plus/minus mechanism to change between the 4 fan states, maybe even just one button to turn the fan on to its previous speed.

Has anyone got any suggestions of what i could get that would work here in the UK. I guess it can all be done with standard MQTT if i can get a switch that has the right layout

Yes the zemismart fan control.
Paul burns has a video about it in YouTube

I should probably clarify further. The fan replaced an older model that has pull-cables on the fan itself to adjust the fan speed and turn the light on and off. The current wall switch is just a basic switch that provides power to the whole unit when on. The zemismart seems to require wiring to the fan and light independently, almost as if it’s a replacement for the ifan03 in a wall switch format. I really need something that just sends MQTT requests, or can pair directly with the ifan

This would do the job of course - it’s just the remote in a holder on the wall, but it’s damned fugly. 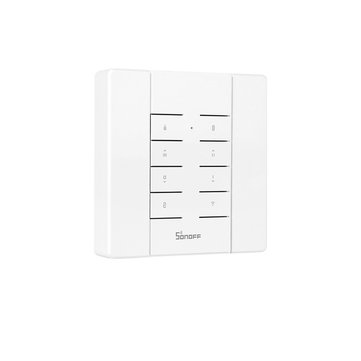 thats correct. the zemismart needs an additonal wire to control fan speed.
What you can do is get the zemismart, flash with tasmota and use it as a “remote control” with the mqtt commands.
you’ll of course need neutral in the switchbox.

I used tuya WF-FL01 switches to control ifan02 and ifan03s. The WF-FL01 is meant to be a ceiling fan controller, except they kept failing on me, so I left them in place and use node red to keep them and the ifan running tasmota in sync.

That means I can use the wall switch, the remote, or home assistant and it all works