I am adding more lights in my dining room and I don’t want to pull more wires to a new switch and add extra switches. I am planning to bypass the switch for some existing wires for one light, and add a little bit of wire from that to another location for extra lights. Hope this makes sense. Basically, I am making an existing wire permanently powered and want to add a wall switch to act as a remote control for the shelly 1 that I’ll be installed for different fixtures. I know there are some 1 gang 1 switch smart switches like those Martin Jerry ones that I can use it just as a “sensor” to control the shelly from home assistant. But since I am adding more fixtures and I want individual control, I would like to have a 1 gang 2/2+ button smart switches. I also found a DIY project called HA Switchplate which basically allows you to make a decora-sized control panel. It looks great but I love to maintain the physical tactile feeling of a mechanical switch(if that makes sense).

TLDR: I am looking for a 1 gang 2/2+ button smart switch (that’s doesn’t necessarily contain the relays to properly switch 110v) that’s using esp8266 (so I can flash it) to be used as a mains powered remote for anything home assistant.

Ps: I know I can 3d print an enclosure that fits a power supply like the IRM-03, a esp8288 and use some mechanical push buttons as input for the gpio pins to sense switch input. But I am looking for some commercially available products that I can purchase in quality and get with relative ease. Since I have way too many added lights that can only be switched on by remembering double, triple or sometimes quadruple taps on an existing but modified dumb switch.

No 3d printing or custom power supply or flashing required, they already make devices that can run on AC and do everything you want! (I did it recently)

Pick up a Shelly i3, it runs on mains AC but connects to either a normal or LV switch, and is small enough to sit behind the switch, 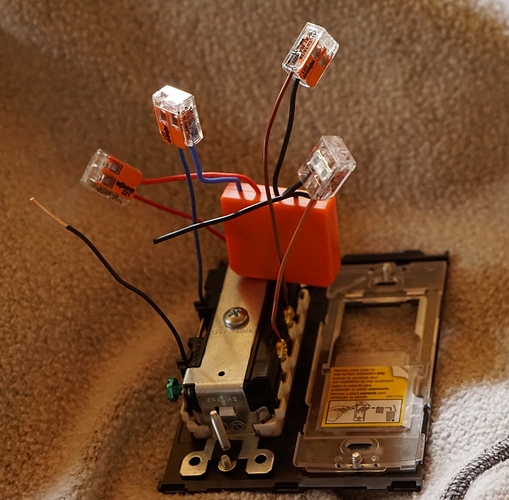 Here is the i3 connected to a 2-button Leviton switch, the thing on the right is a Lutron Pico remote flat mount holder which sits flush against the wall, giving me more wireless buttons, I will get a pic of the finished install later.

The i3 talks directly to other Shellies via their http based DDD format, which is near instant (50ms maybe) for on/off/toggle modes. If you are using a push button with multiple modes it has to wait to determine your intent (double/triple taps, long press, etc), you can also have a url controlled by HA that it can call, and have that perform a script or automation, it might even work with MQTT (have not tried)

As for Decora switches with 2 or more buttons:

Legrand make the TM811DTMO series, which is a 2 button momentary with replaceable icons
Legrand make the LVSW-100 series, which are 1 to 8 button and even have independent pilot lights, though they require 24VDC. They even offer custom laser engraved button kit ordering
https://www.prolighting.com/specsheets/lvsw-108-xx.pdf
Leviton makes the 56081-2W, which is an up/down rocker momentary
Hubbell makes the lvsm3npwh, which is a 3 button momentary, most online pics are incorrect, try google image search and you might find 1 correct. They also make a 2 and 4 button version (change the 3 to number of buttons)

The switch I am using is not momentary, but both Leviton and Eaton sell them in hardware stores. The Eaton has much more positive switch throw with a loud click, the Leviton is biased and easier to turn on than off.

If you do use a 24VDC power source, the i3 will run on that as well. It does get a little warm, draws less than 1W of power for the wireless connection and switch sensing. I did a voltage check on the switch terminals and it was lower than 24V when powered by 120VAC, so all the momentary switches should work just fine

!!!
Man, you are amazing! I’ve been looking for this kind of info for a long long time! Thank you so much!
I will for sure buy a few i3s to try them out. I found this which is smaller than the decora switch itself and should be able to fit behind the switch in the electrical box.

Also could you please share your Lutron setup? I have a handful of Lutron switches and pico remotes but thinking about ditching them since I can’t use the Pico remote to control other non-Lutron devices. Also, I am having a wired issue when turning on led lights with Lutron switches, the light will flicker and turn on. I am already using dimmable lights and have no idea why this is happening.

I am using a Lutron Smart Bridge PRO, which has telnet integration to anything, and there is a HA custom component that does that, then you can do whatever you want: There is a “low trim” setting on the dimmer to tune to bulbs so they work properly, the user manual explains the operation

I looked a bit more into the LVSW-100 series from Legrand. The 8 button one looks amazing. Do you have any suggestions on maybe how I can fully utilize 8 buttons?
I guess I can try to put 3 shelly i3s behind it but not sure how I can control the LEDs on the button this way. Or maybe get 24v from a 100v to 24v converter and then use another 24v to 5v to power the esp? But I am not sure how to receive the 24v signal from the buttons on the esp side and how to provide 24v to power the LEDs again.

Using the 8 button one fully would probably require a pair of ethernet cables plus a set of common terminal wires pulled from the attic into the switch box, they are designed to be used with a digital lighting control module that they make 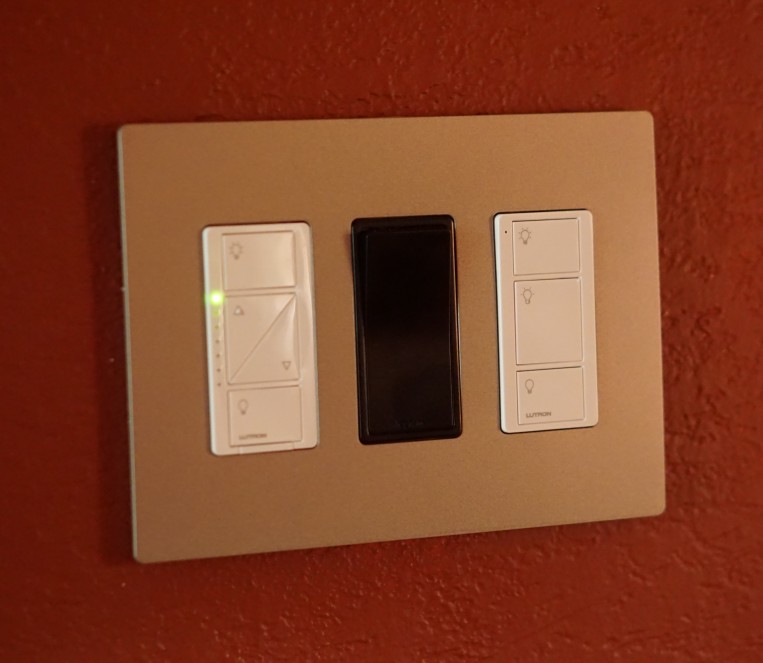 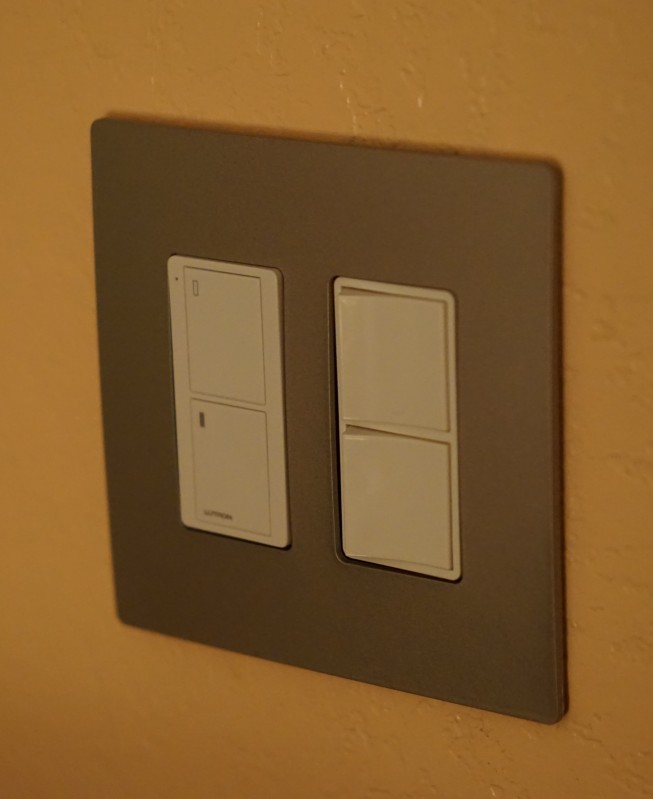 Here are my bedroom switches, the wall boxes are 2 and 1 gang, which was problematic, but the pico flush mount holder and a new plate made things awesome again.

The double switch is the one with the i3 behind it, I only needed to control 2 shelly devices and the switches are a good chunk larger than on the triple switch

Even when paired directly to a Caseta device, the pico button press can still be seen in HA, so you can do something like