I don’t suppose that anyone has integrated one of these into HA?

They seem to have a cloud api, but I haven’t started trying to sniff out app traffic yet, thought I’d see if anyone else had done the heavy lifting for me!

Hey, quite a late reply, but you can actually add any petoneer device to the Smartlife or Tuya app(they both seem to be identical, so go for either of them, whichever has a nicer icon to you).

After that, you can create 2 scenes in the smart life app, one to turn on the fountain, and one to turn it off. Unfortunately neither of the apps have the ability to use turn on/off, so what you then have to do is create a helper in home assistant, head over to your site, config -> helpers -> create an input toggle helper and make an automation when the input toggle goes from state “off” to “on” it runs the scene to turn it on, and another for the one to turn it off.

Works perfectly, then you can just customize the toggle icon

Im more looking to be able to get alerts and water level out of it, to use in automations. But that makes me wonder if I can connect it to my tuya dev app using tuya-cli, and get information out of it locally that way!

Now that would be interesting, could you provide some links for that so I can look into it?

I do not have any idea how to intergrate with device .
It is even not supported by tuya open API.
And I could not sniff out any HTTP traffic. I assume they are using different protocal . Im using it for some other tuya stuff, i wrote an app outside of HA that uses

I’ve managed to sniff out some traffic, it’s making both http and heaps calls to tuya, but I haven’t got any further than that.

I tried with tuya cloud. I use postman and try to send command. But it seems it is still not fullly supported. Most of apis returns 2016 error code which means this device doesn’t support.

And tuyacloud is not free anymore.

Im going to do some more sniffing using MITMproxy over the holiday break, so ill see how far I get!

Ive manged to get data out about a specific device, using postman, and have written a simple PHP class to prove it works.

Ive never written a HA plugin before, but i guess now is the time to try!

Thanks so much. And if it is possible, could you share how to sniff the traffic? I got nothing because of https. In my case it is using tuya’s domain.

I have some experience with writting sensors for HA. The only difficulty is debugging. Instead of creating whole develop environment of HA, I am using docker and printing log to console to debug. Just find a repository for custom sensor component, then modify it. We also could share a project on github.

@licheng5625 I used mitmproxy and my wife’s iPhone to get the relevant payloads and endpoints.

My php class is defintely working, collaborating on a a project sounds like a great idea! 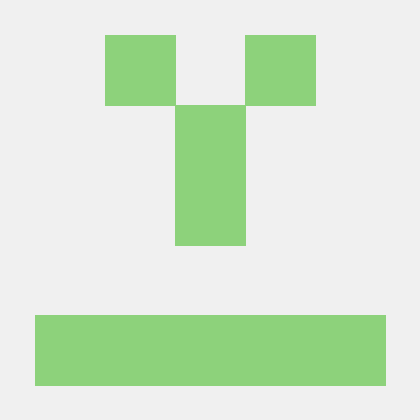 And ive hacked something together in python too

Contribute to sh00t2kill/petoneer_revogi_py development by creating an account on GitHub.

Ah ok. You are lucky. Petoneer Pro has their own app and server. I am using petoneer Ultra which is availble in europe. This model is implemented with Tuya platform. I cannot use the code from you.

Shame. Looks like there are different apps for different devices unfortunately!

Here is some assistance for the ultra version at least:

The values above are what they were for mine when I started fiddling with it to see what was what, they will of course be different for you

Afaik: Tds stands for total dissolved solids, and the number is parts per million.

Amazing !!!
it works!!
Thanks so much

only one thing is different. I do not have 107 UV on/off.