So I just built up my 64-bit pi4 and restored my backup which worked really well. I went into Supervisor → System and added the wlan0 connection. I previously only had eth0 and now I have both connected.

The problem is my Sonos system is on the VLAN that the wlan0 is connected to and everything else is connected to the eth0 VLAN. The eth0 connection was how I accessed HA before, but now the web interface, and only the web interface, has been disabled on the eth0 VLAN, however, I can access it without any problem on the wlan0 interface. However, it is slower. I can ping both interfaces by IP without any issues.

That being said I do not want to disconnect the wlan0 interface at all, because it has the connection to the Sonos devices and they aren’t accessible for some reason through the eth0 VLAN.

How can I force HomeAssistant to serve the web page on the eth0 interface instead, without losing the wlan0 one?

No idea, but maybe this works : 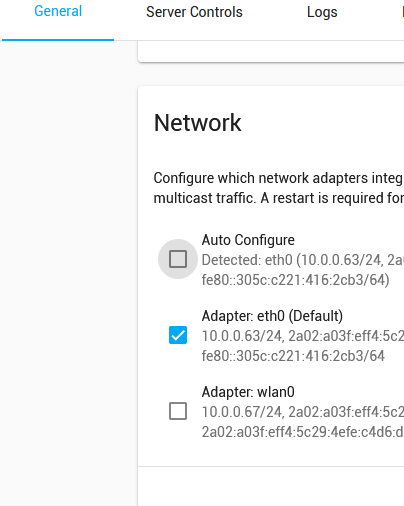 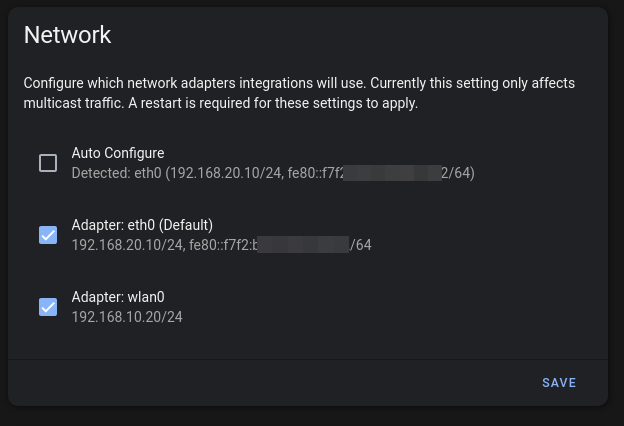 You should only be using eth0 and sort out your network bridging for the wifi in your router.