Hello. New to this forum, New to HA entirely. I’ve been looking at automation solutions and have a few questions about hardware interfacing with HA.

The heat in my house is run by a Tekmar controller, which manages everything. The controller has available for it either a serial or a usb interface and there are drivers for some commercial home autatiom systems. I’m wondering if anyone has written drivers for it for HA. I’d really rather not reinvent the wheel…

Additionally, the house has Fujitsu ductless A/C. 2 external units connected to 8 internal units. Does anyone have a good solution for integrating control of these? I’ve seen some products that seem to be IR blasters, but those would need to be one per room. Are there any solutions that can be connected to the outdoor units to control the lot? I don’t know if the units have that sort of capability. If it has to be IR, that’s fine, what solutions have people gotten to work?

Hi,
I’m new to Home Assistant and I’m currently in the planning stage for my new home, trying to find out which “home automation friendly” components I should use.

For my hydronic in floor heating system most contractors here (in Canada) suggested a Tekmar controller. I also heard from Tekmar that this system can be integrated with home automation systems using their 482 gateway. But as far as I can find, nobody has ever used that, or?

If anybody else likes to use Tekmar controllers, maybe we can join forces to create a solution for this?
/Hermann

Sorry it took so long to reply, I tend not to be on the forum that often.

Tekmar has been amazing for heat control - used it in my current house and previous one - highly recommend it. But no good integration with HA to date.

There are two interfaces possible:

Problem is, these are expensive units. $700-$1000 each. So I’ve not yet been willing to shell out the money to experiment with them, especially as I definitely don’t have time to develop a driver right now. If anyone develops a driver for either one, even an experimental one, I’ll be happy to go buy one and assist in testing.

Update: I wrote the above from memory, but it looks like there’s been a change. The 485 has been discontinued in favor of a new device, the 486, which is also ethernet/wifi but now uses cloud services and mobile apps. No clue if that’d make it better or worse, some research is warranted. But maybe a 485 will become available on the cheap…

Thanks for the update and all the info.

After doing more research I will probably go with a system which includes Tekmar controllers. It’s good to hear that you seem to be happy with yours.

I also think controlling this heating system from HA may not be the highest priority. In floor heating has by nature a very slow reaction time, so that it’s probably not even worth reducing the heat over night.

My initial focus will now be to install thermostat and humidity sensors in all rooms to see what conditions are. I expect that once the system is setup properly that very few adjustments are needed, and therefore temperature control through HA falls on the “nice-to-have” side instead of “must-have”.

However, if anybody is interested in joining forces to work out a reasonable solution I’m willing to help.

My original thinking was that the REST-based 485 would be easier to integrate than the serial 482, but now I’m not sure on how to proceed - I definitely don’t want to rely on the cloud-based 486. But developing stuff for the no-longer made 485 doesn’t make sense either. So probably 482 is the way to go.

The protocol is public, and the easiest approach is probably to use ESPHome on a D1 or something attached to the gateway box. Either write the driver code as part of the ESPHome, or just have ESPHome pass the raw data to HA and process it in HA.

Has anyone found a way to integrate Tekmar thermostats? I’m doing hydronic floor heat in my new home and would prefer to use these thermostats but want to integrate with HA.

They sell this hub that communicates via RS232. Would that integrate easily in HA?
http://www.tekmarcontrols.com/products/accessories/482.html?task=view

It’s the same problem I posted about above. Yes, the Tekmar 482 Gateway (the one with RS232) can be made to work with HA, but someone would need to write code to communicate with it using Tekmar’s protocol. So far, I’ve not had the time to commit to it or the willingness to drop $1000 on one to experiment with.

As I mentioned in my post from January, I was thinking about the 485 gateway, which used a REST-based web interface, and hopefully decoding enough of that interface to make it work with HA, but they discontinued it, in favor of the 486, which is cloud-based only (and no public API as far as I can tell). So developing code for the now-discontinued 485 seems pointless, and I don’t want cloud integration. So the 482 remains the best bet.

They also now have WiFI/Cloud enabled thermostats, the 561, 562, 564, but as far as I can tell it uses their app, only. Again, not something I’m interested in.

And one more update:

Maybe I missed this before, as I don’t recall it, but it looks like TekMar actually provides a Python program for talking to the 482. It basically acts as an RPC server, communicating with the gateway over serial and presenting the protocol methods to be called over a network. With that, things seem much easier. One could embed, say, a Raspberry Pi in the box to actually talk to the thermostat and act as a server, and then write something client-side to talk to that server.

This would avoid needing to deal with the low-level serial protocol stuff.

Finding this may motivate me enough to get the gateway

I’m converting all my hydronic and HVAC stuff to Tekmar, so I’ll probably end up getting giving a gateway integration a shot at some point if someone else doesn’t first.

Also, back to the Fujitsu minisplits, I have plans to put a couple in add-on rooms where the HVAC sucks. Both Fujitsu and Mitsubishi have thermostat adapters to interface with a standard thermostat. Then I can use a Tekmar thermostat on the TN4 bus to control the mini splits which would take care of all heating and cooling needs in one unified system (or at least that’s my grand plan).

The Fujitsu part is UTY-TTRX and the Mitsubishi is PAC-US444CN-1.

The Fujitsu part is UTY-TTRX

I just recently looked at that, but, unfortunately, in my hose the mini split heads are not convenient to the Tekmar thermostats in any room, so I’d have to open up walls or run exposed wiring to use that approach.

Also, I think if you use the external thermostat converter, it can only turn the A/C on/off (presumably to full blast), but not control how hard they are cooling or how fast the fans blow. So I’m going to stick with Sensibo for this application.

I guess I’ll find out through trial and error. The manual says the default setting for fan speed is “auto” if you don’t use the fan speed inputs, so without trying it in the real world I can only assume it would still scale the fan speed like normal. It also has settings for heating and cooling “patterns” and staging inputs, but doesn’t say what the patterns are, only that energy savings are improved on different patterns.

@Glendale, did you get a chance to play with the TekMar gateway and integrate it to HA? I’m going to use the TekMar t-stats for my in floor heat and would really like HA integration. I want to know if the TekMar is in heat mode so HA will turn off my forced-air zone for that part of the house.

I’m not smart enough to write the code, but I can contribute some funds if that helps the integration move forward.

I bought all my Tekmar stuff last August and then haven’t had time to install it yet since I had other stuff come up.

Also for reference, there is a not-so-well maintained integration called fujitsu_general_heatpump: https://github.com/xerxes87/pyfujitsu_for_homeassistant

For the fujitsu heatpumps, I have been successful integrating and controlling them via a small custom Particle program (a wifi device similar to ESP32). You can find the firmware and some notes/links here: 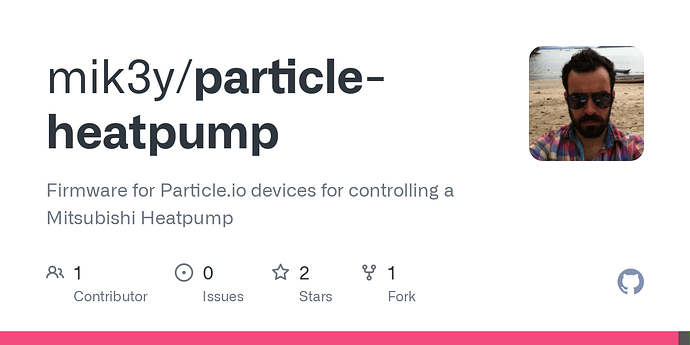 The devices sit on MQTT and are controlled by HA that way. Going on almost 2 years now, very reliable. If you check this out and need help, plonk open an issue there and I’ll do the best I can.

But I’m actually here to talk about Tekmar! I’ve got two or three of these thermostats for a hydronic system, and very much want to:

From the thread above, I found this wayback archive of the RS-232 protocol description. This looks pretty surmountable to me, maybe I am missing something?

I can journal my notes here as I go. If anyone lurking has had false starts or sees problems with the approach, please do chime in and save me some grief! Cheers.

The protocol you linked, Tekmar Home Automation/RS232 protocal is the serial protocol for communicating with the Tekmar 482 gateway. You have to buy the gateway and connect it to your other Tekmar devices.

The protocol used by the actual thermostats and such is the tekmarNet protocol mentioned at the top of that page - a CANBus-like protocol which, afaik, has never been published. I suppose it’s possible to sniff it and reverse-engineer it, to avoid having to buy a 482, but that’s well outside my skills.

The Particle project you linked seems to be for Mitsubishi, not Fujitsu heat pumps?

One of my biggest questions with the Fujitsu units is whether they have an exposed serial (or other) interface that can be connected to and would allow control of the unit. I know there’s a serial communication channel between the indoor heads and the outdoor condenser units, but I have no idea if that’s also usable to control the whole thing, or, for that matter, how to physically tie into it.

If you’ve done this with the Fujitsu units, could you share the hardware details? What did you plug in where?