My house came with an ADT SafeWatchPro 3000 installed. The system has multiple door switches and PIR motion sensors. I’d like to upgrade the system, and bring it into this HA age. Ultimately I’d like all of this to be run from Home Assistant.

I’ve done a bit of reading and there are few options out there, including this hardware: ESP32, Konnected.io, RPI and a multitude of sensors.

I’d like to get a bit more pointers and experience from fellow HA/Security enthusiasts on how to upgrade my home/system.

Since it is wired, you need to determine how the data is handled.
If your sensors are just reed switches then it is fairly easy. For the motion sensors you will have to figure out which is power and which is your ‘input’.
I assume that everything goes to a centralized location. How many sensors? Do you know the voltage requirements for each sensor?

Hi @GlennA. The sensors appear to be purely mechanical spring-loaded push buttons (not reed). They are made by Sentrol and look very similar to the picture below i.e., not very ‘smart’. There are 4 of them, and are fed by 2-wire cables each. I just checked with a multi-meter and the resistance is very large when the doors are open (switch not pressed) and very small when the doors are closed (switch pressed). 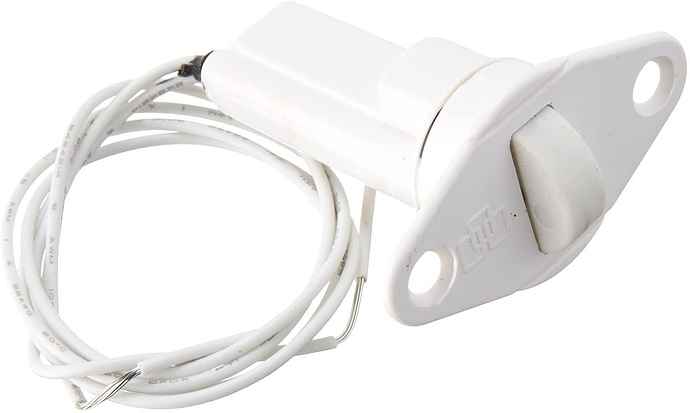 There are also 3 PIR motion sensors, and those are fed by 4-wire cables. I just broke one while trying to remove it, so might be a good idea to replace them all. The connections say 12V DC, but I just measured and it’s near 13.5 V. This will likely change if I get a totally new controller/board. The box/board is an ADT system (pictures below). I initially thought there were switches for the windows but no, I checked and there were none. The system is about 18 years old and due for a face-lift. So, moving forward, here is what I’d like to do: 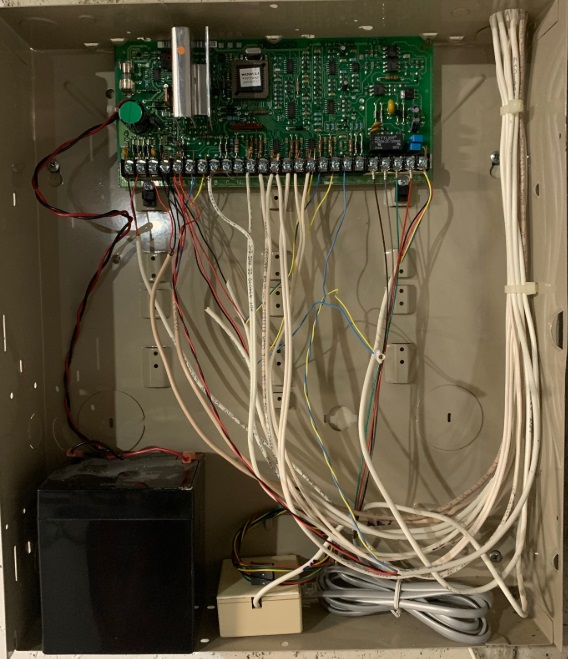 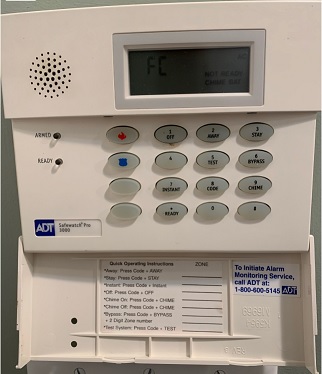 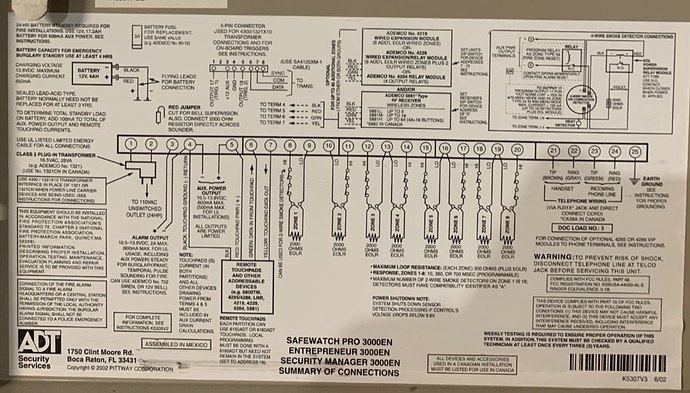