Why the heck don't we have global variables?

Not the faux global variables implemented by various custom components but first-class citizens of Home Assistant.

We should be able to define a global string, integer, float, list, dict. Even just a string that holds more than a mere 255 characters would be appreciated. The state of global variables would be saved on shutdown and restored on startup.

That’s not asking for a lot considering what kind of global variables can be defined in another home automation system (that’s now 20 years old): 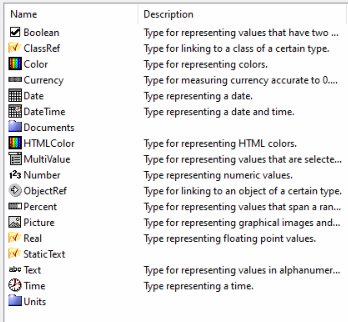 You might call it “programmable state”, to make it clear that it’s part of the state machine.

But essentially the same thing.

I used the term that I believe most users are familiar with.

Can you describe some use cases

That would be very nice. I end up using secrets to store constants and be able to have them all on one page. I even use input_text, input numbers, etc so I can use them in templates and set their default value using a Secret.

Can you describe some use cases

I’ll make a deal with you, we can forget about global variables if you can tell me how to store more than 255 characters and have it survive a restart.

input_text serves as a decent ‘global variable’ because it survives a restart and has a service to set its state. However, it can only store 255 characters which limits its usefulness, especially if you want to store more than one value (like a comma-delimited list of items).

The workaround is to revert to MQTT and publish the data to a topic that’s consumed by an MQTT Sensor’s attributes_template (because, as we all know, attributes don’t have a 255 character limitation). However, that’s a rather long journey to merely store a value (plus the infrastructure of MQTT).

My most recent need involves an automation that restores active timers. Currently it maintains a record of active timers as a comma-delimited list in an input_text (timer name and timestamp). That works to a point until you have more active timers than can fit into 255 characters.

I tried to store the data in an input_select (its options attribute contains a handy python list) and everything looked really good until I realized the options I set aren’t restored after a restart (the original options are used). Too bad because an input_select would make a really nice ‘global list variable’. Each option can hold 255 characters and I don’t know if there’s an upper limit on the number of options but I tried 50 without any complaints.

For me that is a: Yes please. Have a way to manage variables of different types globally. They don’t need to track any state (although a service to change them would be nice).

Currently, I use input_* entities for them, or secrets (while not a secret).

However, once such a thing is created, use for it must be created as well (e.g., easy using in automations and script). So it might be a bit bigger.

But, yeah would love this

I made a dynamic zone-based notification system that relies on a global array. In the HA front end there are three input_selects in which you select the person, zone, and entering or exiting. Then in an input_text you type the notification you would like to send. With a custom event (fired by pressing a frontend button) you save the information in the inputs as an array entry and clear all of the inputs. Then an automation watches for device_tracker zone changes and sends the notification when the person/zone/position requirements are met. The entry is then removed from the array.

Currently this is only possible in Node Red, because Node Red has a global context in which to store variables. I agree with you that setting/getting values is equally important. For the moment, input_text works reasonably well: states() to get and set_value to set plus reload to initialize. Life is good until one bumps into the 255 character ceiling. This can happen when you use an input_text to store comma-delimited lists. However, I do realize this ceiling isn’t likely to be raised any time soon because it has widespread implications.

As for the input_select, aside from the fact new options are discarded after a restart, it’s impossible to set new options dynamically. Yes, the documentation shows an example of how to set new options “dynamically” with a list but that’s hardly “dynamic”. The list is pre-defined in the automation. To be truly dynamic the list would need to be generated by a template … but Jinja2 can only crank out strings not lists. The workaround is to write a simple python_script that sets the new options … but that’s a step too far for many users.

Ideally, an input_select’s set_options service would accept a comma-delimited string as an argument (and is converted to a list internally). At least then we would have a truly dynamic way of setting options using templates. Of course, this doesn’t address the issue of losing the new options after a restart.

Yeah I’m familiar with that, however, it uses the state engine (it just create entities), which is kinda overkill.

How about just a few things like “input_blob” and “input_list” (think multi select dropdown).
Could just reuse the existing infrastructure for the other inputs

As mentioned above, the problem with input_selects is anything you store in them won’t survive a restart.

I could see this being easily added to the “Helper” UI. It would require a separate entity type.

I never suggested they did. They are only a means to an end.

Not questioning your intentions, just pointing out the fact they don’t make effective global variables because their life ends at the next restart and then they’re reborn with default values on startup. A good global variable can survive a restart (like, for example, an input_text or input_number).

You misunderstood my reply if you think that’s what I was suggesting. The values in the input_selects are all static. The array that they feed is not.

Agree, but in my opinion that is a more like a bug.
The selected value of all inputs should be restored on restart (why the heck are they not?

I’m still struggling why people think they are needed, what problem are they solving exactly? From what I’ve read so far, it is more a WTH on input_* entities. Isn’t more or less everything in home assistant a ‘global variable’?

Can you give a clear example maybe?