Thanks for the update! Doesn’t sound great but keep us in the loop!

After a week or so I just tried again to set it up with the app from the store and somehow it just worked. Have not heard any updates from Eurotronlic however.

The app is pretty basic. I have not tried to sniff the protocol as I am not sure what the best way is to do so from android. Any advice on that is welcome.

It will be a lot easier if it’s not ssl encrypted. Good luck!

Ok, I used the ‘WIFI hotspot on my laptop option’ which is so simple I think I should have thought of it myself.

So there is some good news and some bad news, the good news is that I can see my phone send packets with Application level protocol mqtt. The bad new is that it is sent via TLS to an Amazon Elastic Cloud server.

any news about this? Can you integrate it into HA?

There’s no news about the new API. I think this will take a few more weeks until they publish anything.

Is that based on new info from Eurotronic or assumed based on what they communicated before?

I somewhere (obviously not here, even if I thought that) a user wrote that he/she wrote again to Eurotronic and the answer was that it still takes some time.
I hopefully really read that and not only dreamed it…

Sorry I was not able to update on this.

I did find a way to control and read status information from these devices in HA. Unfortunately this relies on a security issue in the way the app currently communicates with the devices. I reported the security problem to Eurotronic some time ago and they are working on resolving this problem.

I just got the following from them

At the moment we are in the last steps of testing our new app version. This will be available within the next weeks.

The new app will work with a data base and the security problem will definitely be solved by doing so.

At the moment we cannot tell you when we will publish the API for Comet WiFi.

I expect the new version of the app will also require an update of the devices firmware after which it will probably no longer be possible to use this mechanism.

Winter is coming so… any news on the API availability or hack possibility?
I’ve been using the Aeotec zwave TRVs but they are hard to find to this year and I am not very happy with them anyway.

I decided not to go for the Comet Wifi but bought a set of Eurotronic Spirit Zigbee instead, which integrate into HA quite nicely. https://eurotronic.org/produkte/zigbee-heizkoerperthermostat/spirit-zigbee.

I did see just yesterday, there is a new app for the Comet Wifi in the app store now. The old app now shows a notification that you can do a software upgrade so you can
Benefit from our new security concept for more security in your home.

I have not tested the firmware update or the new app, because I basically gave up on these and already have the ZigBee devices now. My guess is that after you do the firmware updates of the Comet Wifi it is no longer possible to control it via mqtt, but only via their new (secured) cloud service. This removes both the security issue and the possibility to control them from HA.

That was my mail:

So basically: There’s no news about this, the development of the API needs more time…

I reverse engineered their internal api. If you want to, I can give you the insides you need to run your code. Feel free to contact me.

Hi everybody,
Thanks for sharing the feedback from Eurotronic! Very useful information.

This product is exactly what I was looking for, however the user reviews on Amazon are VERY bad. Based on those reviews, I am not sure at the moment if only their app is not good, or also the hardware. Because I also see some complaints about the batteries, accuracy of the temperature readings, … Therefore I would appreciate a lot if some of you could share some experiences about these devices, before I buy them.
@DrFuehrer: kind of impressive that you managed to reverse engineer the API. Would really like to hear what you have found, because I had not planned to use their app. Do I need to send you a private message, or is it appropriate to share your results here?
Thanks!!!
Bart

Not strictly on topic but I think the quest for exploring this thermostat was ended by Shelly TRV.
The sales will start from 4th of April 2022 and currently there are no independent hardware reviews but considering what Shelly has been known for this should be the ideal TRV. No need for hacking and reverse engineering the API as everything is open by default.

Agree. If you wait long enough to listen to customer requests and don’t take their privacy seriously, competition will catch up.

Not independent perhaps but a review. 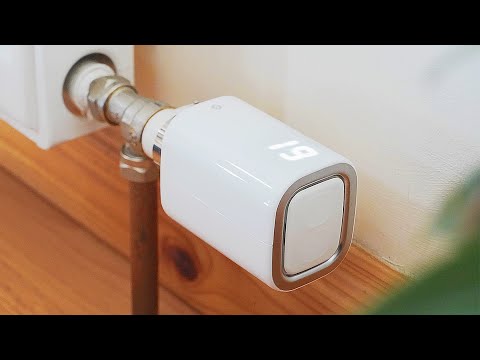 I believe his reviews and videos to be trustworthy but you off course have to make up your own minds.

I did found a Comet wifi on Amazon and bought it, just installed actually… I did read (probably wrongly) that it should be possible to use them with Fritzbox… yeah when you have the DETC version… I fill honesty that either Hama and Eurotronic both sucks a little… the TVR can be setup in them own app that don´t even complete the setup of the device because of a “required wifi radio software update”. Fritzobox don´t detect them as TVR… as I wished in the begin as per there is a Fritzbox integration that should allow to expose the device to HA… nice it works with wifi… but out of the box… where is the api that wold allow us to integrate them?

Hello everybody
I am using those fellows since a year. And I am quite happy with it.
Only “quite” because of some issues.
Does anybody can update the things? I can’t update any of them. And don’t see the name of the last one in the list for update. This is quite disturbing.
Thanks

I’ve gotten basic functionality working with custom DNS entries, redirecting MQTT messages to Home Assistant.
I’ve written a guide with configuration examples here if you want to check it out.