Wiring a Shelly to 2 lamps and power-loss to Shelly

I have 2 lamps in the bathroom which I’d like to control with a Shelly (individually).
Initially I bought 2x Shelly 1, but might be better of with 1x Shelly 2.5

The only problem is: I am kind of reluctant to opening up the wall socket because this is a rental appartement and I rarely worked with mains voltage.

On top of the cabinet I have the 3 wires (L1, L2, N) coming out and those have been wired with clips to the lamps by whoever installed it in the first place. I think I should be fine with a wiring like this, powering the shelly from L1+L2:

Of course this would mean that whenever I press the wall switch and interrupt the power, I would turn off both the lamps AND the Shelly’s. Personally that’s not much of an issue but I was wondering: what is the default when I press the switch again, and the Shelly’s get power fed trough them?

Will the Shelly’s automatically turn on the lamp again, or will only the chip on the Shelly be powered, having to toggle the state for the lamps again in HA?

Here are some pictures of how the current wiring situation is set up: 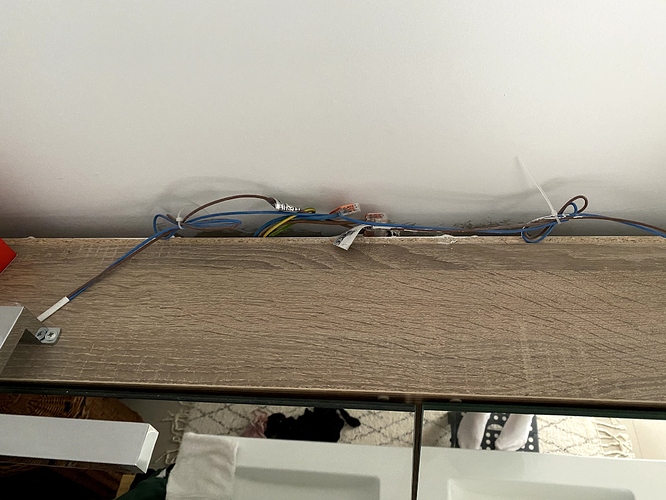 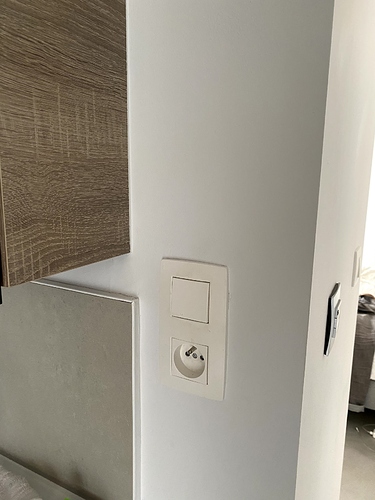 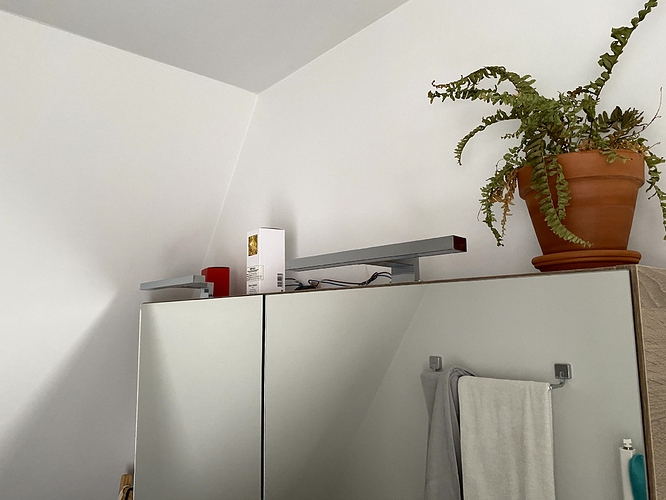 I would say that you ought not to be switching the Shelly on/off via the switch as this would be bad practise and you would not be able to turn the lights on via WiFi if the switch was off. It is designed to be always on however you can define an initial state (on, off, or maybe last) in the Shelly App.

You should be able to wire the power straight through to the Shelly so that it is always on. A live connection from the switch can then be connected to the SW terminal (see markup below) on the Shelly meaning that the lights can be turned on either by the switch or via Home Assistant. 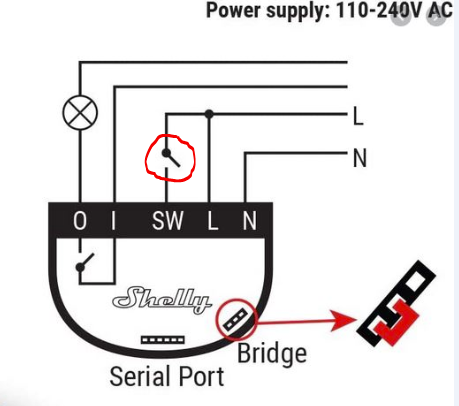 Yes that helps, but this way I’d have to open the wall socket which I’d rather avoid.

If Shelly provides a default action (ON, or LAST) that would help me a lot. Myabe I 3d print a cover for the switch so we can’t accidentally turn the Shelly off

Yes I see your problem, it’s a shame you have not got another live wire in the vicinity that you can wire to the Shelly to keep it always on, that way the live from the switch could go to the SW terminal.

I checked on one of my Shelly’s and you do have the option of a “last” state as below:

Bear in mind that when you turn the Shelly on it may take a couple of seconds for it to boot up and join the wireless network.