Hey, I’m using the Conbee II with the ZHA Integration. Is it possible to add the Mini Switch somehow to HomeKit as a device?

Just wanted to say thanks for the BP, works flawlessly with the 2 buttons I just got!

When I get to a computer I can get more accurate info. 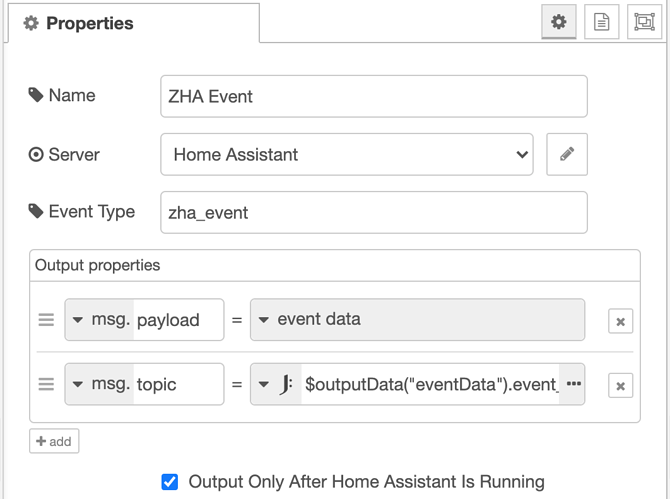 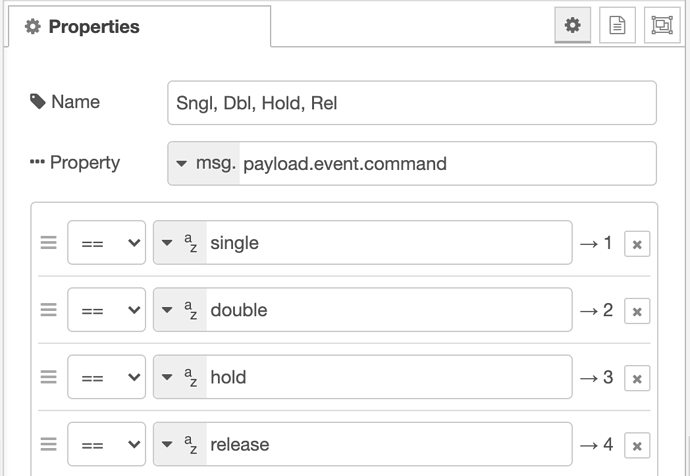 This is exactly what I’m doing in Node-red. So easy to trigger events with the event node listening. Thanks for posting @BigWalnutZ Gotta love node-red.
Also, I had an issue with the button presses sometimes sending 2 payloads immediately, so was causing an issue because I wanted to use single press to toggle light on and off. It would turn the light on and then immediately off when the 2 payloads were sent. I didn’t want to waste the double click on the off command so I found that adding a 400 millisecond stop timer fixed the issue.

Nice! I want to do the same, but my dumb sengled wi-fi light bulbs I was testing with didn’t always turn them all on together so the toggle could get them out of sync with each other so I did that out of necessity so I didn’t have some turning off while others turning on. Also they don’t always report status right, so couldn’t just check to see if they were on or not, etc. Grr. Definitely would be better with my other lights that are wall switches instead of individual bulbs.

Can you post how you did your stop timer?

I wanted single to be toggle on/off, double to be cycle between say 2-3 scenes for the lights etc., and the hold to start increasing brightness until they got to top brightness then reverse direction and start dimming and repeating until releasing at the desired brightness. I’ll have to do that with my in-wall dimmer switches so things stay in sync.

Hey @BigWalnutZ . I just got 4 Sengled zigbee lights last night! I’ve only setup one so far in a lamp outside my wifes office. When she is on her phone, I have the light turn blue and as soon as she hangs up the light goes off. Its very responsive. I will setup a couple more in a group and see if I run into the same issues you are having. Perhaps its an issue with the sengled wifi bulbs vs zigbee?
Love the idea of long hold on the aqara switch for increasing brightness. I’m going to play around with that this week. Anyway here is the screenshot of the stop-timer. I didn’t try any less than 400 milliseconds but less than half a second response has been great. 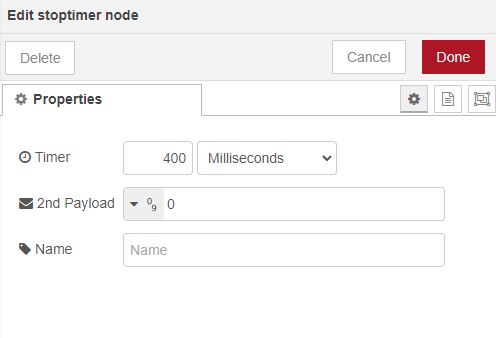