🔹 Browser_mod - turn your browser into a controllable device, and a media_player

Pop ups are functioning, but style is not being applied. Also noticed on my pop ups that they are not centered...

Just released Browser_mod 1.1.6 allows you to set your deviceID manually! You can now change deviceID by adding deviceID=whatever the the URL (once is enough, it's saved). Use deviceID=clear to generate a new random one.

Config to trigger reusable popup card <- this is working

Config to trigger popup via script (this is based on the cookbook example) This is called from the reusable popup card. <- this is not working

This was my prior config to call a popup via a script that worked in 0.112 but is not working in 0.113 (again this is what I was using in the reusable popup card to call another popup card via a script.

Is the ability to call a popup via a script from within a reusable popup card no longer doable or is my config incorrect now with the version 1.1.6?

Just wondering - auto-closing (after a delay) of a more-info box isn’t working for me, should it ?

At the moment browser_mod.popup is displaying correctly in Safari on MacOS (ie. center of browser window) like this: 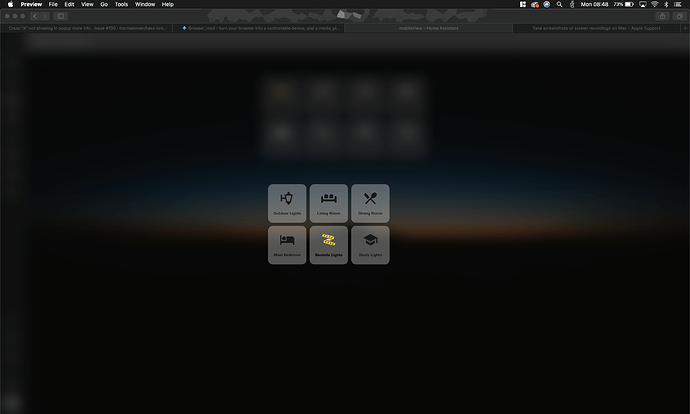 screenshot_browsermod3584×2152 428 KB
When loaded through the mobile app on iOS, the popup shows as below

How do I remove the state text? It is of “type: custom:mini-media-player” that I have in a browser_mod.popup. 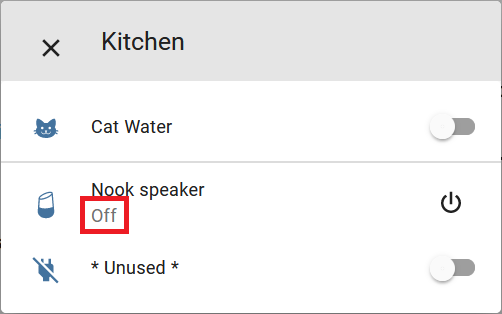 If it’s mini-media-player, it’s its problem, not browser mod.

On mobile, all popups are displayed in full screen. You’d need to center the buttons in the popup window somehow - it’s clear they are not exactly centered in the computer screenshot either.

Left - observe that “Off” does not show under the “Nook Speaker” media player.

Middle - again, observe that “Off” does not show under the “Nook Speaker” media player.

Right - now, observe that “Off” shows under the “Nook Speaker” media player.

How do I remove the state text? I tried the media_player idle_view options but no luck.

hmm it seems that my tablet now has an altogether new deviceID as well - is this something that could happen when Home Assistant itself updates?

I had a feeling that was going to be the answer, good to have it confirmed. Thanks Thomas!

Do you know why some of your custom cards (layout-card over all) are not working on IOS 10.3.4?
I already open an issue…

I hate to ask such a noob question to what is likely very basic css and yaml formatting, but I cannot figure out how to get correct styling with browser_mod/card_mod and the popup service call. Basically when I click on an entity I get a browser_mod popup card, and that single large card is filled with several rows/columns of different buttons using a vertical-stack and several horizontal-stack cards. The problem is that I need to change the width of the single large card containing all buttons, but setting the optional parameter large: true is too wide, but large: false is just a tiny bit too narrow. I’ve tried applying style at various levels but either nothing changes or the wrong card changes. Just interested in the single large main popup card. Below is the card set to large both true/false. 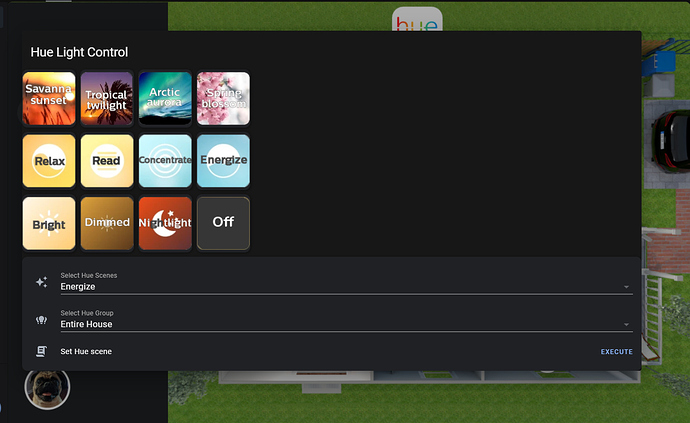 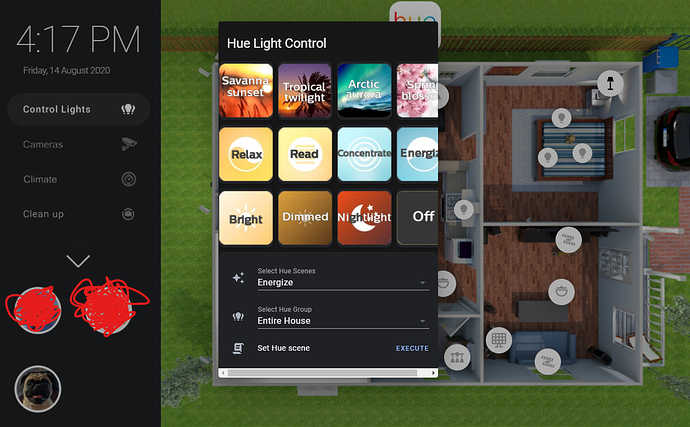 Here’s part of the lovelace config; I left out the bottom 80% of that card for brevity.

Set large to true, and then use card-mod to style the whole thing to make it smaller.

I suppose this is where my css noobness really shines; where would the style be nested in the above example config? I’ve managed to change the width of the individual buttons; the width of the single column/vertical-stack within the single large card, but never can change the actual pop-up card width (other than changing large setting).

Has anyone had issues with browser_mod & the device light entity on a Samsung Galaxy Tab?

When I ran some cheap Lenovo tablets, the screen toggle worked perfectly so I’m thinking it may be an issue with the way FKB interacts with the tablet.

Any help much appreciated!

how to install browser mode
from where do i copy files to my config.yaml

If you’re not using HACS, there’s a green download button at the top right of the github page.
The readme tells you which files you need and where to place them.