I have edited this posting for some corrections and to provide additional informations .

A new communication protocol called Chip / Matter is on the way, comparable to mqtt, CoIoT or CoAP. The goal for this standard is, to achieve more compatibility in smarthomes. Therefore Matter has the ability to communicate via BT-lowenergy, Wifi, Ethernet, Thread and even DSL or docsis.
Like i mentioned before the intention for Matter was, that device from every manufacturer can communicate with each other. And nearly all the big manufacturers admitted to Matter. This project is open source and based on IPv6.

And what is Thread?
It seem, that Thread will be the new wireless standard that comes with Matter. Its mostly based on Zigbee, but without its compatibility issues. Because of that, older Zigbee products could might be upgraded to Thread via Firmwareupdates.
First devices with threadsupport are already on market. For example AppleHomePod, Google Nest, different Eve and Nanoleaf products.

I hope of an integration soon. Please help vote.

Don’t forget to vote yourself.

Where can we vote?

In the top, left, on the button labeled “VOTE”

Thanks. Amazing that I’ve never noticed that. I’ve always been looking for a heart button on the first post, but wondered why it’s not there.

I’m voting for this, even though I’m not confident that it’ll end up any better than fragmented ZigBee. (I’m pessimistically sure that some manufacturer will start the multiple “standards” ball rolling with some excuse for why they “have to” use their own version of Thread. Still, I optimistically hope I’m wrong.

I dont think that this will happen, because thats one of the main arguments for Thread and an initial intent for this standard. For Zigbee the companys hadnt had this condition. A proprietary Thread isnt Thread anymore.
Furthermore Thread is only the wireless standard. The application layer behind Thread will be CHIP(like the joint venture behind)
Here are more infos: 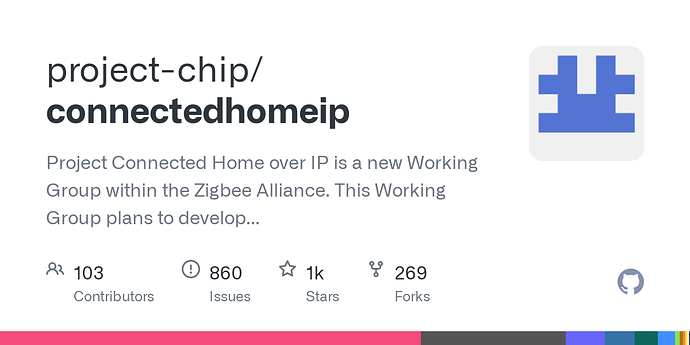 Project Connected Home over IP is a new Working Group within the Zigbee Alliance. This Working Group plans to develop and promote the adoption of a new connectivity standard to increase compatibili...

I’ve already read the info (voraciously). I wish I were more confident. I’ve seen the forks happen to ZigBee, which started with the same high hopes. As I said, I truly hope I’m wrong, but I never underestimate a company’s short-sighted attempts to force a particular product line. (eg: Apple’s (relatively) recent embrace of the Hue hub, but only with Hue products, not the wider ZigBee product set that Hue works with.)

I wish I were more confident.

You can! And it seems the name has changed.

The goal of Matter is deceptively simple: make sure you’re able to use your smart home devices with the voice assistant (or assistants) of choice, whether that’s Apple’s Siri / HomeKit, Amazon Alexa, or Google Assistant. At launch, Matter will run on Ethernet Wi-Fi, Thread, and Bluetooth Low Energy.

Other big companies, like Philips Hue, are on board: the company has already promised to release a simple software update in the coming months that will make all of its past and present products compatible with Matter once it launches. 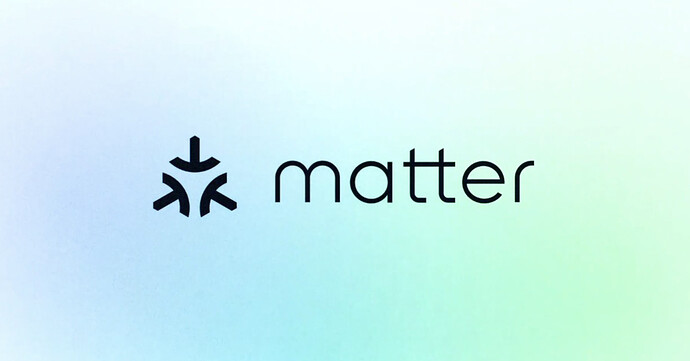 Matter is the new name of Project CHIP, the partnership that promises to...

Can Siri, Alexa, and Assistant all get along?

Philips isnt the only manufacturer that announced firmwareupgrades for their existing Zigbee products to make it Matter/Thread compatible.

Thanks @Jpsy for the link.

Don’t get me wrong here. I’m very interested in seeing what ThreadMatter works out to be. It’s just I’m more in a “wait and see” mode because I’ve seen open standards become something not so much before and I can afford to move slowly on this.

This seems like more of an add-on request. Is there a Thread2MQTT service out there that HA can just leverage? Just like Zigbee2MQTT and ZWaveJS2MQTT.

HA isn’t an appliance like google, homepod, etc., its software. This seems like its going to require physical hardware to communicate with these Thread devices. So ideally you would have a different application handle communication with that piece of hardware in a platform agnostic way. Then HA could just talk to that application via a normal protocol it already supports (websockets, MQTT, REST, etc.).

Agreed. Either that or a USB dongle like the one I use for ZWave and ZigBee.

This seems like more of an add-on request. Is there a Thread2MQTT service out there that HA can just leverage? Just like Zigbee2MQTT and ZWaveJS2MQTT.

You are right. This thread should be called Chip/Matter support. Because Matter is the new applicationlayer und communication standard (like mqtt).
I have changed that.

I think Thread and Matter a two different problems to solve.

Thread as a network needs a Thread Border Gateway, which is basically an IP router that routes IPv6 packets between the Thread network an the LAN (and helps a little bit with service discovery and commissioning). There’s Google’s reference implementation called OpenThread that can be run with a 802.15.4 compatible USB microcontroller like a nRF52840 dongle with an RCP OpenThread firmware on it and a RasPi or docker container (here’s a guide). The cheap ebyte nRF52840 dongles from AliExpress work, the official Dongle from Nordic also isn’t expensive. (Might change, seems the nRF52840 is hit by the semiconductor crisis, individual chips are out of stock everywhere.) Other chips might be used too with an OpenThread RCP firmware, but nRF528xx is used in all examples. But I guess every new released talking home cylinder will include a thread border gateway.

Matter meanwhile is a protocol on top of IP and designed to be used with Thread, but can be used with other IP transport layers too, mostly WiFi. Matter should be an ordinary IP based integration in Home Assistant, so no thread2mqtt needed. There’s an open source reference implementation in the Project CHIP github repo, but the specification seems only to be available for ZigbeeConnectivity Standards Alliance members (at least yet). Interesting definition of an “open standard“. I’m not sure how usable the reference implementation is at the moment, the repo is very confusing and the documentation is distributed all over the place or does not exist. Without the spec the protocol would have to be reverse engineered first.

Matter protocol is must have for future products.
https://buildwithmatter.com/

Apparently this has already begun with Phillips Hue… According to Paul Hibbert’s video a few days back.

What exactly do you mean?

Watch his recent video where he claims that Phillips Hue will still require you to have their proprietary hub. If you don’t want to watch the whole thing, it’s at about 8:35.