Every couple of days my Aeotec stick spontaneous changes port, so /dev/ttyACM1 changes to /dev/ttyACM2 and then the communication with the devices stops. Is there a way to setup this addon with /dev/serial/by-id/usb-0658_0200-if00 since this should always be the correct port. Can anyone advice how to solve this?

I have set this up and I am getting the devices and status in MQTT but not being discovered in HA.
Should these be imported to HA, or do Ihave to config them?
Here is my list of devices in Z2M.zwave settings (1).json 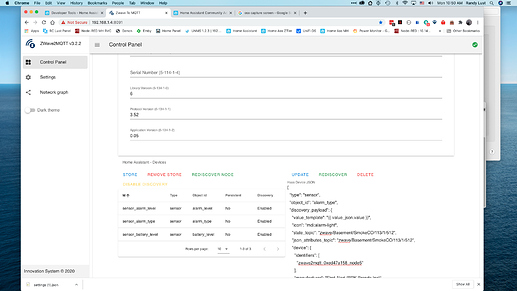 Did you set Settings > Gateway Hass discovery on and use the autodiscovery prefix that is in you HA?

Is there a way to setup this addon with /dev/serial/by-id/usb-0658_0200-if00 since this should always be the correct port. Can anyone advice how to solve this?

Did you get this working it works fine for me it’s not in the drop down menu but can be set and saved!

@DrJeff DrJeff I set auto discovery. I do not know what the auto discovery prefix is.
I used zwave. How do I find the prefix in my HA system?

It is in the MQTT settings on HA

Once you have that then when new devices are created HA will pick them up in MQTT, If they exist then you might need to restart HA to see them

Instructions on how to setup MQTT Discovery within Home Assistant.

Thank you, that is what I also did eventualy and now it works fine,

Also Thanks!! I now have my First Alert in HASSIO!

Since this is OpenZWave can I connect to it via an external tool such as ozadmin? I’m guessing I’d need to dig into the docker and assign a port?

Yes, no problem with it 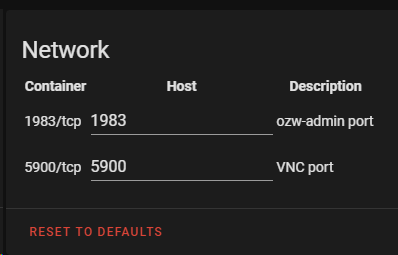 That’s not the Zwave to MQTT addon thats the config options for OpenZWave (beta) unless I’m missing something.

You are right, sorry. This setting from OpenZWave addon.

Hello Folks,
I’m trying to troubleshoot dead nodes.
Nodes are going dead periodically.
I want to check what happens at the time node dies.
I wonder, if there is a place where zwave2mqtt keep the logs.

Is there a way to force discovery ? I only have half of my zwave product in Home Assistant & I don’t know how to redo a discovery.

Solution : The name have a special character, this is why it was not working.

Hi All,
I’ve tried OpenZwave (beta)
And it works good for me.
The nodes are not going dead if controller misses acks.
Subscribed to mqtt topics which where not discovered automatically, and now everything works perfect.
Also battery life improved comparing to the Zwave2MQTT
I keep it for some features that are missing in OpenZWave

I would like to access the the ZwaveJs2Mqtt api on port 8091 from outside the addon, but I have no option to map this port from the container to the host.
Is this possible somehow?

So I made the mistake of turning on ‘HTTPS’ within the ‘Z-Wave JS to MQTT’ web UI and was getting the 502 error. Ever since a full reinstall, I am unable to get to the devices through the ‘integration’ and properly Rename and Set Location. Sometimes they are grayed out sometimes I can type want hit update and it just sits there. Worse a couple had the new names show after I rebooted the system.

Removed MQTT Add-ons and integration.
Rebooted the server and rebooted the host.

Reinstalled ‘Z-Wave JS to MQTT’ Add-On
Reinstalled the Z-Wave JS integration.
For each, I actually followed the documentation steps as I had set this up many many months ago and was working flawlessly until the HTTPS blip.)

Can’t figure out what I have done wrong! It is driving me INSANAIN that I am unable to customize each device as I have done in the past through the integration. Don’t get me wrong all the dives seem to work turn off turn on and report but I like to fully customize more and I am unable to do so now.

A couple of other odd occurrences is:
When I look at the information between the Web UI and the Integration. info seems to not match.
I see red dots all the way down the “security” tab from within the Web UI. Pretty sure my OCD would have noticed they were red in the past. but I could be wrong… 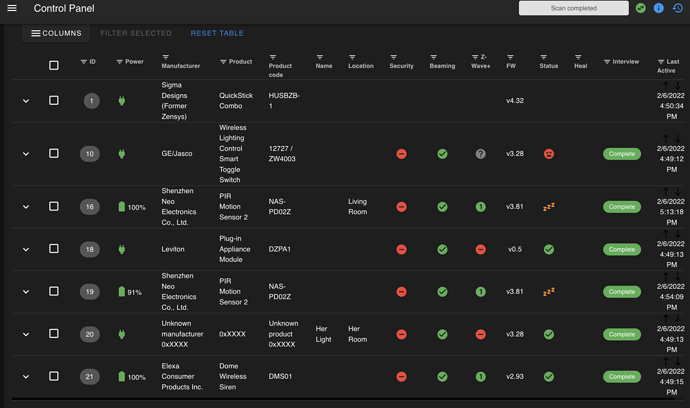 And of course, after the core update like MAGIC, everything is working as expected…