I have had to restore my home-assistant from VM based to now a HA Supervised. This all worked really easy and well. I was impressed.

BUT after first start it showed the long term statistics and after a few minutes, I got an error and a new DB was created and the old one was called corrupted in file name.

I tried to do all recovery methods on this forum: DB image malformed. How to fix it? - #5 by eddriesen or Fix corrupted / malformed SQLite database (home-assistant_v2.db). But without any luck.

I then moved to mariadb to avoid this, the next time (hopefully) as I’m just running the ha addon., maybe need to consider using my NAS.

Anyway now my ask, how can I recover only my longterm statistics from db file in sqlite3 format and import into mariadb? This is what I tried and could even import some data, but it is not shown in HA:

I also had problems importing it with datetime and references, so used this:

I have Influxdb, but was really enjoying the new energy dashboard and now all that data for 2 month is gone.

Any hint, idea is appreciated.

Thank you very much

@ ha_frw
Same with me; I did not find any solution on this. For me, it it unclear, if the long-term statistics (for the energy dashboard) are stored in the database, that is configured with the recorder. The docs just say something about the history:

The recorder integration is responsible for storing details in a database, which then are handled by the history integration.

Are the statistics of your energy dashboard are now stored in your new maria db?

not good to hear, that I’m not the only one with the problem. Yes the long term are in the DB, they should be in statistics, whereas short term are somewhere else.

But for the history graph of an entity, you need the events data in the db, because when I removed all events from being logged to the recorder also my history was empty but not the the statistics. I had to limit the size of the DB, so I removed most of the events. just do not remove state_changed, which is uncommented in the config below. 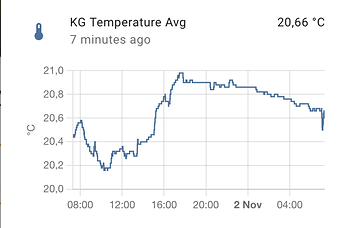 I have also an Influx DB now, which is consolidating all data to 5min average and then after 2 years to 15min to be safe. Influxdb (1.8) setup - ONE continuous query for WHOLE database - #3 by ha_frw

The Maria DB looks much better than the file based. I can only recommend to switch to mariadb and use influx for longterm in addition. I’m running a yearly overall stats graph of temperature to engergy consumed and heating power required, which I’m also unable to build with long term stats. 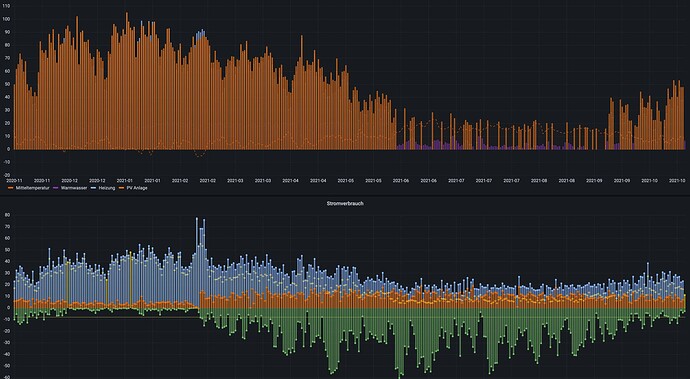