hello,
is there some root/core difference between running HAS using docer vs vm?

Currently i have running HAS inside VM on ESXi, i have usb pcie card which is passthrough to VM; so devices as zigbee, zwave controllers, google coral are utilized; also gpu pcie is passthrough for ffmpeg hw acceleration.

Can I achieve similar functionality running HAS via docker on VM (ubuntu linux on ESXi); all the devices as usb card; gpu will be passthrough to that linux.

I don’t know the answer as I run the ova images on vms in Xcp-ng myself but I’m curious as to why the question, are you having problems with the vm approach?

yes,
i need utilize gpu for plex and HAS; it cant be done in has vm; becasue i cant install plex there.
maybe it will be possible - not sure ; but i wanted to have plex separated and same for HAS.

thats why i am asking if such a complex setup can be done using docker instead of has vm.

This might be helpful. For what it is worth I run a docker instance. 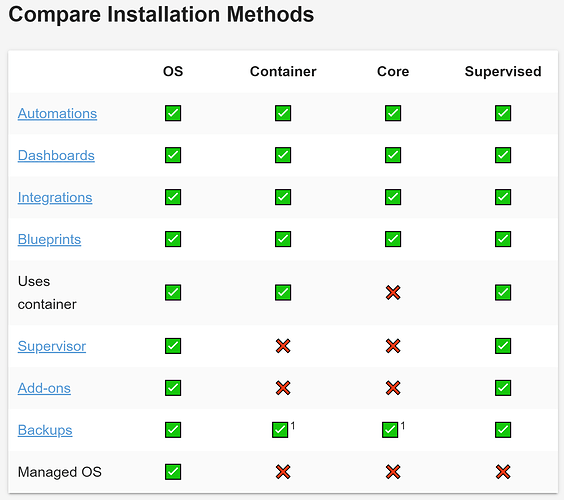 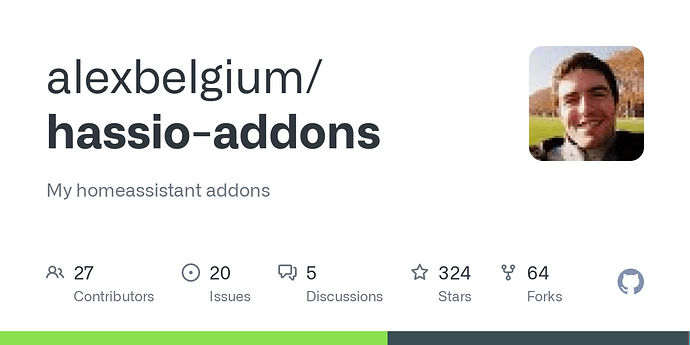 My homeassistant addons. Contribute to alexbelgium/hassio-addons development by creating an account on GitHub.

Alex has Plex here, and lots of other goodies.

I have a debian/docker/supervisor and a HAOS setup in VMware player. They are both test set ups, so can’t really comment on usb stuff other than saying it way more fiddly/flakey than a bare metal setup for Bluetooth at least.

Installing Home Assistant on VMWare Workstation 16 I used this guide and peyanski.com for the docker supervisor bit.

Got it, thanks. I run multiple VMs for HA, Nodered, MQTT, etc - probably scar tissue from when HA updates were significantly more painful than they are now. For my Corals I have a mini PC with them attached as well as SDR dongles. For Plex I run that on a Synology.

Old Thread but have a question about the VM (OVA) option. I am running on VM 7.3 using the OVA and it shows correctly when looking at Hardware. But when I look at Network, it shows a docker bridge is setup. Also MCAST is on the docker bridge and not the main network.