After round about one year of successfull usage i want to share my little Hörmann garage door project with you.
I own a Hörmann garage door driven by a Supramatic E3 and i searched a way to integrate it into Home Assistant.
If one searches the internet one will find solutions which use a Hörmann UAP1 and control the UAP1 via mosfets or relais.

Inspired by Bouni’s blog i thought there must be a way of controlling the Supramatic without using a UAP1. After some try and error i found a solution which eliminates the usage of the UAP1.

I’ve designed a little PCB which connects to the Supramatic E3 via the Hörmann bus on the one side and to Home Assistant via WLAN/MQTT on the other side. On my PCB i have two controllers. One PIC16F15324 which emulates the UAP1 on the Hörmann bus. One ESP8266 to connect to Home Assistant. I decided to go for a two controller solution because the Hörmann-Bus has some contrains (response timing, LIN sync break) which, i think, are easier to implement in a second controller than in the ESP8266.
The PCB is powered directly from the Hörmann-Bus via an SMPS. Via the ribbon cable an BME280 is connected to the ESP8266. 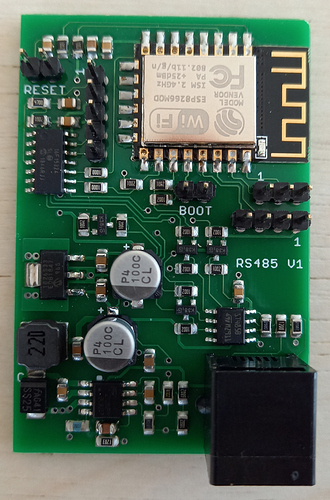 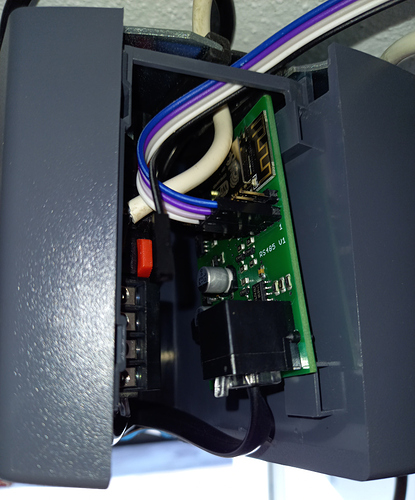 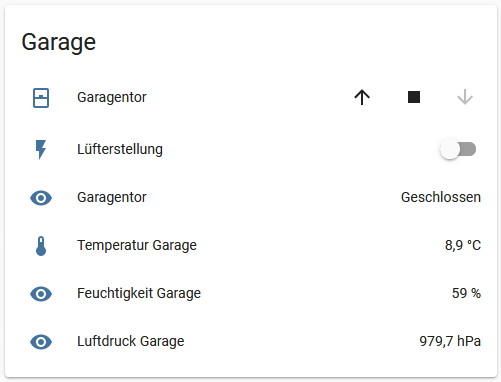 For all who are interested, I published my sources on Github

I have a Lineamatic motor for the outside gate and a Supramatic for the garage door. They should both work the same. I would be interested in buying the solution. Have you thought of a price for the board ?

Hi @stephan19, I’m equally interested buying this board of you. Although I have a SupraMatic E4, I’m sure the bus is exactly the same.

Thanks for asking, but i will not start selling these boards and i don’t know anybody who sells it.

I am thinking of having this board made in China but minimum batch is 5. Cost would be ~$60 each fully assembled with all components (ie $50 + duty/VAT for getting it into the UK). You’ll then have to add shipping from UK and your local tax.
Still may be a cheaper option than buying parts separately or using breakout boards.
If there is sufficient interest at these prices I will get this ordered, so please let me know.

Many thanks to Stephan

Sounds interesting, I would like to participate depending that it needs to work in combination with a SupraMatic E.

Please send me a DM for any arrangements.

Thanks Kimm, anyone else interested? I’ll wait it out a week or so before making a plan.

Thanks for sharing this type of info. I am looking for the same content. Please keep suggesting such a post.

I’m currently using my Hormann door with a UAP1 and an ESP8266 but i would very much like to use this PCB as i love the design.

Count me in if you decide to order these!

sorry for the late reply.

for which doors will this PCB work? I have a supramatic P3 - which does have an BUS connector.
And will I be able to see of the door is actually open or closed within HA?

I can only confirm that it works with a Supramatic E3, but i think it will work with other doors as well.
The door state (open, closed, venting, opening, closing, error) is reported to HA. Sensor “Garagentor” in my dashboard card.

ok. @BotchedIt if i am not too late already, count me in.

Hi everyone, I’m also interested by this board. @BotchedIt did you succeed to order them already? If yes, can you describe what services you used?
Thanks!

What is the status on this?
I would need three

I would be interested as well. I’d need 3 of them, 2 garage doors and 1 gate opener. Are there any plans on ordering these?

So I had 5 units made in China and have mine working, see pics (yes I’m up north and it’s crap weather here).

Both electronics design and software were prepared very well by Stephan and I had little or no issues in manufacturing, flashing the pic/ESP or setting it up in HA. ​
​
I have sold several to you lovely people on here, I have 1 unit left to sell, cost ~£50 incl shipping (depending where you live), first come first serve, PM me.

Thanks and well done Stephan 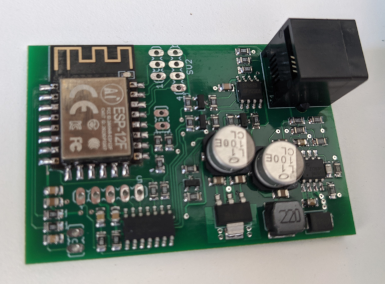 Is any board still available? I should intrested.

For anyone making use of this board and has the need to toggle the lights on the hormann door:

I reached out to Stephan to see if this funtion was already available as i noticed the corresponding code for the PIC16 part but not for the ESP8266.

Stephan was so kind to provide the code required to add to ESP8266.io and get to TOGGLE the lights on your door as a result.

Hi Stephan, First of all thanks for all your nice work. I've managed to get my hand on a PCB made...