About the device & my reasons for wanting one
I recently purchased one of the reasonably new IKEA Tradfri Shortcut buttons and after looking around online (and on this site) I couldn’t find a complete setup guide for DeCONZ so I thought I’d write one!

For those of you who don’t know what I’m talking about here is a link to the UK IKEA site – Basically though, they’re a simple ZigBee button. I’ve seen them compared to the Tradfri Dimmer and in terms of height and width they are exactly the same (they use the same wall mount) but it’s not as pronounced and only has the one button! What they do come with, which I thought was pretty cool, are 6 stickers that can sit under a plastic cover on the front of the switch. The three stickers included with mine were a pendant light, a tea mug, a bed and three blank stickers (two of which are covered in tiny dots).
A picture of the button, mounts and stickers: 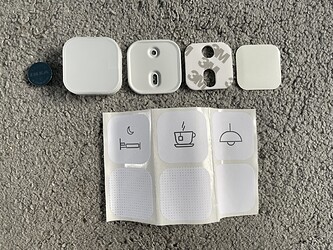 For me, this Shortcut button is perfect as I have a Shelly 1 hooked up to the lights in my kitchen to allow for two switches in the room without any extra wiring! The lights aren’t dimmable, so I only need a single button to toggle the current state. Originally, I had a Tradfri dimmer and I just had this set up so that no matter if you pressed the on or off button it’d toggle the current light state - This worked but wasn’t user friendly.

The Guide
Enough about the device and my usage of it though, on to setup…

So the button is now connected to DeCONZ and Home Assistant. However, at the time of writing, you cannot easily utilise the button in automations and instead have to set up templates based on DeCONZ events! Luckily though, there are a number of Blueprints that have been created by the community – I used this one.

Let me know if you have any questions

thanks for the guide.

do you see the battery level of the button? I set up three buttons so far, and one of them shows battery (and only one with an entity ID, the others don’t like what you have written).

Also if I use the blueprint, I get the same names for all three buttons. how can i change the names?

For the battery, mine took a little while to come in (ie. it wasn’t there straight away but I checked the next day and it was there).

What do you mean by the same name for all 3 buttons? As in the name of the automation created from the Blueprint? Or the friendly name of the buttons? I assume the latter as your screenshot has all 3 with the same name. You just need to go to Configuration > Devices > (find the device) > (pencil icon to edit) > change the name

EDIT: Looks like hitting reply didn’t work, tagging you @arifroni in case you don’t get the notification

Thanks. after editing from devices, now I can differentiate the buttons.
Today I saw the second button is showing battery percentage. still, the third one is missing. maybe i will have to want another day 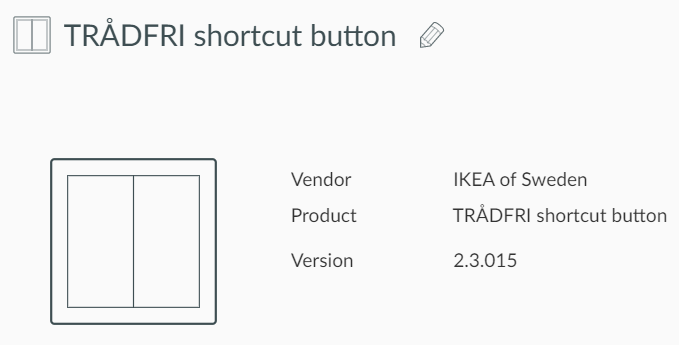 I will use this blueprint to overcome this

How did you get the button to appear in the Phoscon web UI? Mine appears only in the deCONZ view through VNC like @ZuluWhiskey said.

The pairing was a bit flaky before the button finally showed up in the Phoscon web UI (my screenshot above).
Not sure if I understand your question correctly but do you see the button in HA/Lovelace at least ?
If not, have you tried reloading the integration like I did below in that other thread ?

Indeed ! By simply reloading the deCONZ integration, the statuses came to life Thanks a ton !