If you find any information on this page useful, feel free to buy me a coffee: [Buy Me A Coffee] Homekit Infused (HKI) by Jimz011 June 2020 v.2.0.0rc (*updated: 31/05/2020) A beautiful lovelace theme based on auto-generated views. Easy to install, easy to setup, but just as customizable as any other lovelace frontend. The best of both worlds and all this just for you. Enjoy! Click here for my YouTube channel Click here for documentation (beta) Click here for all releases Click here for my… And here are the Desktop/Tablet/Browser screenshots: I use Thomas Loven’s popup card for this: 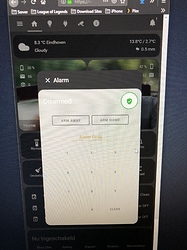 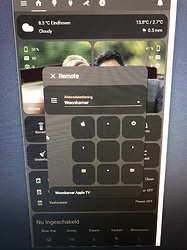 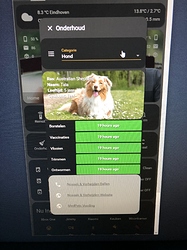 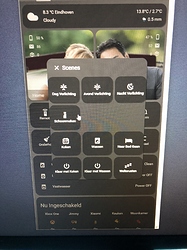 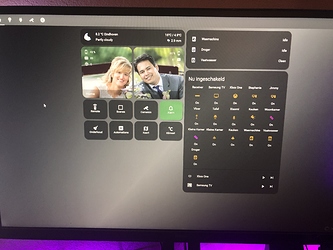 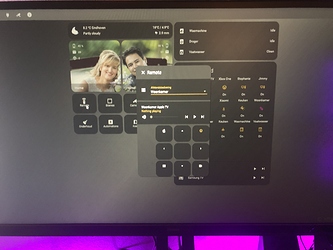 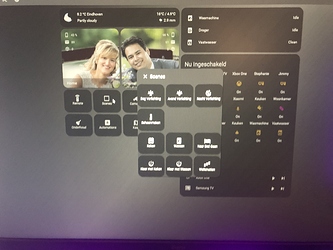 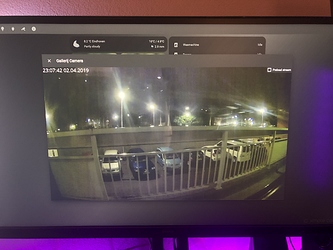 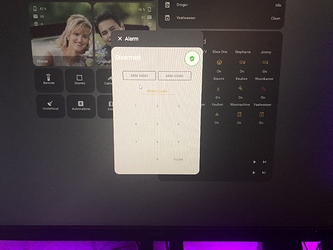 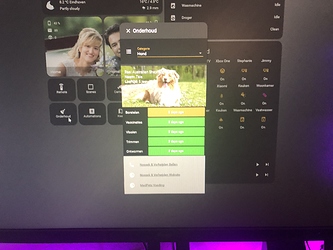 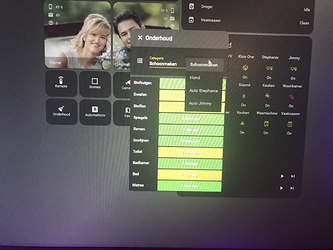 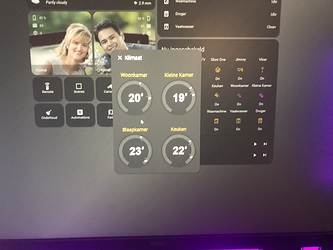 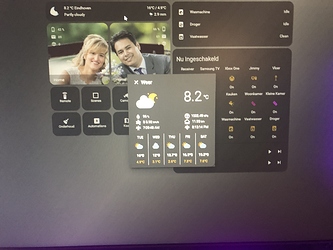 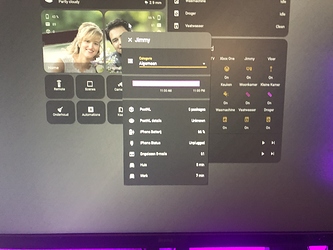 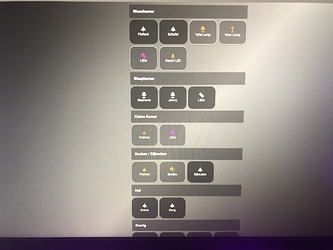 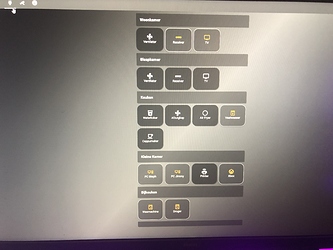 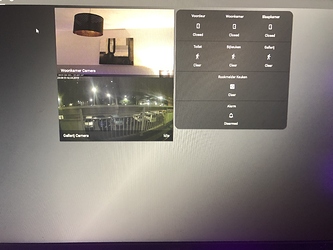 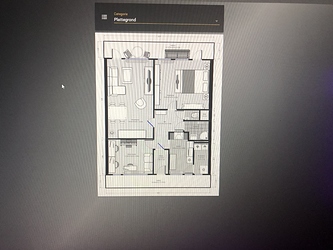 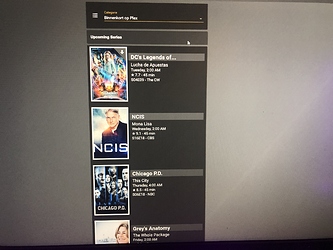 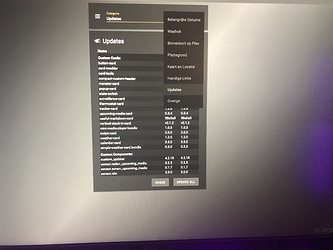 And a bonus to top it off, my Tileboard setup (this will no longer be updated by me though as I will use lovelace now) Edit: seems something went wrong with the upload so nothing was there on the tileboard repo. Added the config.js now so it should be up.

Just want to say I loved your setup from the previous post and look forward to seeing what’s new. Thanks for posting and putting the config on github!

Thanks, do you mean the januari version?

I personally feel my april update is more appealing though. I might rework it entirely again when everything breaks once again.

I started to work on this when 0.89.0 broke at least half of my setup. Hence the removal of Kuuji’s button card in favor of core entity buttons.
I still wanted to color the buttons when their state changed though. That is why I use a state-switch card for that however it tripled the code on the button part though. For me not a big deal as I run HA on powerful hardware (and in the Netherlands we have great broadband almost everywhere). But I do have to mention that this setup isn’t the most ideal for low bandwith areas. I removed many photo’s and illustrations to compensate for it and have it look cleaner.

Anyways thanks, just a personal question:
Which setup do you think is more appealing?

Just curious. The image with your remote, I noticed you have a power button in your Apple TV layout. Does that mean you have a way to put it in sleep mode?

Actually the power button turns on/off my tv. However the Apple logo is an on/off button for my ATV (which is needed if I want my automations to work with CEC). I use remote.turn_off for this. I ignored the ATV in discovery and set it up manually or else it would turn on every hour or so.

Unfortunately the atv still turns on from time to time. But at least is is much less frequent now. Sometimes it won’t turn on for a day, sometimes 4 times a day. I might make an automation that when nothing is playing it will turn off automatically after x minutes.

I only rely on CEC as I have an older Samsung TV which can only be turned off but doesn’t have any kind of Wake On Lan functions. This way I was able to create an input boolean with the desired automations to turn the tv on when I press the TV button in HA.

Yep, the version you’ve linked to in the top post. When lovelace became the default I went looking for inspiration and yours was the one I liked the most. Like you, lot’s of things broke with the updates and the biggest issue was the custom button card. It made me realise that where possible I would like to use non-custom cards. I had a few issues with other things playing up so started a fresh install and tidied up my config. So finally getting round to the lovelace stage again.

I will look at your code for the button card and will get some use out of that. The pop up card looks interesting as well, will have a play about and see what I like best.

In the UK we have, in my opinion, pretty poor internet in general. However, I’m in a Virgin Media area so have 350Mbps download, it’s the upload that is poor at only 21Mbps. I’m only running home assistant on a Pi at the moment, I’m tempted to invest in an NUC, but not quite yet. Things seem to be running pretty well in general on it.

I can’t decide which looks better, both look really good!

Thanks, Yeah I do not use the custom button card anymore. Mainly because it isn’t possible to add a “hold_action” to them. So I went with a state switch card in combination with card modder and the core entity button.

This was the only way I could add colors to my buttons without setting a complete theme. (So I could change each buttons color independently).

However I heard that the button color option might come to the core button. If that is true I will rewrite it to make use of that.

I use the hold action on my buttons so I can change color/temperature/brightness like this:

Aaah alright. That makes sense. Thanks for clearing out

Whey are stopping using Tileboard. I’m a happy Tileboard user, and have not started using Lovelace, but I’m going to start over. So - what was your considerations?

Well, I made lovelace before I made Tileboard. Lovelace is much more flexible in my opinion. But I had an old ipad lying around. It seemed that I needed ios 10 or up to run custom lovelace cards (but I have ios 9.3.5 as the ipad is old).

So my lovelace setup was in use for a while until I decided I wanted my old ipad against the wall.

But yeah so it didn’t run and I had to choose, either remove all the custom cards from my lovelace setup, or use an alternative. So I went for Tileboard. Easy to setup and it looks clean.
Removing all custom elements was no option as I had spent weeks to build it (as we use this on our phones).

So I built a Tileboard setup. But the thing is, I bought a new ipad which can run ios 12 (and thus my lovelace setup). And as my lovelace setup is much more advanced with so much more features I felt that lovelace is the way to go (and it works natively with the HA ios app).

The reason I will no longer use Tileboard is because every time I change lovelace I have to do the same thing for Tileboard (effectively making all work double the effort) I prefer dedicating my energy to a single project.

That is why I left the tileboard setup so people might copy it (or make other use of it). I am not the creator of Tileboard so you don’t have to worry about Tileboard development. Though I wont be maintaining my own setup.

First of all, an amazing setup. My compliments! A question: Reviewing your setup I noticed you have two Apple TVs in your setup. I also have two, but I encounter daily a known error: “Establishing a connection to Apple TV”. Consequence is that I have to restart the Apple TV. Do you have the same problem? And if not, how did you setup the Apple TV? Hope you can help. Regards, Ramon

I do not have to restart my atv’s though they are different atv’s (a third and fourth gen). And I have set them up manually (so no discovery). But they did work with discovery.

What version of HA are you running? There are several versions of HA which had atv issues. Also I use no password on my atv’s for airplay. I have home sharing enabled on all devices (which is said to be required).

Thanks for taking the time to answer my question. I have an extra PI so I think I will spend and little playing with Lovelace, before I decide what to go with. Right now, my wife tells me to finish painting the living room before do anything with HA

Lovelace is just more flexible, whilst tileboard is perhaps more simple (and maybe even more elegant) though lovelace gives me many possibilities that I either can’t do with Tileboard or I can’t do it because my knowledge of javascript is zero to none.

Also I try to replace all custom stuff with core stuff as much as possible. First of all because it is standard and thus will get updates guaranteed (and in normal circumstances it should also work guaranteed). And secondly the less custom elements I use the lesser chance of breaking my config again.

If you mainly use your smartphone, I think lovelace is the way to go. If you only use tablets I think Tileboard will be fine. I use both, but I don’t like maintaining two setups to achieve one thing.

how to get that small weather card at the top in the first and second screenshot?

It is a custom lovelace card called simple weather card, you can find the repo here: Minimalistic weather card for Home Assistant. Contribute to kalkih/simple-weather-card development by creating an account on GitHub.

I used the darksky animated card in the past, but seeing that we actually never use it as much (as my wife only checks the current temperature and I rarely use it myself). I can also say why I moved away from that card as it took much space on the frontpage.

Update: I am currently working on the setup with cards that function as minimalistic notification cards that depend on person location, user logged in and certain states.

What it will show a card depending on who is logged in, where he/she is located and what state a certain entity has. This is mainly achieved by using the useful markdown card and the state switch.

The notifications are the colored cards, they appear/disappear automagically.