Just noticed that the temperature off of my Android HA Companion* App is storing as Celsius instead of Fahrenheit. Have 2 phones reporting in and it switched when I only updated the HASS Os on my RPi 3 server and not anything else. Will provide any logs or information needed to help fix this.

Including photos showing the confusion between Android Reporting and HA displaying… 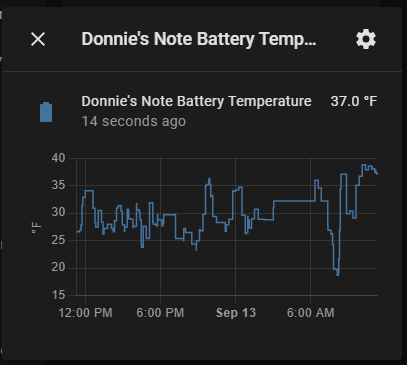 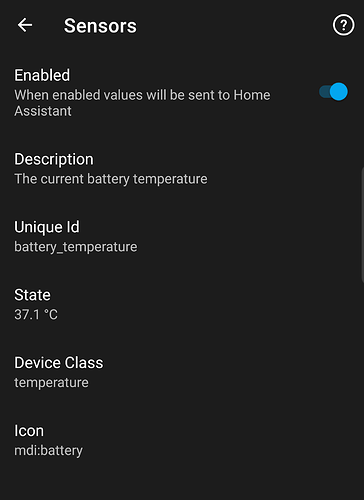 On the configuration page → general tab, do you have your units set?

Is it only in the app? Does it appear correctly on the frontend/lovelace? The app has it’s own logs under app settings, if it’s the app only post your logs.

I don’t believe it’s the APP since the switch happened to both user devices when I updated my HASS OS and 1 is running beta (mine) and other is release (wife’s).

That being said. Not comfortable sharing App logs due to Location Data and I don’t see relevant troubleshooting info scrolling through the logs my self.

Edit to add. Noticed this changed and corelated time from logged Grafana data. So it’s showing the Celsius data with the Fahrenheit label.

So it shows correctly in lovelace? or is it celcius there as well? How many temperature sensors are like this? Have you checked the config/integration of the sensor itself?

I have many temperature sensors and these 2 are the only ones like this. 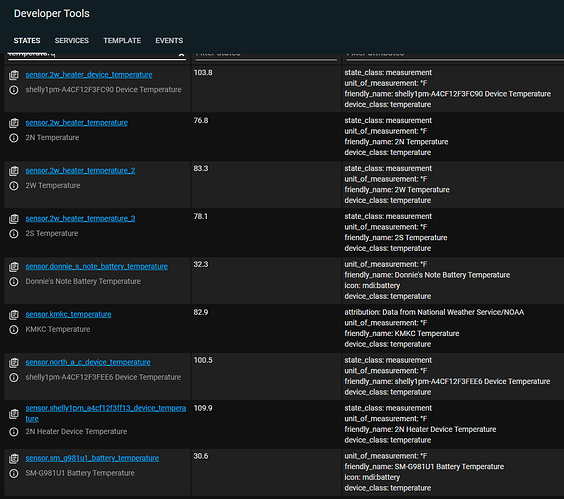 Have you logged out of the app and logged back in. Also have you tried clearing the cache and data of the app? This is more of an app problem than an os wide problem. You should edit the post and add the companion app.

edit. you could also, in the app settings, toggle the temp sensor on/off as well.

I had tried clearing the cache and toggling the sensor to no avail. Couldn’t find a log off so wiped data and signed back in. Reporting correctly now. Hoping to fix Wife’s with a logoff if I can figure out where to do that from…

I’ll confirm that I’m seeing this as well from 4 different devices. Temperature is actually in C but is being shown as if it was in F

As there’s no way my phone has somehow become endothermic, and/or is below freezing.

This is showing in lovelace, and being reported outwards so there’s some sort of conversion that’s not happening in the backend now.

I noticed today that my pixel shows in Celsius however my wifes who just got a new phone had to reinstall the app and its reporting properly. May just be bad data that needs to be cleaned up.

After hours of searching, finally found this thread!

I’m brand spanking new to HA… I set up my phone, and the rest of my family’s phones with HA, and everything was going smoothly. Everything was reporting properly as F. Then, 2 or so hours ago, I noticed one of the devices was showing it was 33F and I wondered if somehow, they had left their phone in the fridge… went to go check on them, and they were actively using their phone, in their hand… Thought it was strange… My phone, and everyone else’s were reporting just fine.

Then, 10-20 minutes later, I glance up and see MY phone is -2.9F… I’m all “WTF?!” but my phone didn’t feel ‘freezing’ at all… that’s when I noticed everyone else’s phones were now all reporting between 20-30F… then it hit me… it was reporting in C instead… I checked my phone’s sensors and suuuure enough its showing as 32C… not sure why HA was reporting it as -2.9, but hey, its reporting everyone in the wrong degrees now anyway, so what’s one more oddity!

But yea, this just hit me, and I have no idea why its doing it. The phone sensors were originally showing as F within the phone app (where you get to manage all the sensor access). Now, its reporting it as C. Not sure why it suddenly switched from reporting as F to C, but it appears that the phone app may be the cause, in my opinion. HA is seemingly just taking whatever the HA Phone App is giving it, and directly displaying it, no conversion or anything. Whatever its given, its showing. So if its given 32, its displaying 32 and slapping the Global F onto it…

REALLY hope someone somewhere has some sorta solution to this. and extremely hoping it is not a phone app issue… cause if it is… welp, there goes any real hope of that being patched up any time soon.

so in terms of the app nothing has changed in how the app has sent data since this sensor was introduced. I think this may be a HA core/frontend issue but if its an app issue would be happy to fix it, whatever it is. If its related to mobile_app then we may need help of a python dev. The fact that it works as expected and then a few days later it changes suggests the issue is not with the app.

logged an issue here for the core team to inspect: https://github.com/home-assistant/core/issues/57640

Any chance you’d share your card config? These graphs look great. Randomly came across this looking for the C/F issue.

You can find a how to in here.

Hope this snapshot on Raintank will give you a chance to extract the information to make the panel yourself. It’ll expire in 7 days.