Of course the hard core HA user would want to create this sort of thing themselves, but this looks pretty decent value (especially at the super early bird rate still available): 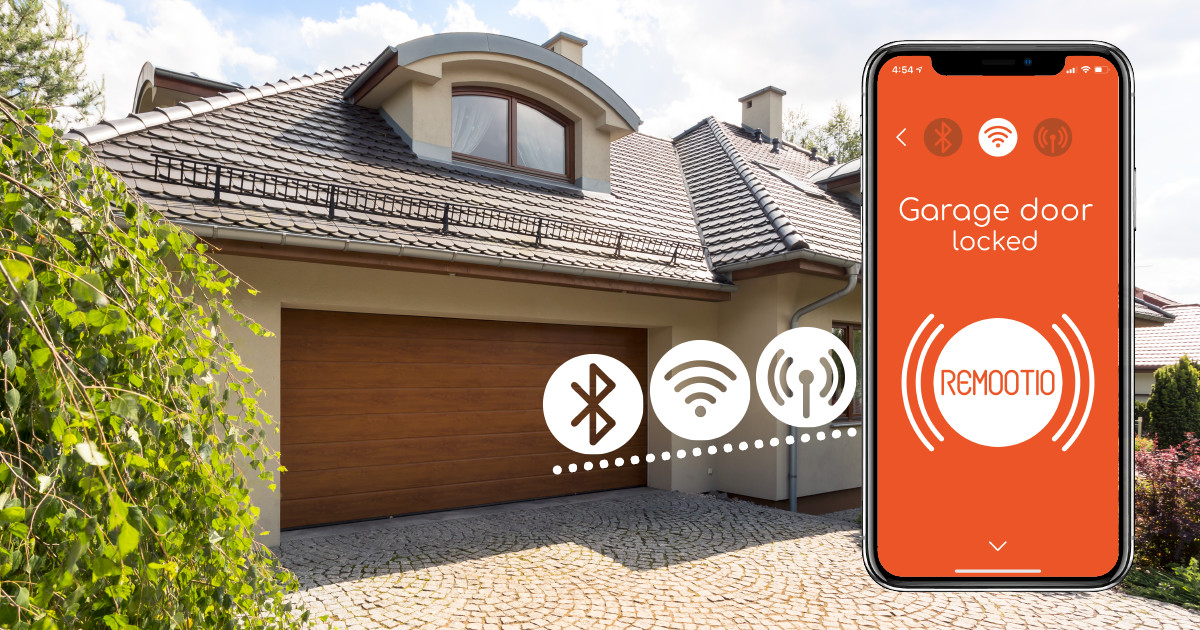 Control or monitor your gates from your smartphone using Bluetooth & WiFi with end-to-end encryption | Check out 'REMOOTIO: Make Your Gates and Garage Doors Smart!' on Indiegogo.

I emailed and asked if they were providing any sort of api and got an encouraging response:

At the moment it only has an interface towards Alexa. However we are investigating the possibilities to open up an API (as we want allow our community (all the makers) to integrate Remootio into their existing systems. Due to this we are conducting an research on what API do customers really want and on how we can implement it without compromising much of the security and without increasing the operating costs of the device so that we can keep it subscription free.

Could you please help us by describing what kind of API you would like to see ?
Our current rough idea is that an API should allow the following:

We are currently looking into 2 ways to do this.

The first is an implementation where you could connect to the device via a websocket connection from your local network (and also from the internet if you do the required port forwarding and so on). To make it secure, calling the API would require the use of a set of commonly used state of the art encryption tools (an AES library).

The other idea is to move the whole thing to a web API where you could do the same things (open, close, get status) and you have to authenticate yourself with a username and password to do that. This however might be hard to keep subscription free.

Looking forward on your opinion on this as we would be super excited to give our users an API that could open up a lot of possibilities.

I have replied and said my preference would be a local connection, avoiding subscription charge (and general cloud issues).

I’m not a developer. Is there anyone I could best direct them to who could help with what an api would best look like from an HA perspective? It would be great to help them consider HA integration at this early stage.

I also sent them some links to this site, and I’ve had a reply:

Thank you for your input about the API, we will look into Home Assistant and see how we could provide an API to integrate with it

Here’s the update about the integration from Remootio.

Can someone please Integrate this, pretty please…

+1. I would love to see this integrated too

I’m now to HA and had the exact same problem.
I wanted to integrate my remootio with HA.
After some thinking about to make my own integration…
I’ve noticed that remootio is “Smartthings” compatible and there is also an integration for smart things.
Tried it that way and its works

So I’m now able to control my garage from HA

May be this can be useful for somebody

Yes, this is by far the easiest way to integrate!! Works a charm

Is anyone finding SmartThings suddenly reporting Remootio as being offline? Happened twice now. First time I reregistered it and it came back to life. This time just seeing if it fixes itself.

I’m having the same problem.
It worked fine when I first added it, now HA generates an internal server error when trying to open or close the door, and the Smartthings app says ‘A network or server error occurred. Try again later’
Haven’t tried re-registering it yet.

I have the exact same problem…

I deleted the entity in smartthings and re added it. Then HA picks up the new entity and you can delete the old. Fairly easy but annoying and I don’t know why it happens.

Although the issue seems to be in SmartThings and not HA. Actions fail there too

Would love to get this integrated into homeassistant , been using it trought smarthings , but would like it just to integrate to HA

It worked fine when I first added it, now HA generates an internal server error when trying to open or close the door, and the Smartthings app says ‘A network or server error occurred. Try again later’
Haven’t tried r

I would love to see this integrated too!

Hey all, I found this post while looking for an existing integration myself, seems there still wasn’t one, so I just created one as an extension to node-red in home assistant. Check it out and let me know your thoughts.

Did anyone get anywhere with writing an integration for Remootio ? I don’t really want to have another hub i.e. smartthings.

Hi Dylan, thanks for taking the time to integrate this. I’ve had a go at using your node-red remootio integration, and have a small issue regarding the switch: remmotio node. I have two switch: remootio nodes. One for Open and one for Close. If I trigger sendOpen it opens the gate perfectly, however if I then try to trigger sendClose, sendOpen seems to be stored default. Sorry if this doesn’t make complete sense, however I am new to node-red. Any help would be much appriciated. It could be that i need to clear the node in my flow after the action has completed, but to be honest I’m a bit stuck?

Thanks for making use of the integration and for reporting this, nice find

Let me know how you go with that.

As there is no option yet for integration, I have downloaded Node-red and could follow about step 1 then got overwhelmed. Do you have any instructions I could follow to connect my 3 remootio devices to HA.

I have done like the rest of the people and used smart things but it just breaks.

Thanks in advance Scott

Using the nodes Dylan kindly provided in NodeRed, I came up with the following solution. Please be aware that I am only in the process of learning NodeRed myself and therefore I’m sure there is a better way to accomplish / streamline what I’ve done.

I’ve included a photo of my flow.

I hope this helps and if anyone has a better solution It would be great to see.