Thank you for taking your time and documenting this so well skynet. I searched and searched until falling on this thread. I finished following your directions this afternoon and they worked flawlessly. I now have Home Assistant running on a 120G SSD on a rPi 4. Updated it with a full snapshot and my system and it never ran better.
I’m much more comfortable not having to rely on a SD card for the whe system. Going to clone the SD boot just in case and have it at the ready.

Have been running mine since Christmas and its a great step up from the 3B+ I was running before. I have a small fan on mine with the speed throttled down with a resistor to make it quieter. Over the past few months I have started to overclock it starting with 1.6 Ghz and now running at 1.8Ghz and it hasn’t missed a beat and still runs quite cool and you can run curl -sL https://raw.githubusercontent.com/krdesigns-com/supervised-installer/master/installer.sh | bash -s -- -m raspberrypi4 since currently supervisor is on hold and have a bugs on its scirpts.

Once complete you can check your browser IP:8123

how do you get RPI info??

Using System Monitor and a mini graph card in Lovelace to display the sensors. Here is my code borrowed off someone else

Please have a look at this solution:

@Albertowue, not sure what’s going on why your’s isn’t working, but a few months ago I upgraded to a pi4 (so had to start over on the ssd) and I ended up using a different procedure, which is likely to work with the pi3 as well. In a nutshell, it requires a linux system (you can use a live usb for this if you only have windows rigs), you install just like you’re using an sd card, then you move the data partition from the sd to your ssd, and rename the partition on the sd card to something random…

Soooo it looks like USB boot isn’t far off. Currently in beta testing if anyone is feeling brave. Would love to see this come to hassOS soon Sorry this methode does not work, getting mesaages that this is not supported anymore, also i tried to get into home assisten via ip:8123 and nothing happend seems it is not working at all

on. my old raspberry pi3 i had it in venv but i wanted to make it easier and the installation of this should be easy but for somereason… it is or slow on sd card or not easy backup etc.
I would lik e to make easy snapshots because it is a hell to get the files good from my old pi3…
first i want to run this from a ssd and that seems to be impossible…

Minus a couple changes in the install process, this worked perfectly for me to run my rpi 4b off a 500gb USB 3.0 SSD. No SATA adapters, no boot from SD first, just USB 3.0 > USB-C on a Samsung T7 external SSD drive.

As for power, I did toss a 3A power supply on it and also plan to move the USB SSD to a powered USB Hub (just to keep things happy, cool, and powered), also probably toss an ice tower cooler on at some point to; but as of now, it runs 100x better and faster then my SD did — benchmarked at almost 8100. But… as noted, I did have to re-sync all my zigbee devices back into HA after the snapshot restore — Zwave devices weren’t effected though.

I personally went with buying another $15 64GB SD Card off amazon to attempt this with, so i had a fullproof backup SD if this all went to hell.

3a) So at this point i had a fresh 32bit RaspberryOS Lite installed on my SD, and a blank MacOS Extended (Journaled) (also known as HFS+) formatted 500GB USB 3.0 SSD.

3b) Before i started doing the updates and such on the SD, i plugged the SSD in.

Then hit CTL+X and then “Y” to save the edit and exit.

You’ll get some warnings etc, just click through them and agree. For some reason i kept getting boot errors regarding start.elf and recovery.elf not being compatible — This fixed that.
No Longer needed after latest update

Do those updates on your SSD. Then continue with the Docker install and HA etc as listed.

Once you’re all booted up and accessed your HA instance via IP:8123, you can install the SAMBA ADD-ON and copy your saved snapshot into the BACKUP folder and restore.

Everything restored for me fine, except Zigbee devices. I had to set those up again. I’m using the HUSBZB-1 USB for zwave & Zigbee.

This method worked perfectly for me, and I’m running so much faster then i was before on my SD.

Thank you for this update, worked perfectly for me with a samsung T5 portable drive!

PSA: I recently had an issue where the zwave stick (and a spare stick) would start but I couldn’t add any nodes on an Rpi4 using an SSD. After days of diagnosis it turns out that the USB3 ports on the pi seems to put out some interference. It didn’t matter if the stick was in the USB3 or USB2 ports. Using a hub or even a very short USB extension wire solved all of my problems. It only took 2-3" of distance from the port to work.

This is a very valid PSA. I also experienced this issue myself; and it took forever to figure out what the problem was. My problem was with ZHA not Zwave networks dropping devices or going offline constantly on my HUSBZB-1 Stick. A simple USB extension (i moved mine 6ft) fixed the issue.

Flash image on a SDCard. Add SDcard and your SSD to your RPi4
You can also add already ssh option and you wifi settings on the /boot/ partition of SDcard

Refresh your OS with the latest firmware

Install RPICLONE (For cloning from SDCard to my SSD, my SSD is /dev/sda, yours can be different)

After RPICLONE is done open a new terminal window

Add rootdelay=5 cgroup_memory=1 cgroup_enable=memory to the line and save the file.
Exit the terminal

Remove the SDCard and boot from SSD now.
Correct location and timezone

Reason I install modem manager first and reboot, because when do with network-manager my RPi freeze

Thanks for this, used it on raspbian, worked fine.

I’ve been running an external USB3.0 SSD for a while now and also a number of containers but unable to get Hassio working

Then run the following command

The error I get is below when running the following script

The NetworkManager is odd, as sometimes accessing the Rpi4 via remote SSH it drops out when running script and must take over the TCP/IP stack

Its just running this script

@miniwilliams did a couple rpi’s last few weeks for myself and others.
Didnt saw these issues.

Maybe its something with the hw network layer of your rpi wrong?
can you test if it stable?

Hello, is anybody using Rpi4 1 Gb with Docker and HA?
Mine worked ok for 4 months until yesterday, now it is not responding anymore, CPU is all the time 100%.
Is the Rpi4 1Gb too weak for HA or what could be the problem?
How I am thinking to save the backups from the SSD and redo the whole installation from scratch but this will take a while.

I just updated RaspiOs (I am updating regulary since I have RPI4) and the HA did not started. I am using instalation mensioned in this thread - Home assistant on Docker on Raspbian. Any clue?

Can confirm this. I am using Raspbian Buster, RPI 4 8GB.

Performed sudo apt update and then sudo apt upgrade and then rebooted. Now, I can’t reach my Homeassistant anymore. 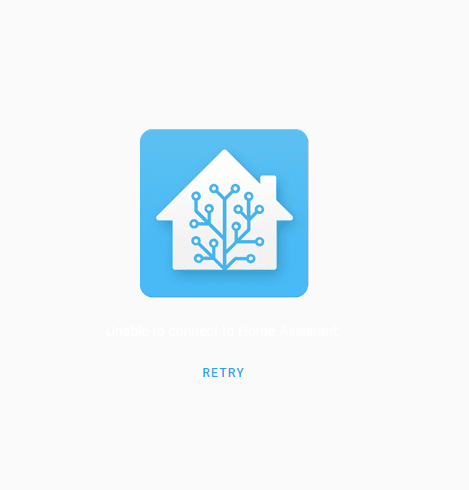 If I loock at running containers, there are just one???

I could bet that there should have been more?

Do I need to start from scratch again? Format SSD/reinstall OS/reinstall Hassio? Can I use my full backup?

Something really fishy is going here?

There is an alert about the latest docker. See here https://alerts.home-assistant.io/#docker_2010.markdown