I have this problem since yesterday. Before everything was fine…

hassi_audio always stops with this error:

Than its rebooting all the time and spams my syslog with tons of errors!
If I stop the container, the supervisor restarts it.
How can I fix this?

Same Problem here since some days.
This is really frustrating.

I dont even need Audio at all. But i cant find an option the deactivate the audio stuff.

Yes. Exactly the same messages…
I really need a workaround.
It creates 1 GB of syslog per day!

Okay. Here is what I figured out so far.
The error comes from a wrong date inside the container!
How can we fix this? 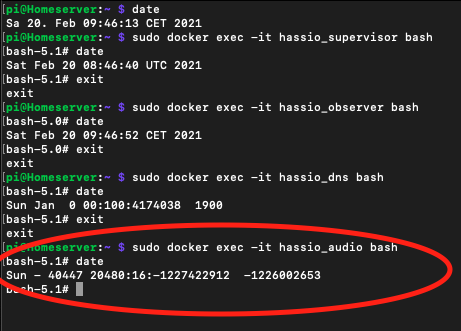 Okay. I thought that the filesystem was corrupt, because my raspberry hung up and I had to unplug the power cord.

I had a full dump of the sdcard which was two weeks old. I decided to restore this and make all the changes of the last 2 weeks again…

Everything worked fine, until I did an apt update && apt upgrade.
After that the error came back.

I don’t know which packages causes the error. I am running hassio supervised on unsupported raspbian with OMV5.

Can anyone of you think what caused the error, so I could downgrade that package?

Okay. It has nothing to do with this system updates…
After another restore it works until I restart the raspberry.
Then the error comes back…
The supervisor watchdog always pulls armv7-hassio-audio:2021.02.01
The fault must be in this container…

@Dominik.W
I now have the same problem, and roughly the same history as you. Running HA in Supervised mode in Docker. I restored my setup yesterday after a corrupt SSD. It ran fine for a short period, until I updated to a new HA version, and did some other changes to try and reduce the wear on my new SSD.

Yes. I tried everything. No chance…

One option just to keep HA running in the meantime, is to suspend (or stop?) the hassio_audio container, but you also have to suspend hassio_supervisor to prevent it from starting hassio_audio in the background again.

Of course some pages in HA Lovelace won’t work, but at least your sensors and automations etc. may be ok.

Are you running home assistant on an raspberry?

There is a whole discussion in Github going about disabling audio in HA, but the developers won’t bite.
I suspect there is a fair amount of HA users who don’t care about the audio, and it just consumes resources and wears out your SD/SSD by writing trace data to the log.

There seems to be a HA addon that will stop PulseAudio, albeit for a different reason. But you may want to try this as a (temporary?) workaround until the root cause is fixed.

Is this logged somewhere as a showstopper error?
@corgan apparently experiences the problem for “some days” already, and it is not fixed yet.
What do we have that is different? If all HA users experience this problem there would have been a major outcry. Or… they don’t know they have it?

Perhaps they didn’t restart their host, yet.

It’s also interesting if this happens on armhf / armv7 only.

I have RP3 (Rasbian OS and trying to use HA Supervisor) and same problem. Im trying to restore my snapshot but this error seems to be causing problems, if i paused HA audio it started to move something.

What I have seen, this problem only appears on unsupported installations, like mine (Raspbian 10 Buster) and if you reboot your system after an apt-update.

The HA-Audio Add-on caused the problem, but the developer are really like these old school linux gurus in the forums in the old days. It’s not official supported, so we don’t care. Re-install and let take HA in control the system. That everything runs totally fine (except ha-audio), doesn’t matter.
That basically what they told the several other users.
OK, you can act like this, but that’s for me the first time i that i must read something like that in this community.

For me, the biggest question is, why the developer don’t give us the choice to deactivate this crap ha-audio add-on. I don’t need anything from it. There are so many people here in the Forum and on GitHub begging for it, but we don’t even get an answer, why we can’t deactivate it. And this arrogant behavior really shocked me.

I have a huge setup with hundreds of sensors from outside ha. Reinstallation is no option, because i don’t have the time that this would take. Everything would be fine, if we only could deactivate a (for me) useless add-on.

If you have time, here are some best-of ha-audio problems.

Audio Container Month of "What the heck?!"

This is just a minor problem and it is related to supervisor and the audio container which gets spawned by supervisor… Please delete the thread if inappropriate / wrong category etc… I‘m super stoked that the generic linux install is not being left unsupported! However, I have setup 10-15 sites with HA and only ever had one single point of failure: HA Audio Addon I’m not the only one experiencing problems with ONLY this container: there‘s a whole bunch of people having all sorts of problem…

Hey Guys, since yesterday the load on my system has increased suddenly. The screenshot shows an nearly 100% CPU of the hassio_audio container. I use HA only for zigbee, nothing else, no video, no audio Any ideas ? [haasio_audio]

supervisor-2021.02.11 with hassio_audio-2021.02.1 on Debian 10 (Buster) Supervised installation I have to shutdown my installation because of high CPU usage and disk writes of...

Since there's bluetoothctl in hassos, I think the pulseaudio should load-module module-bluetooth-discover when start up.

Hello @pvizeli After the latest release #9 audio on my host system stopped working. Looks like hassio audio locked it... Wben I run...

Thank you for creating this really useful piece of software! But, with HA 2021.2.1 I get the following message: Failed to install addon The... 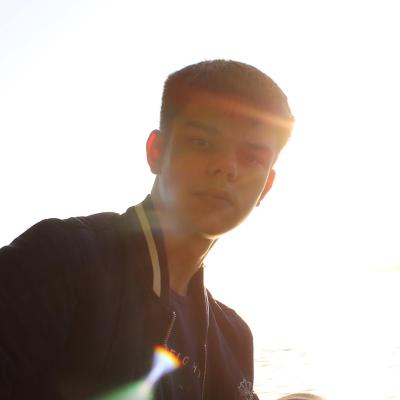 :heavy_plus_sign: Docker add-ons for Hass.io. Contribute to OPHoperHPO/hassio-addons development by creating an account on GitHub. 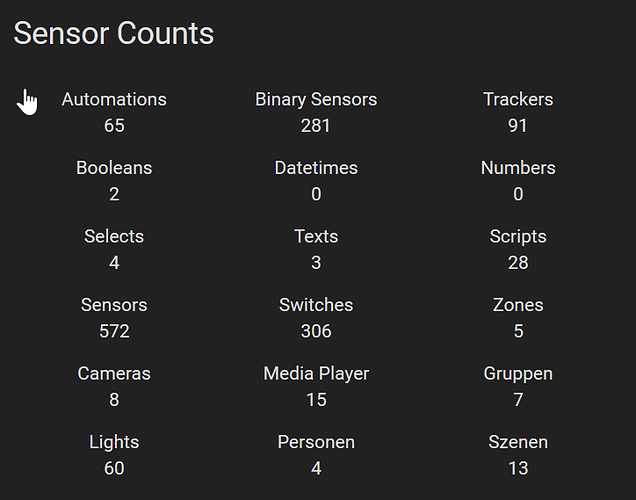 Forget to mention, I still don’t have a solution. The OPHoperHPO/hassio-addons only works on the last version and is not updated to work on the new ha.audio.
I searched hours for a “not that hacky” docker rm ha-audio container solution, but there is nothing i can do atm, as to look at my logfiles size going crazy… 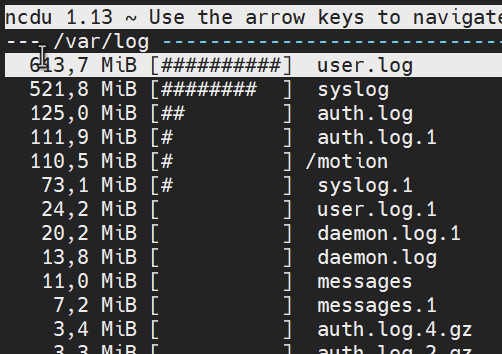 oh and I forgot to mention, that the system load increased by 50% and the cpu temp by around 10°C… Since i did the last update… 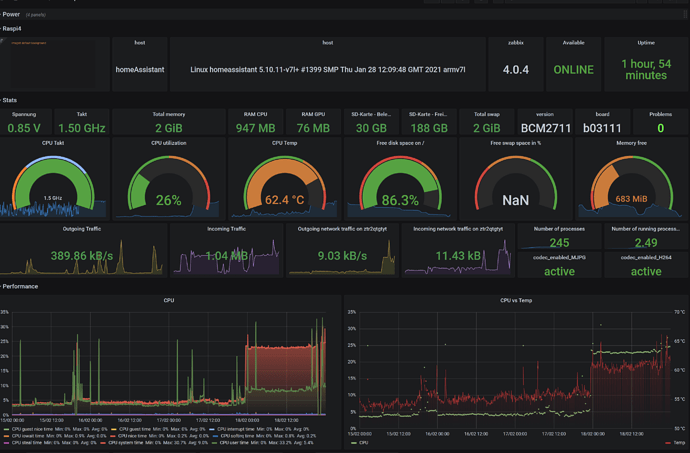 I think this error is keeping my sensor graphs flat lined too. Correct data is shown with number but graph stays still. 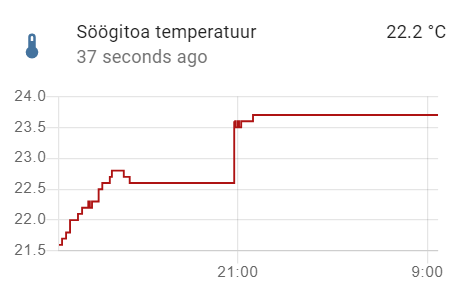 @ToreTigu I had this when my previous SSD failed. HA was still running, buttons and automations still functioned as if nothing was wrong. But when I rebooted the RPi at some point it just hanged and nothing happened. Turned out the SSD was in read-only mode as a way to prevent data loss, but I could not write to the disk anymore. This allowed me to make images of the boot and root partitions and restore that later to my new disk.

If you did not reboot/restart yet since you saw this, make sure you have a backup that you can restore later. If you can still create a HA snapshot, then you’re good and a disk failure seems not the cause. If you can’t, and you don’t have a recent snapshot, then at the very least you can edit your files and copy/paste the contents to files in Windows or wherever. Depending on what you’ve done with HA, I would consider e.g. configuration.yaml, secrets, scripts, automations, … , and go into Lovelace raw edit and copy the full definitions of your pages.