Thank you very much for the answer! I always thought that you need to pair with the SmartLife app just to get the keys and then Local Tuya replaces the SmartLife with local control. I wasn’t aware that the SmartLife is still required.

But know i am more confused than before… There are so many videos and posts around internet on why you should go local and not let Tuya track and gather data etc etc. How is this possible since SmartLife app is still required? Still it communicates with the Tuya server. The command comes from Local Tuya but Tuya still tracks that the bulb is on, the door is open, you are heating your house etc!

This post does a better job explaining it then I can

As for some ancient Smart Life app versions it was possible to extract the local keys directly from a rooted Android phone. Unfortunately this doesn’t work anymore since quite a while. The control centre for tuya devices is surley located in the tuya cloud. The Smart Life app is only communicating directly with tuya devices during the pairing process. Just cut off your internet connection and try to switch a tuya device from your phone using the same SSID as your tuya devices. It wont work prop…

The command comes from Local Tuya but Tuya still tracks that the bulb is on, the door is open, you are heating your house etc!

If you’re concerned about tracking, i honestly would avoid TUYA devices all together and stick with zigbee or zwave, or ESP/Tasmota wifi devices. Some Tuya devices can be flashed to completely take Tuya out of the picture. But even using local Tuya, there is some dependence on the Tuya infrastructure and at some point a connection is necessary to their servers.

I managed to integrate it into Home Assistant, however, I can only switch it on/off but color isn’t working. I’ve tried all available color modes (1 - 10) without success.
Does anybody have experience with this company/bulb?

Got it to work! Maybe the config helps somebody:
E14 Avatar Controls:

Thanks for this great integration!
Can I now, after adding the bulbs to HA, completely delete my Tuya IoT Cloud Account?

Can I now, after adding the bulbs to HA, completely delete my Tuya IoT Cloud Account?

Better not. Whenever you have to re-pair one or more of your tuya based devices they’ll get a new key assigned to them which you will need to reconnect those devices to Tuya Local.

Good to know. However, isn’t my account useless in about one month when the IoT Core free trial subscription ends?

isn’t my account useless in about one month when the IoT Core free trial subscription ends?

I can not answer you this one. I opened my account some time last year before they offered “trial subscriptions”. Best is you search the tuya-threads in the forum about the latter.

Hi All,
Has anyone tried to configure ‘Moes Wake Up Light II’? 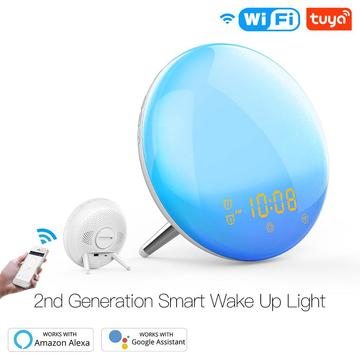 I’m using the latest LocalTuya and sometimes some of the lights randomly became unavailable. I configed all lights from the UI not from the yaml file.

I tried reload the integration and reboot HA, but sometimes works and sometimes still doesn’t work. The light itself worked ok from smartlife app. Remove it and add it back usually works but seems too much to do it everyone this happens. Anyone has fix? Thanks.

I have the same issue. My router is blocking DNS for the Tuyas and each Tuya IP is blocked so I am in true local mode. I assumed this was the reason they were falling offline. I can restore my switches (outlet plugs are the biggest culprit) by cycling them by hand most of the time.

Do you have similar settings?

I didn’t block anything and “unavailable” randomly happened. The latest one I had happened on 2:30am, while other 3 works ok.

I’m trying to set up the Service API on IoT tuya. But according to the docs, I should subscribe to “IoT Data Analytics”… But there is no such subscription available to me. IoT Core, authorization, Smart home scene linkage and Data dashboard service is what I’m currently subscribed at.

thats been depreciated, you need to add device status notification as an extra one, it says trial but its free and not feature limited

I set up 2 teckin smart plugs in Tuya local.
First is connected to washing machine and second to electric radiator.
Both entities show correct power, but radiator in energy dasboard is way off.
4,09kWh in dashboard vs 0,26kWh in Tuya app.
Washer shows 1,92kWh vs 1,86kWh in Tuya app.

I’m using the latest LocalTuya and sometimes some of the lights randomly became unavailable. I configed all lights from the UI not from the yaml file.

I am using Zemismart blind motors through Tuya Local - they use a wifi dongle for each fan. I had a lot of issues with drop-outs and the blinds going off-line sporadically.

Turns out it was two issues:

They now have close to line of sight and the random dropouts have gone… for now!

I always think that there are many many open network requests at startup and some of them fails but recovered in constitutive ones.

So, i am also having the similar issue but it is always recovered before full lunch complete

Just to share my findings using localtuya with a star / galaxy light projector for the kid’s room:

Everything works very well, the only caveat I ran into is that the internal motor speed doesn’t get exposed, it’s not configurable via the integration. This is probably a device design issue since I notice that also the official Tuya app does not expose this.

Everything that the official app exposes is configurable via this integration.

Note, in the beginning I was having WiFi drops from this device every few hours and the only way to recover was a power reset. Also if WiFi dropped because of some configuration change in the AP, the device was unable to recover connectivity. I seem to have fixed this by created a dedicated “IOT” SSID, setting it up as WPA2-only and using a numbers-only key, I read somewhere that basic inexpensive devices such as this one are known to have problems with muticase/mixed type keys.
FWIW my AP is AX-enabled and running asus merlin. I did not have to disable AX support in it.

bought one of these from coles 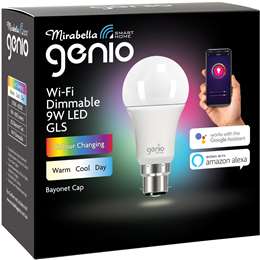 thnx to tuyalocal ive got these running local, its great quick response and control without the cloud
found the following settings worked…

Can Tuya Local can be used in parallel with the Tuya cloud based app?

Thanks for sharing. I switched to use official tuya and this issue never happened again. My router and tuya lights are all in same location. I guess my issue may not related to wifi signal.