Over the last few months i’ve had a lot of success with HA automating my entertainment, electric fire and a couple of laps with sonoff/tasmota all integrated with google assistant all working very nice.

The issue I have now like most of us in the UK is no neutral wire in the light switch, which rules out the sonoff light switches

. At the moment i’m leaning towards the idea of using xiaomi, which doesn’t quite fulfill my requirements but I think it’s the closest i’m going to get. So before I commit though I would ask if anyone can recommend alternatives or confirm xiaomi is the best option.

You could check the Enocean products, which harvest energy from kinetics, like an electronic piezo lighter.

No neutral wire in light switch (This is a must)
Not cloud based and would prefer no hub
Keep functionality of the lightswitch (still work if HA fails) and report state to HA if its turned on/off at the switch.
Pull switch - I have a couple of pull switches i would like to make smart (I may have to do something separate with these)
Cheap - Paying £40-50 for the mainstream brands is ridiculous

I dont think there is anything for the UK that meets all these criteira I’m afraid.

I have a few rf light switches which are relatively cheap and controlled through broadlink rm pro. Generally works well and I toyed with the idea of adding sonoff at the ceiling rose so it could report status. A bit of a faff but that’s the trade off of it being cheap - but I am lucky I have neutrals at my switch so wasn’t an issue in the end. Others have done it and say it works well enough. There is only a slight delay in the update of the status. Only issue was when adding motion sensors.

This looks interesting https://getden.co.uk/ but no that cheap and still requires a hub, plus not sure how local vs Cloud based it is.

I thought the xiaomi also required neutral? Could be wrong not looked at it that closely

Edit - you are right it doesnt require a neutral. Does need a hub though but in the overall scheme of things probably the best option

I use these 433Mhz switches, which meet all you requirements except feedback to HA. Personally, I don’t find it is a great loss. 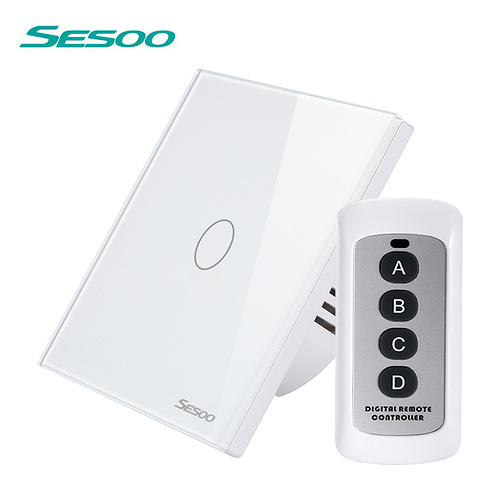 If you’re happy with Sonoffs, put it at the ceiling rose and use the wires to the switch connected to the Sonoffs GPIO, I did a diagram on one of the threads showing how to do this.

@EGO01 I know i’m not going to meet all the requirements but i just want to get a feel for what other people have done and ensure i’ve not missed something before i commit incase i missed something.
The den products keep popping up on these forums. They have pre order prices listed now. Not cheap but maybe worth looking into a bit more. It seems like a UK version of Xiaomi

@gpbenton I have a old home easy RF device, which im controlling though Broadlink RM pro at the moment, however we use the light switch quite a bit so its always out of sync. This causes some problems with automations e.g. if the main light is turned on turn off the lamp etc.

@Bobby_Nobble Thnk I get the idea. Just don’t want the lights to stop working if my HA goes down I could just imagine a phone call from my wife trying to talk he through how to get it up and running again

Z-Wave based dimmer modules, if your bulbs are all dimmable, would meet most of your requirements. They don’t require a hub, but do require a Z-Wave USB stick connected to your Home Assistant system.

They’re not cheap (mostly in your £40 to £50 range I’m afraid), but the Everspring units are about £36. They will however work with pull switches, existing wall switches, etc.

USB dongle on HA is fine just really don’t want yet another piece of hardware floating round if i can help it.
Do you mean these things? 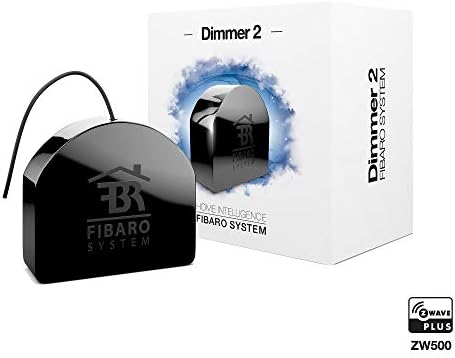 @Bobby_Nobble Thnk I get the idea. Just don’t want the lights to stop working if my HA goes down I could just imagine a phone call from my wife trying to talk he through how to get it up and running again

That’s the whole point of doing it that way, switching via the gpio is completely independent of your network and therefore totally HA, WiFi, wife and visitor proof. A Basic is no more than £3.80 delivered from China.

Here’s the how to, the number of ways the circuit is makes no difference at the ceiling rose…

You only need one Sonoff, all two-way and three-way circuits are just like points on a train track that switch the route and make or break the circuit with the power fed in at one point. the wiring at the light fitting will be the same whatever number of ways it is, the extra is just more wiring looping from switch to switch. In this two-way diagram, you’d remove 2 & 3 and attach them to gpio 14 and gnd on the Sonoff. Remove 1 & 8 and attach to the output of the Sonoff. Then attach a wire from …

That’s awesome. I have a couple of Sonoff Basics i’m waiting on for a couple of lamps so i’ll have a play when they turn up then possibly order some more.

Those, and other brands. Vesternet is a supplier I’ve found to have a good range (and good service).

Sorry is been a while since i replied. I would just like to say thanks to everyone for their suggestions.

I have now installed a Sonoff Basic on a light under the stairs using GPIO for the switch and a HA automation to turn it off after 1 minute of it being turned on and its working very well. Not my first choice of room but the one that effects everyone else least and easiest access to wiring. The rest of the house to follow.

I feel i need to clarify my requirement on cost incase this post helps anyone else. I didn’t mind spending money I just feel with the massive price range of different systems that some companies are clearly just trying to cash in.The fibaro’s look very good and almost bought one to try out but the more I thought about it the sonoff’s were a better fit for me. Plus I have no real requirements for dimming.

Does anyone know if there are any implications in terms of electrical regs by going down the sonoff route in a ceiling rose ?

Would something like that need to be signed off or is it even considered safe from a regs point of view ?

Well you could replace your light fitting and that’s ok from a regs point of view. So if the sonoff device is under the rose is that not then considered part of the light fitting?

I guess so, but are light fittings certified in any way? - so its assumed you’ll be fitting something tested as safe?

I should point out I know zero about electrical regs… Just interested in how mods like this are viewed.

I would guess CE certification, which is what the sonoff has too but I’m no expert in that field.

To be honest I’ve not rushed mine and ended up with a mix of Xiaomi switches and sonoff because I couldn’t put the sonoff in my living room there’s no access to the switch wires from the light fitting.

So I’ve ended up with using Xiaomi as default because I like the switches, it’s an easier replacement where they will go and replaced some single switches for double switches for automations. Then sonoff for the non standard square switch like the bathroom pulley.

The sonoff does NOT have CE safety certification. Read the certificates on their web site.

What’s the certificate on this page about then?