I’m not sure the best way to post and solve my problems/concerns.
We have been working on a forever project of converting an old industrial building to a residential loft style residence - forever as in year 4 and we are still 1 or more years out.

I’ve settled on HA as the system to use, but I can’t find wall box devices that do what I think I want them to do.

Being an huge open plan space, we will have at least two ‘tabletop’ touch screens for control.
Beyond that, I think we will only 5 wall stations.
All of the lighting currently designed will be DMX controlled, so there will be no need for local wall box switches. There will most likely be a dedicated backend lighting system to generate the DMX and control the lights. It will only need instructions to recall the scenes.

I have found several devices that have a great look, but I can’t for the life of me figure out if they will work with HA, or if they will only work in a limited manner.

I think the main needs are going to be:

We need to start pulling wires for these devices and I’d rather only have POE devices, but we can run whatever we need.

Am I missing something?
Are there ‘off-the-shelf’ options that will integrate and get us the flexibility I am looking for?

And yes - I have spent days and hours over the last 3 years trying to figure this out, but I can’t wait any longer!

What about tablets with one of the many Horne assistant front ends?

Sure - who makes a clean wall box mounting for them?
I have not seen anything that rises to the level of the examples.

People do a lot of DIY, there are plenty of examples in this forum. Picture frames, 3d prints.

Also there are industrial tablets in AliExpress. Some are POE which would be useful.

I had not thought of that search term, but a quick review isn’t turning up what I was hoping to find.

DIY is not exactly going to create the look I’m going for. I have reviewed the examples in the forums and while beautiful, and appropriate for many projects, are not what we would like.

I just find it odd, that given all the hacking and API’s built for so many consumer/retail devices that no one has figured out how to hack any of these beautiful wall mount controllers.

If I had the ability, I’d buy the devices, use the hardware to build a new backend.
To me it’s about being able to leverage the lower cost of the mass production of enclosures and get the interoperability needed for HA. I know it’s more complicated than that, but in my mind, once you have a CPU, memory chip, display & POE power circuit, the only obstacle is the firmware/software.

The Brilliant Controls single dimmer wall controller seems like a perfect device to hack - it’s $300 and it is code compliant. While I don’t need the dimmer for my project, the rest of the hardware seems fully capable - but the current user GUI is not really what I want and it doesn’t appear to be hacked (yet?).

I have posted previously about the BSSaudio wall controllers - while not touchscreen, are very cool and have a knob, which I find very enjoyable to use. Soundweb Contrio
I have one and have tried to get it working, but need other components to communicate.
I’m trying to see if it’s possible to capture the user interaction data to do other things outside of the Soundweb.

If there any smart minds out there that want to go down this path with me, I’m interested in a partnership and/or to help fund getting hardware.

I’ve settled on HA as the system to use, but I can’t find wall box devices that do what I think I want them to do.

I know what you mean. There’s a metric ton of DIY wall mounts for tablets, PC monitors, Raspberry Pi screens and whatnot available all around the internet. Up to this day I have not found a single one I would consider acceptable. They all look so, for the lack of a better term, amateurish. None of them look even remotely professional. With many of them, it just screams ‘tablet velcroed to the wall’. But even the more advanced ones, like Makes by Mike and similar, just have this distinct (and in my case, unwelcome) DIY feeling to them. I can’t really pinpoint it. Maybe it’s just the form factor that screams tablet.

I personally gave up. I just use a tablet lying on a shelf.

Maybe the more industrial type screens nickrout mentioned would be a better option. Or maybe having a custom designed and professionally cut glass front, together with a perfect fit custom made aluminum inwall mounting enclosure and sticking a bare screen panel in there. Touch may be an issue. Price too. Probably not worth the effort.

A quick look at their website didn’t reveal any way to interact except by their proprietary firmware.

Is an android tablet running android 7.1. If you can cross load software, the path should be easy with the HA app or any web browser.

Again the website gives no idea how to interact with this thing.

Funnily enough I discovered that the control screen on our office photocopier/scanner/printer is actually and android tablet.

Nickrout, That’s a pretty nice unit - thanks for the link.
probably a perfect fit for the main house control - but too big for other rooms.

I feel pretty confident I could cross load software, so that’s not a concern.

I did some more looking today and found some possible options:
Can KNX wall stations be flashed/cross-loaded to other firmware?
There appear to some nice options in the 3.5" and 4" form factors.
I noticed that KNX is listed in the integrations section, but don’t see how touchscreens would be connected?
This page leads me to believe that the Zennio devices are KNX.

I also found this company - and it states right on the datasheets, that they are Linux based.
Arcus Controls
Not the most elegant - but pretty finished looking.

I’m also kind of excited that I found an ARTNET/DMX output ‘module’ so I can run my dmx lighting directly from HA!

More as I figure it out.

There are also nextion devices, which work with home assistant via esphome. 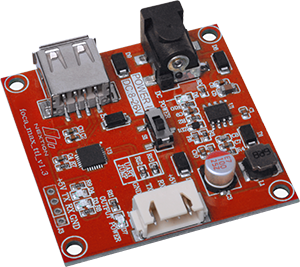 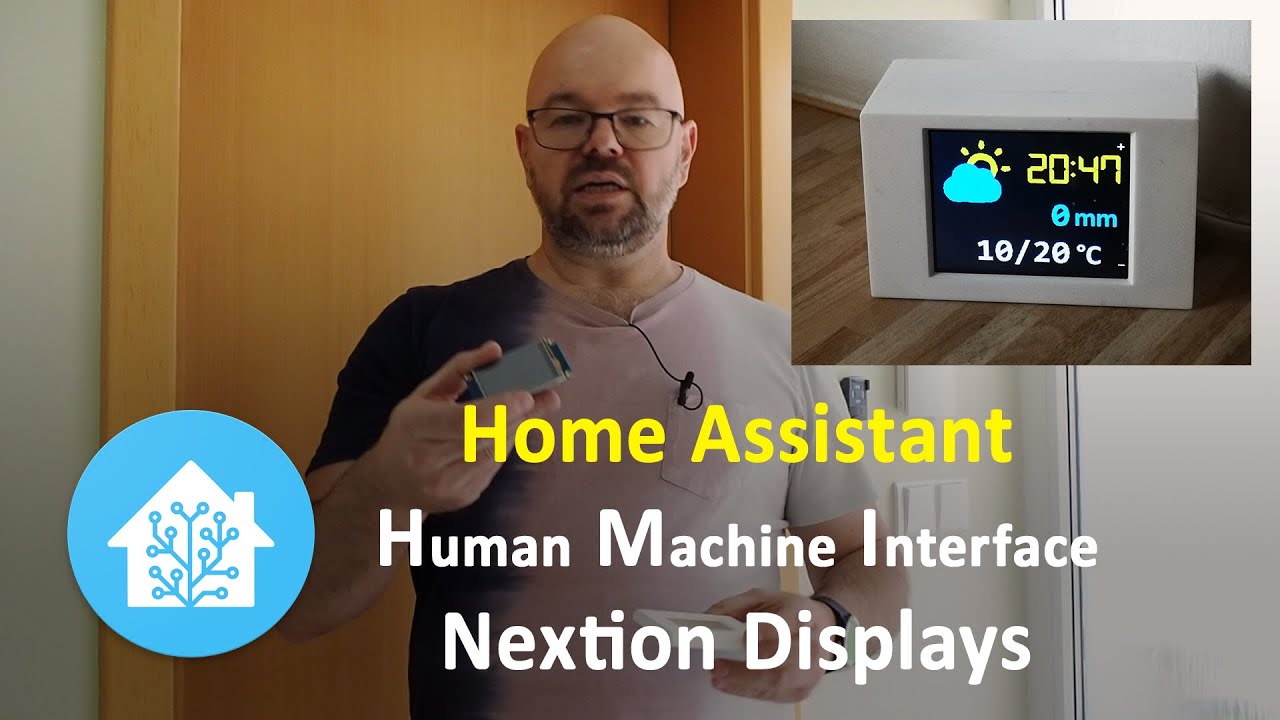 The advantage of going for a setup based around generic tablets, of course, is that when devices eventually pack up, you can more easily replace them with something different. If your system is built around a bespoke device from a specific vendor, and they either go out of business or don’t support old hardware, you’re back to square one.

I watched that video earlier,
but again - those are DIY… Not really meeting the desired need.

Here’s the issue, as an example, the master bathroom is going to use large format 10’ x 4’ wall tile - I am not going to use a 3d printed mount on the wall.
One of the walls might be silver-leafed…

The industrial metal 1970’s staircase was stripped and wire-brushed for 3 weeks - whatever is on the wall needs to match the fit and finish of the space, not only the housing, but graphics and the tiny details.

We are also looking at the ‘under-counter’ induction cooktops, so the DIY just doesn’t strike the right tone.
I am not saying any of this to diminish the usefulness of DIY - I have it all over my office, and our old 1930’s brownstone in the city, I built multiple odd devices… But this new space is a different animal.

An added bonus, for my partner, is that as a designed product, should have some kind of listing.
Although the REVOX device does not have it on the spec sheet.
I’ll call them tomorrow.

I’m making the assumption that I can run lovelace in a browser window right from Android?
Will it be possible to direct what is showing on a specific devices browser? or is there another way to direct what is displayed?

Now that I found this, I’m going to jump in and start a testing configuration! (my excitement probably isn’t apparent in the words… LOL).

Good point.
Although I’ve found the bigger problem over the years to be software upgrades rather than hardware failure.

Hoping that in a few years, more ‘high-end’ devices will be in the space.
It’s certainly headed this way.

Will it be possible to direct what is showing on a specific devices browser?

Yes, you can set up different dashboards and/or users. Get the Fully Kiosk Browser Android app, which is brilliant for use as a HA static display manager.

I find it odd that you can build what sounds like a beautiful space, but you ae unable to build a suitable bezel for something like a nextion screen.

As for the look of content, that is entirely up to you

An added bonus, for my partner, is that as a designed product, should have some kind of listing.

What do you mean a “listing”

Listing: UL, ETL, CE… Something that says someone thought about this thing not burning your house down. I’m not super concerned in my particular case because the entire space is steel and concrete, not to mention almost fully fire sprinklered.

In regards to a suitable bezel - it is fully possible, it’s just not in my time-allotment to get it accomplished. The building we are renovating is a full time project (Personal residence, office, workshop & 2 storefronts in a historic downtown) along with my full time job. It has required a huge amount of doing thing 3! times because contractors don’t know how to work on historic buildings.

I think I should probably get a mock install of HA running and play with it before trying to go too much farther. From building standpoint, I’m thinking running two Cat6 cables to possible switch locations for whatever we might end up doing.

A draft render of the space: 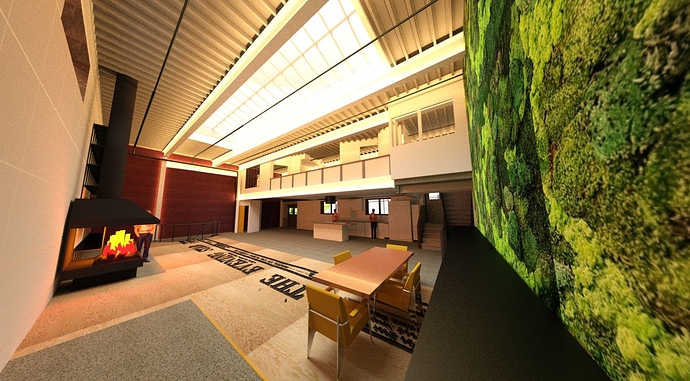 Of the links you sent - the ‘video doorbell’ devices look the best.
But I was hoping to find one in the 4" form factor for the secondary spaces.

I like the design of the Lanbon products. If it wasn’t for the tiny and medicore quality screen. Not sure how easy it is to flash them with alternative FW. 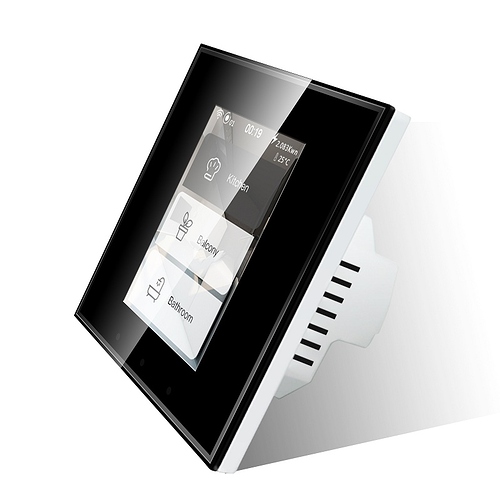 That form factor, but with a larger screen would be ideal. 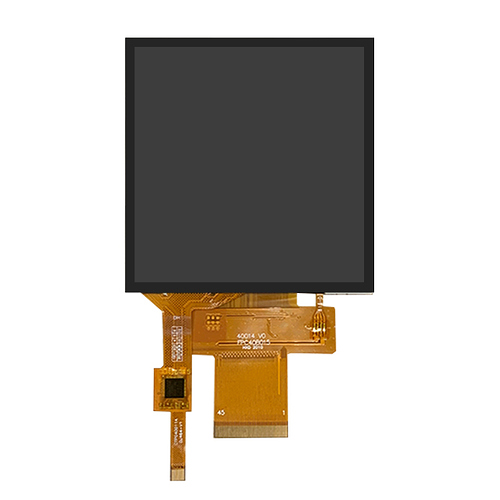 This one would be even better, but does not come with a capacitive touch film: 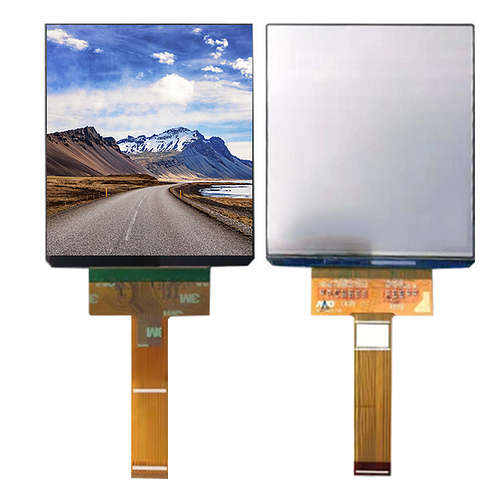 WE LOVE that show! But we don’t have anything that even comes close that level of ‘reality’ in the USA and what it takes to actually make something grand! And there are no big fights on that show, no one would watch it… Nor would they pay to track a project for several years.