WTH do all tabs look so different? (developer tools, supervisor and configuration) 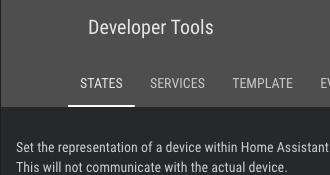 Simple answer: because they were made at different times by different people.

But I agree, it would be good to go through and make some UI updates to bring them up to current standards.

I nearly opened a WTH on this, but I after studying it more and thinking about what changes I’d make, decided it was /mostly/ ok.

The biggest thing I’d change is to arrange the “groups” on the base configuration page to be similar to the boxes on the Add-ons page. This eliminates the massive waste of white space, makes scrolling less likely.

I don’t know how you’d improve the developers tool window (other than it’s currently using an older style of tabs compared to the tabs when you dive into a configuration group)… it would be nice to not bury it under another layer of menus just for the sake of making it consistent.

Honestly, I wouldn’t change much! Only make sure the headers match on every page, remove titles / or make sure they match the according text in the sidebar (see Configuration -> Configure Home Assistant), Configuration in 3 columns instead of 1 plus logs & server control more prominent.

WTH is with all the empty visual real-estate in automation/script editors, configuration page, etc?